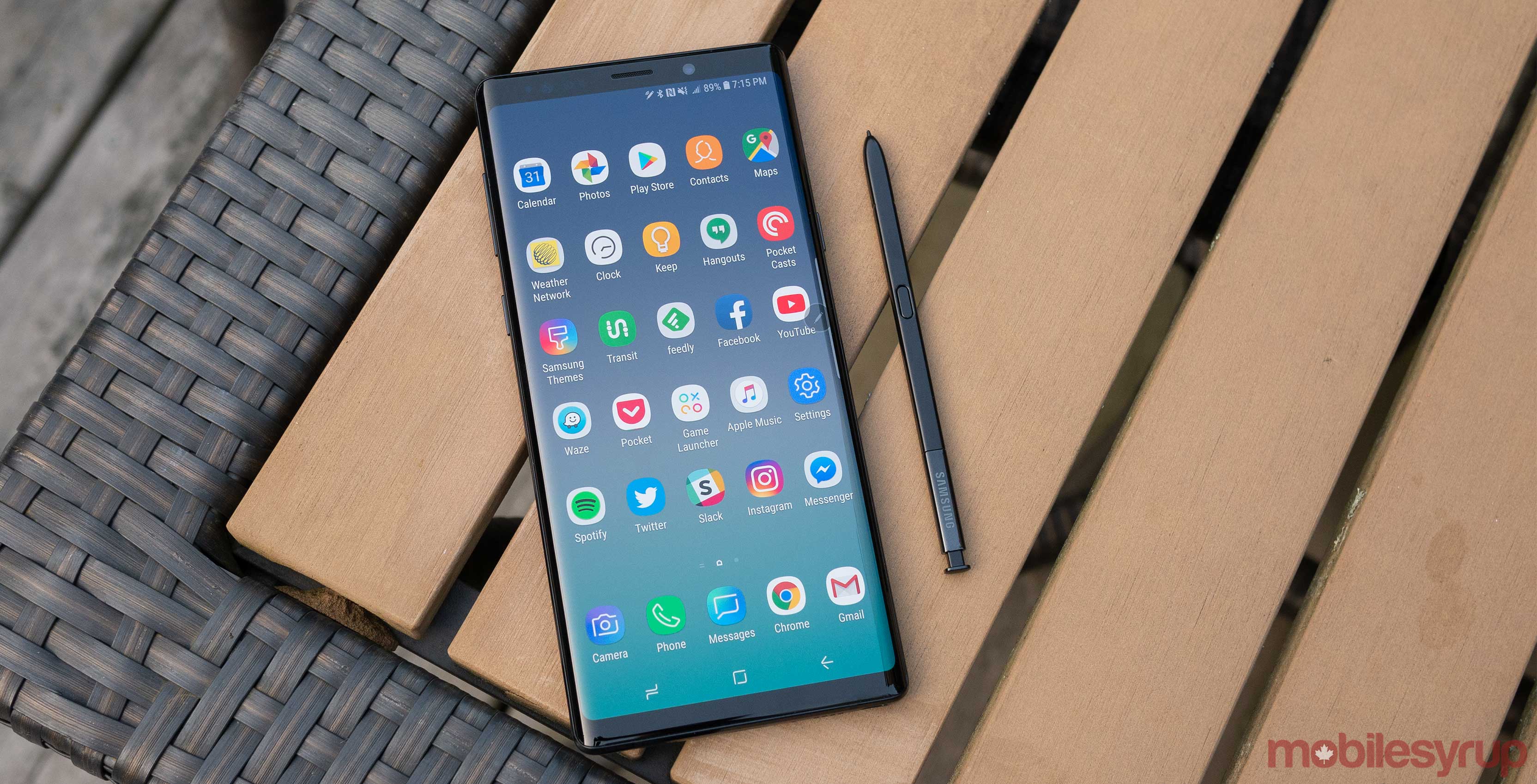 With Samsung’s Android Pie update coming next year, themes are going to change in a bad way.

According to a notice that’s been circulating in the Samsung Themes Store, starting with Android 9 Pie, free themes will only work for 14 days. 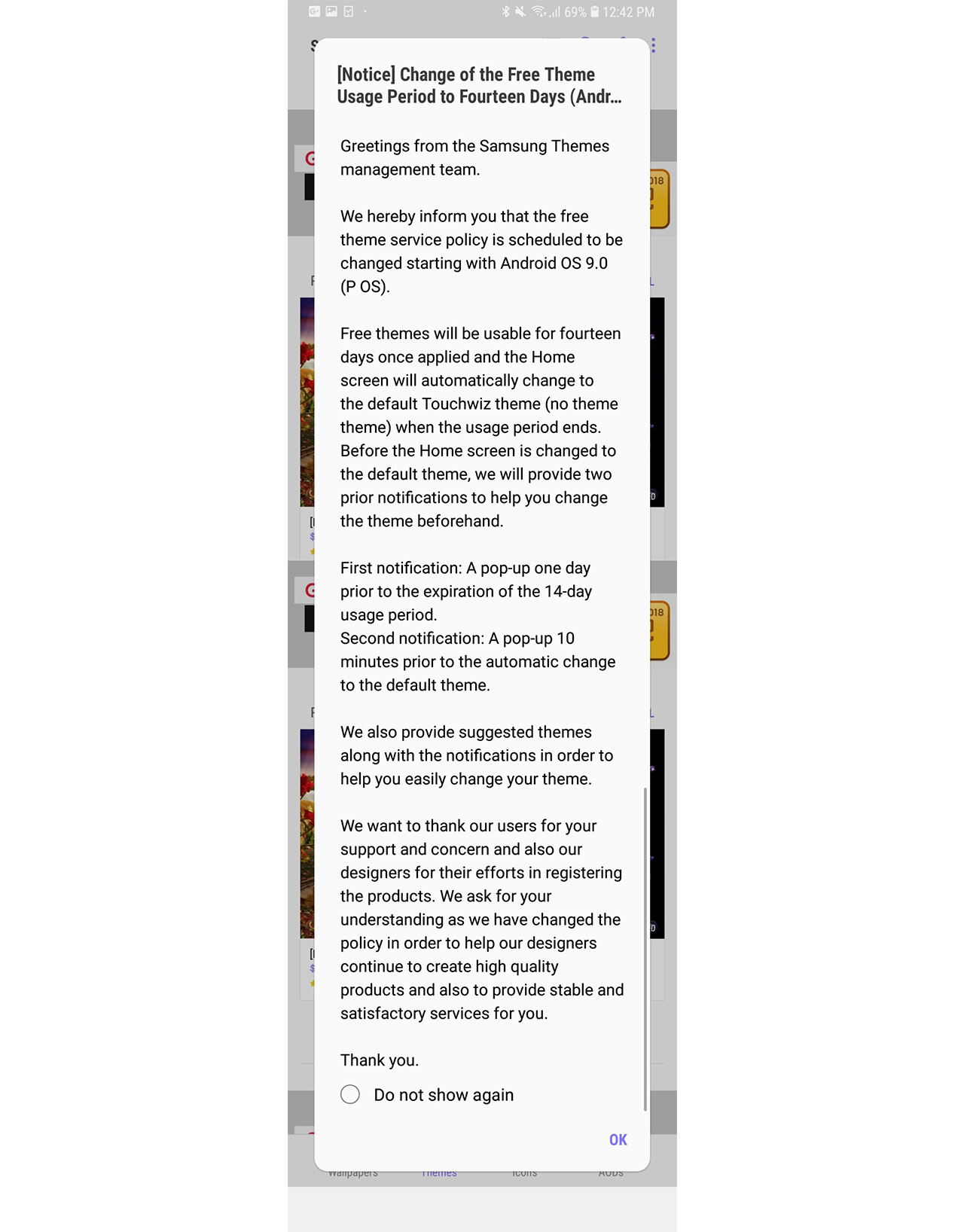 After that trial period, the theme will revert to Samsung’s default theme — the new One UI in Android Pie.

It’s not entirely clear why Samsung has chosen to do this. It could be an effort of the South Korean company to encourage people to use its One UI, or it could be a way to push more paid theme sales.

Regardless of the reasoning, it’s a frustrating change. Thankfully, users won’t have to deal with it until the new year. Hopefully, that’s enough time for Samsung to change its mind.