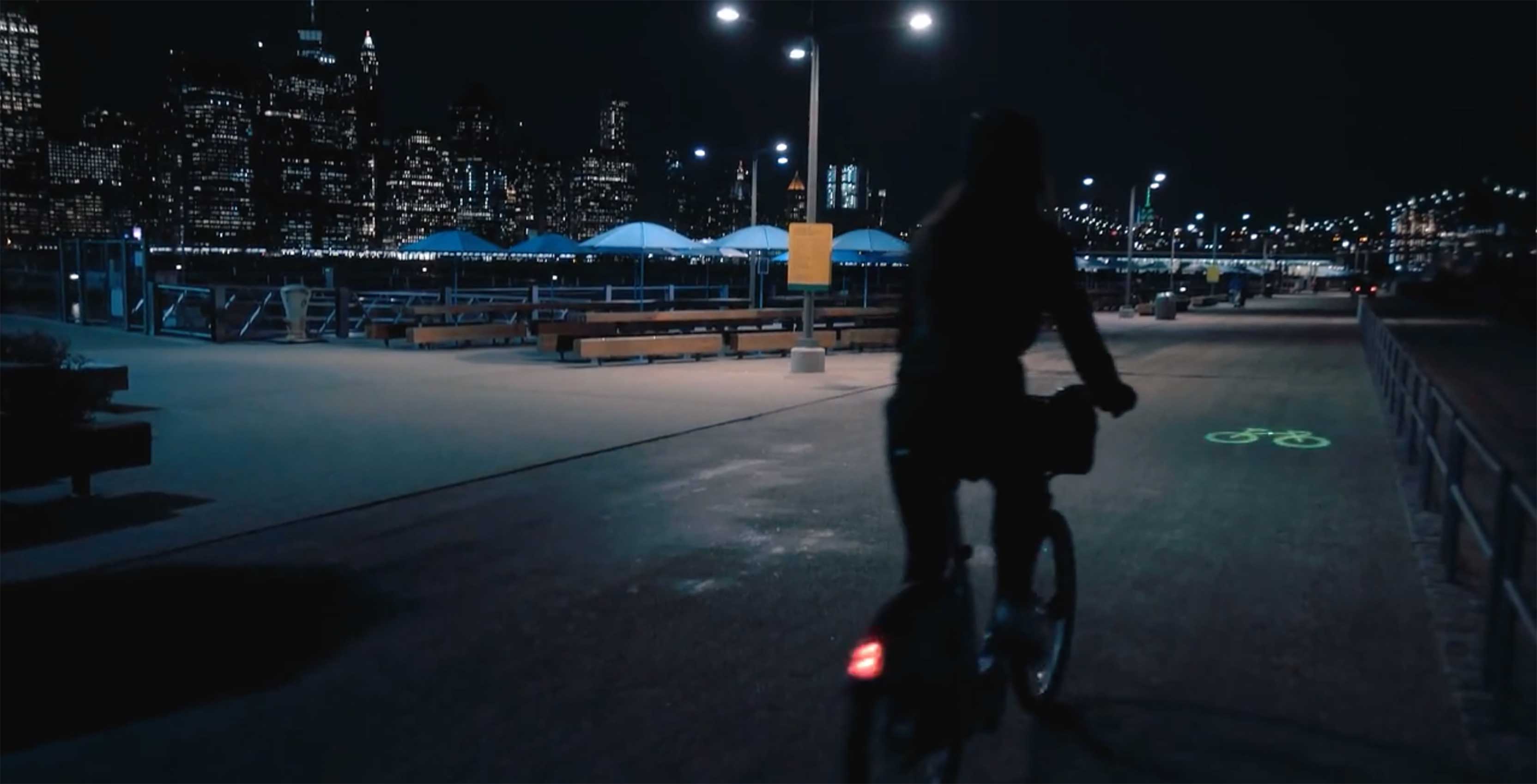 Bicycles are a great method of transportation that offer both eco-friendly and exercise benefits.

They’re not always safe, however. According to an April 2017 Statistics Canada report, there were a total of 1,408 deaths between 1994 and 2012. In other words, this averages out to 74 bike-related accidents a year, in addition to the 7,500 average cases of serious injuries recorded by CAA. This has led to a discussion on whether bike safety is being taken seriously.

With that in mind, U.K.-based startup Beryl has designed the Laserlight Core, a Kickstarter-backed projection bike light for safer cycling.

As a complete redesign from the company’s previous Laserlight Blaze, the Laserlight Core is designed to eliminate drivers’ blindspots by projecting an image of a cyclist six metres in front of the bike.

Citing data from the Transport Research Lab, Beryl says that laser technology has been proven to make cyclists up 32 percent more visible to drivers. A Day Flash mode means that the Laserlight Core’s 400 lumens light can even be visible in during day rides.

Riders will be able to choose whether they want to emit a constant beam of light or a flashing laser, as well as the degree of the light’s intensity. According to Beryl, a constant laser projected at the highest light capacity would last 1.5 hours, while lights emitted at lower intensities and frequencies can be used for up to 14 hours. Once battery life is drained, the Laserlight Core can be recharged using a standard micro USB cable.

In terms of specifications, the Laserlight Core weighs in at a pint-sized 100g with its bracket, with measures sitting at 10.6cm from end-to-end, 3.3cm in width and 3.9cm in height. Further, Beryl also promises an easy setup for the Laserlight Core thanks to the a bracket that clips around the handlebars — no tools required. Meanwhile, the device is also waterproof for extra protection on those wetter days.

As of the time of writing, the Laserlight Core has raised $57,709 USD (approximately $74,409 CAD) on Kickstarter, exceeding its goal of $50,000 USD (roughly $64,642 CAD). The funding period will continue until November 6th, with shipments expected to begin worldwide later that month.

Pledges that include the light start at discounted rates of $69 USD (about $89 CAD), with the final retail price expected to be about $90 USD (around $116.50). Beryl is also throwing in a ‘Burner Brake’ accessory that adds a rear light to the bike in higher pledges.

While many companies add on a shipping fee for international orders, Beryl is offering free shipping of the Laserlight Core to Canada.

Given the number of people that are killed or injured in bike-related accidents in Canada alone, it’s great to see a device like this that aims to improve bike safety.

This kind of technology is more than just a Kickstarter idea, too. Back in July, public bike sharing service BIXI Montreal launched a pilot test for a similar Laserlight device, also citing Transport Research Laboratory’s data on the greater cycling safety offered through laser technology.

Therefore, having a company like Beryl make this tech available for wider use outside of bike sharing services is most welcome. Of course, it remains to be seen just how successful these kinds of lights are in practice, especially if they come from the sometimes-unreliable world of crowdfunding.

Conceptually, though, this definitely sounds like a good way to make roads a safer place for everyone, so here’s hoping it all pans out.