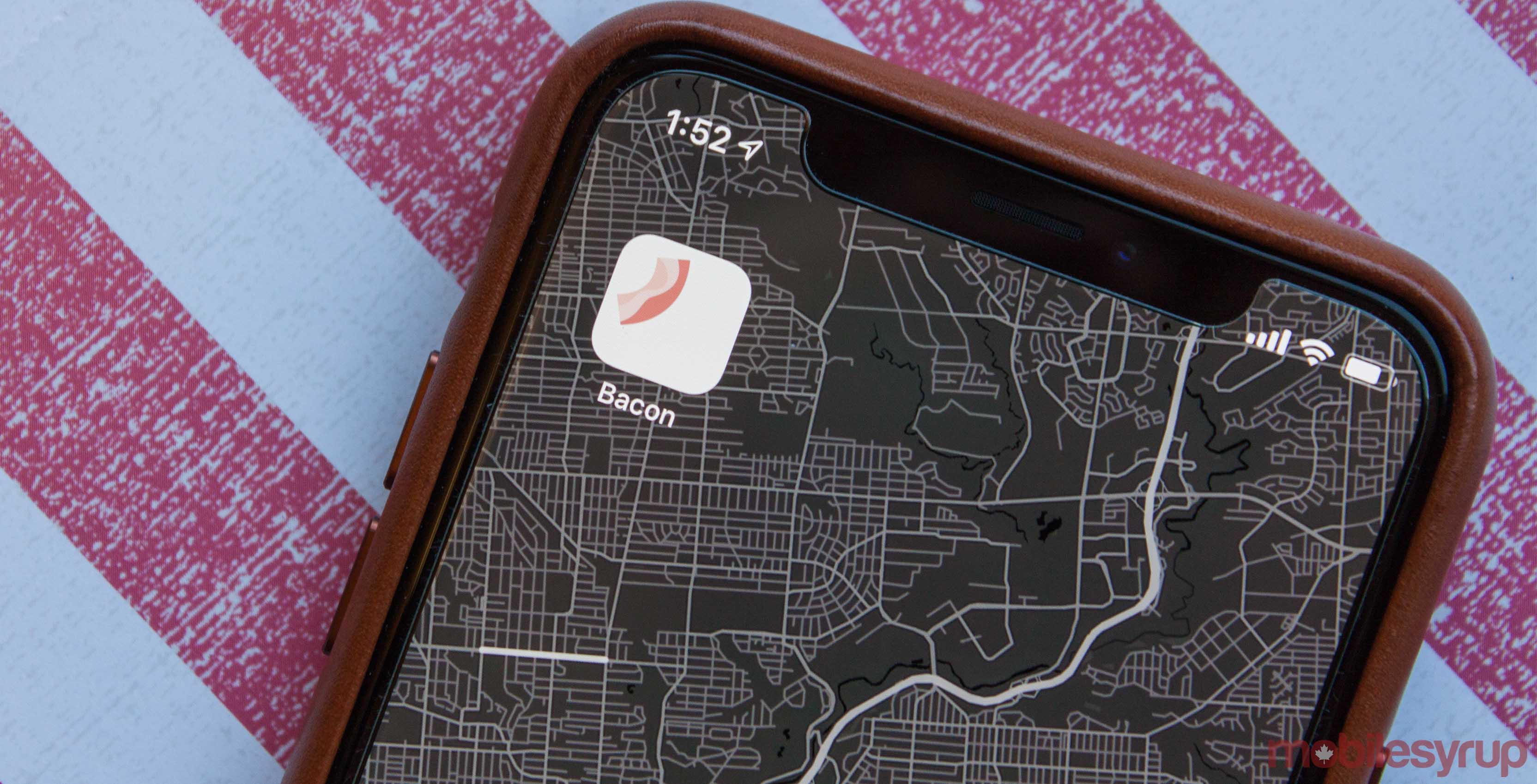 This fun ‘one-button’ action game from developer Philipp Stollenmayer asks you to put bacon on everything. And for a game where the only mechanic is tapping the screen, it’s surprisingly complex.

When you start the game, you’ll find yourself in control of two things. The first is a pan. When you tap the screen, the pan flicks up. Very simple. 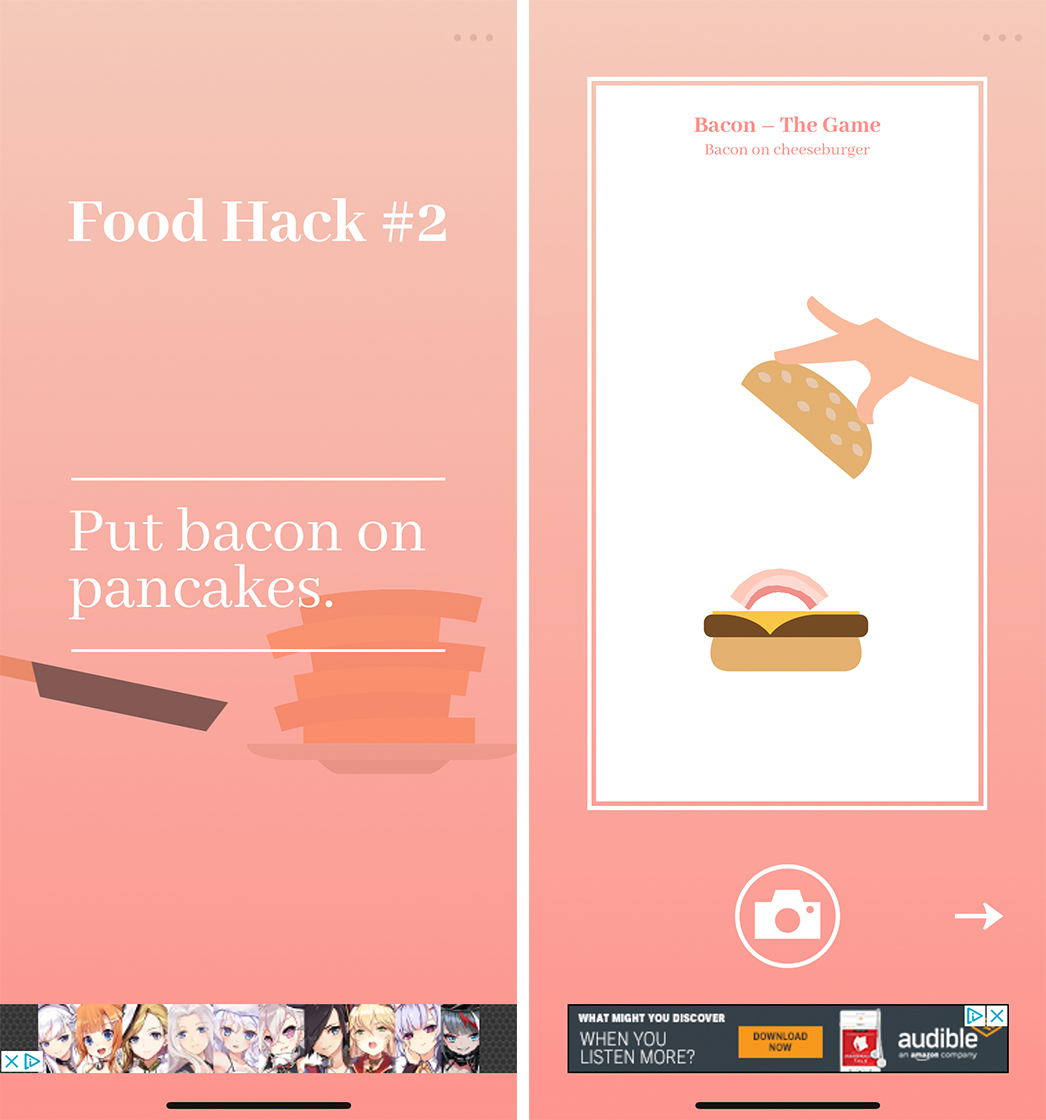 The other thing you control is a hand holding a piece of raw bacon. When you tap the screen, the hand drops the bacon.

The goal is simple: release the bacon, then use the pan to flip it onto anything. Burgers, pancakes, the U.S. The game gets clever as it goes. One level asks you to put bacon on the iOS camera permission dialogue. The game, naturally, requests access to the camera to bring up that dialogue.

The next level asks you to put bacon on the Mona Lisa, but in a clever twist, the face is your face, captured with the front-facing camera you’ve allowed the game to use.

Aside from being smart, the game requires you to think about your taps. Releasing the bacon too soon can send it spinning wildly past your pan. Release too late, and you might not have enough ‘oomf’ to launch the bacon at its target. 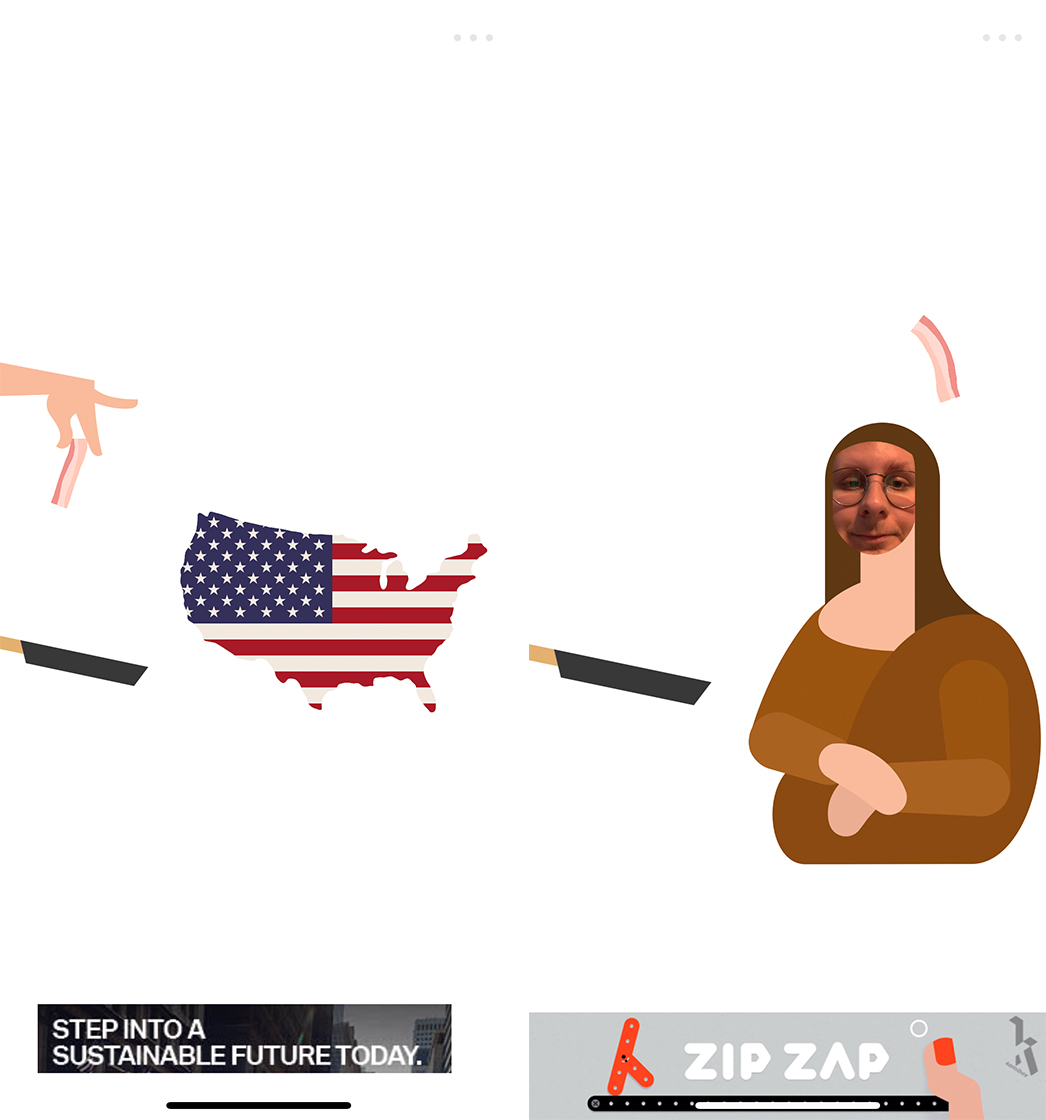 Bacon – The Game is a fun and silly mobile game that is true to its name. It’s well designed, with a unique art style and witty humour.

I’d recommend giving it a try. The game is free on the App Store. Unfortunately, it’s not available for Android users yet. However, the developer has several other games on Android. Burger – The Game requires players to use similar mechanics to build the highest burgers.

You can download Bacon – The Game here on iOS, or check out the other games for Android here.