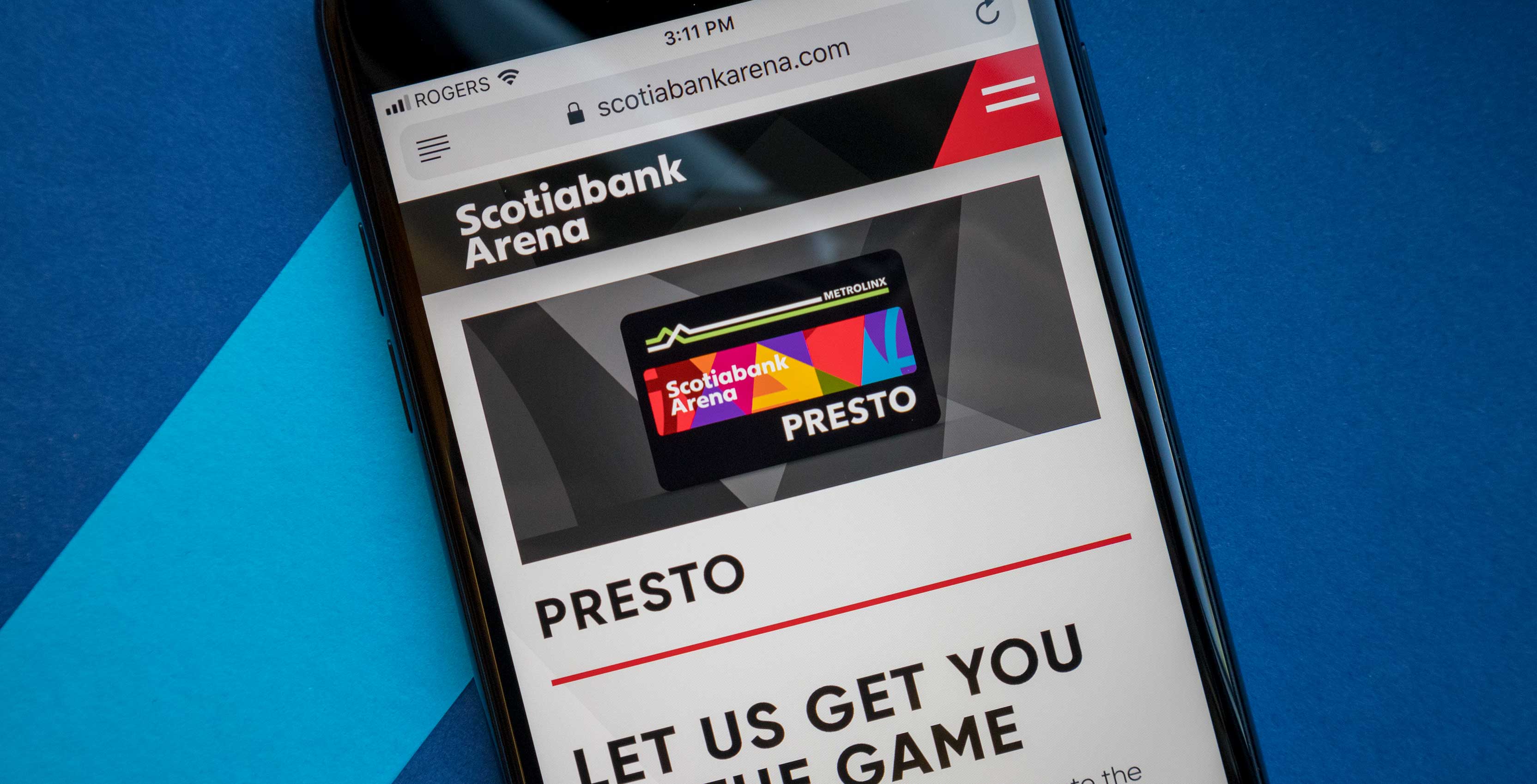 The national bank is getting ready for the upcoming NHL and NBA seasons by giving away thousands of pre-loaded Presto cards to celebrate home games.

The first Maple Leaf home game is against the Montreal Canadiens on Wednesday, October 3rd. A few weeks later, on October 17th, the arena will do the same when the Raptors take on the Cleveland Cavaliers.

Commuters will find the free cards, while supplies last, at select TTC and GO stations on both days starting at 4 pm ET.

GO stations, meanwhile, will stock 750 cards. Each one will have $8 on it.

To get a card at a TTC station, make sure to visit either Spadina, College, Kipling, Finch, Eglinton, Don Mills and Kennedy Stations. GO stations in Oakville, Mimico, Pickering and Scarborough are going to stock the cards as well.

This is exciting, but these cool looking cards will matter less and less as Metrolinx gets closer to launching a Presto mobile app