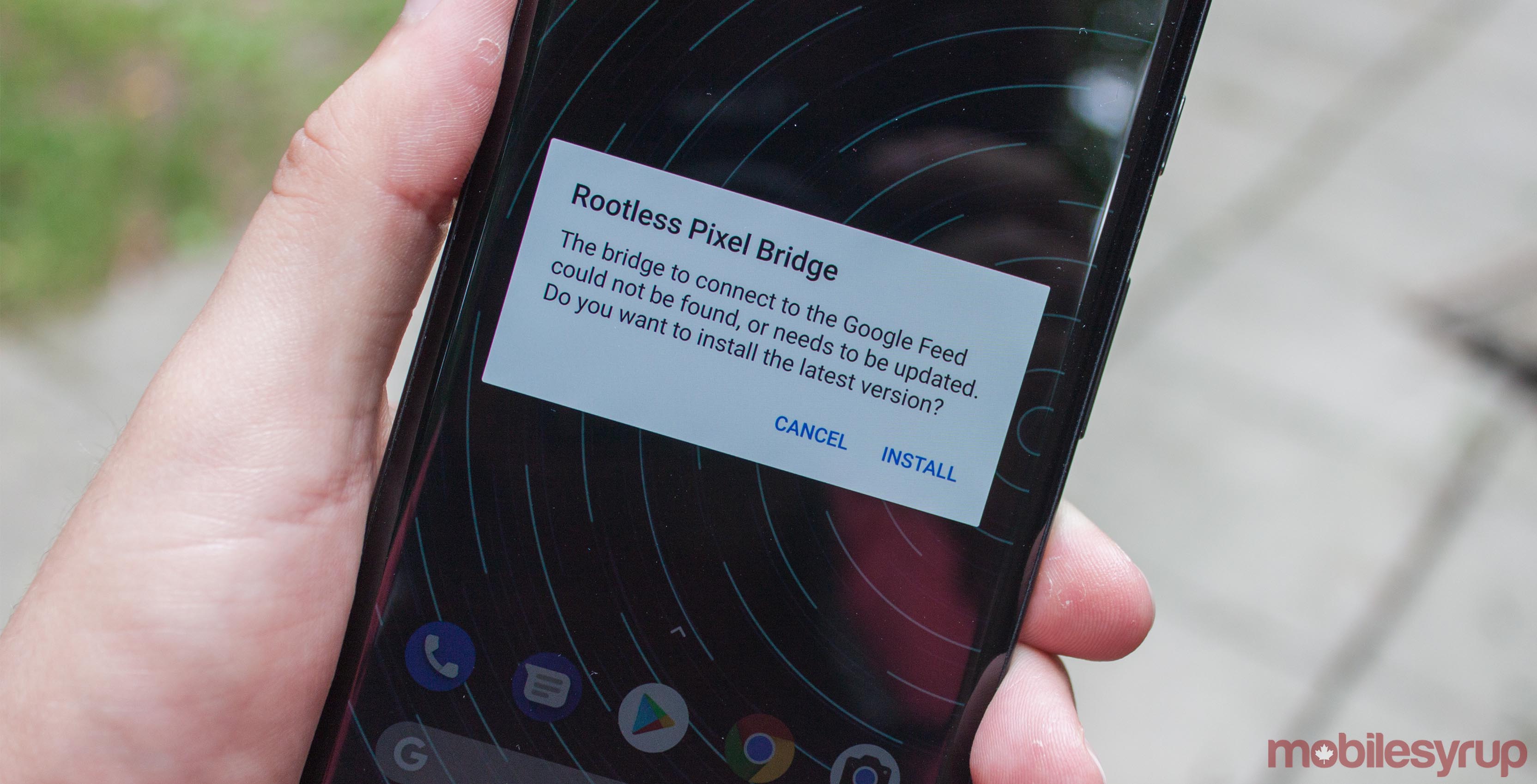 Google has pulled Rootless Pixel Launcher from the Play Store due to a violation of the company’s app guidelines.

The launcher was a popular option for users looking to emulate the Google Pixel feel without buying the device. The app was only released on the Play Store about a week ago, despite being available from other sources beforehand.

Rootless Pixel Launcher is about as close as users can get to the Pixel launcher. It includes the ‘At a glance’ widget and swiping to open the app drawer. Further, it even has the Google Feed to the left of the home screen — if you install another app.

Unfortunately, that’s where the problem comes in.

The launcher will take care of that process for you, installing the required app once you tap install.

However, as per Google Play Store guidelines, apps can’t cause users to download or install apps from unknown sources outside the Play Store.

Amir Zaidi, the developer behind Rootless Pixel Launcher, has appealed the decision and has an update that removes the download message. However, Google may still deny the appeal.

Zaidi says he will create a new app listing with the updated app if Google denies the appeal.

The downside to this, however, is that users will lose their existing settings and will have to start fresh.

If you want to try the Rootless Pixel Launcher, you can still get it from Zaidi’s GitHub repository here.