The tool can also build draft articles for these scientists 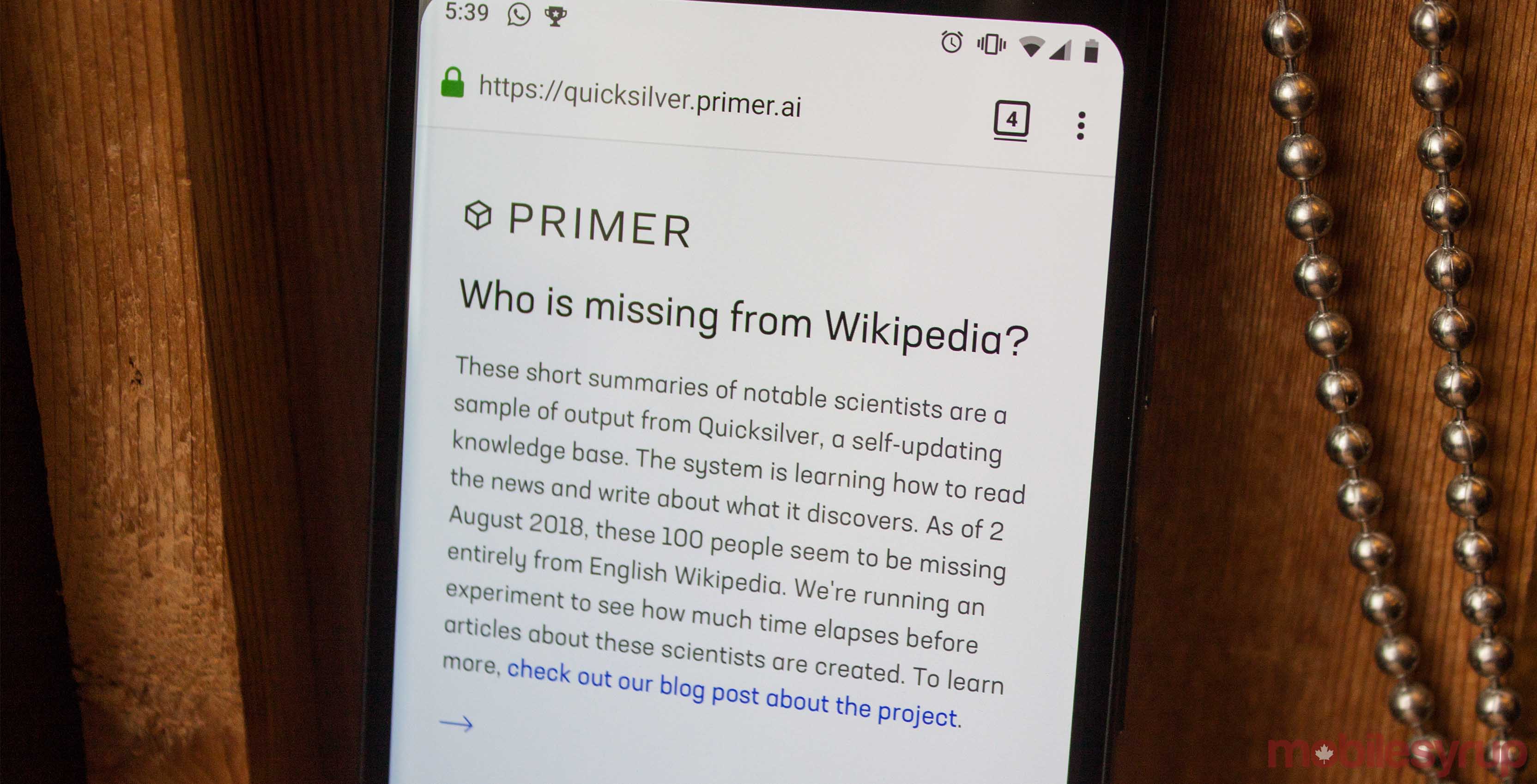 The AI, dubbed ‘Quicksilver,’ was able to identify 40,000 missing scientists who had similar news coverage. Quicksilver doubled the number of scientists potentially eligible for a Wikipedia article, according to Primer’s director of science John Bohannon.

According to an August 3rd, 2018 blog post written by Bohannon, Primer trained the AI with 30,000 English Wikipedia articles about scientists and their Wikidata entries.

The company fed over three million sentences from news documents describing those scientists to Quicksilver. Finally, it added in the names and affiliations of 200,000 authors of scientific papers.

However, Quicksilver isn’t just about identifying missing scientists. The AI can also write a basic draft article about them and their work.

For example, Quick identified Canadian roboticist Joelle Pineau as a candidate and wrote a draft article for her. Pineau now has an article thanks to science crusader Jessica Wade, who wrote the article after Bohannon pointed out Pineau’s absence.

Finally, Quicksilver can help maintain existing article entries, because the AI is able to identify relevant information missing from the 30,000 articles used to train it.

Ultimately, Quicksilver can be an AI force for good. It’s built to notice the unnoticed and create representation for underrepresented groups. In the case of Wikipedia articles about scientists, that often means women researchers, who are typically overlooked.

According to data from the Wikidata Human Gender Indicators (WHGI) project, roughly 20 percent of English biographies are about women. WHGI also has data for a number of languages — some do better at representing women, others worse.

Regardless, 20 percent isn’t exactly a high number. However, Quicksilver can help change that.

Considering that some people have trained psychopathic AI, this is a much better use of machine intelligence.

Source: Primer Via: The Verge