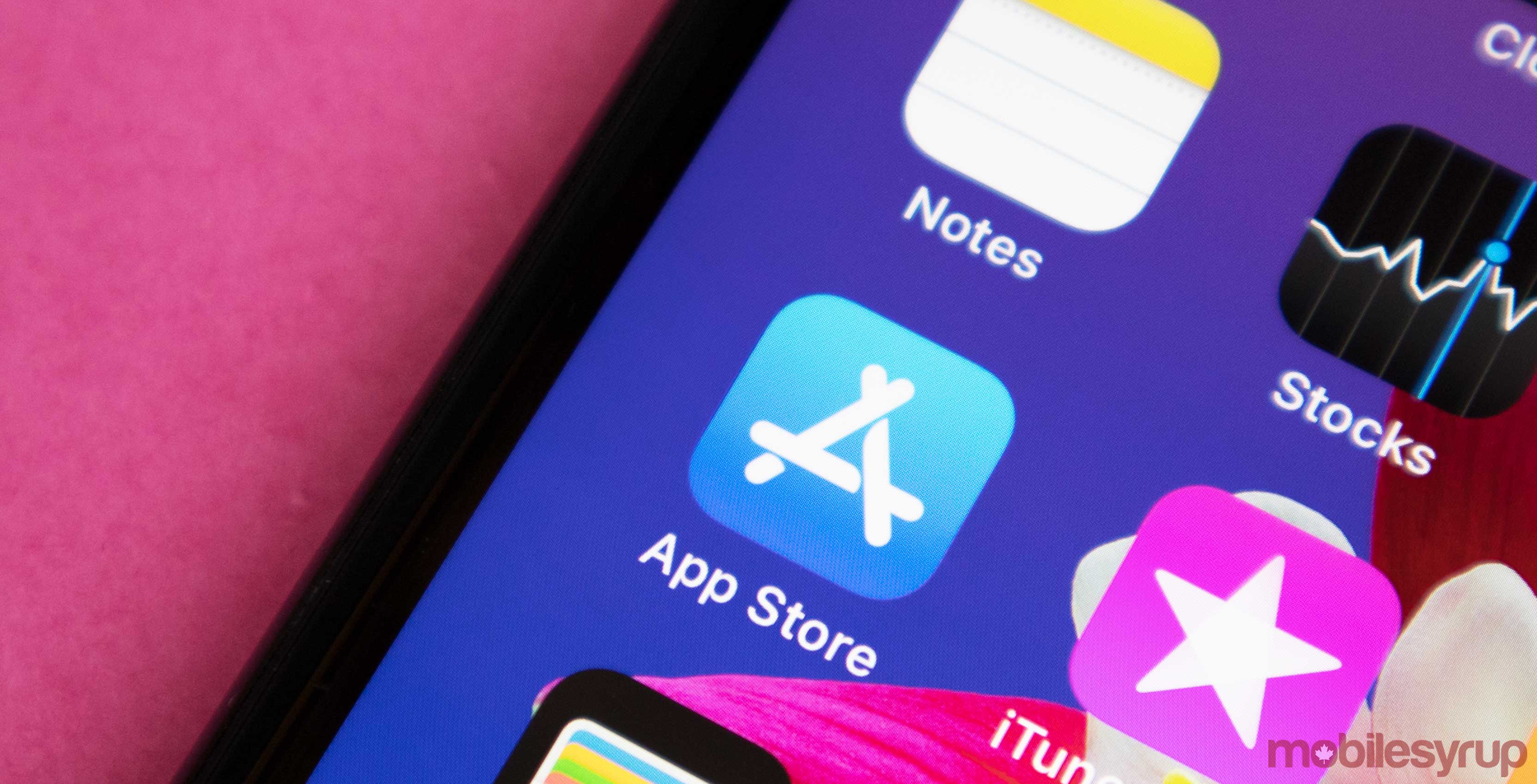 In the lead up to the 10th anniversary of Apple’s App Store, app analytics firm Sensor Tower has revealed which apps and games have stayed at the top spot in their respective categories for the longest amount of time worldwide.

To start, Sensor Tower found that Microsoft’s Minecraft game spend the most time at the top of the paid iPhone charts, with a total of 1,645 days counted. 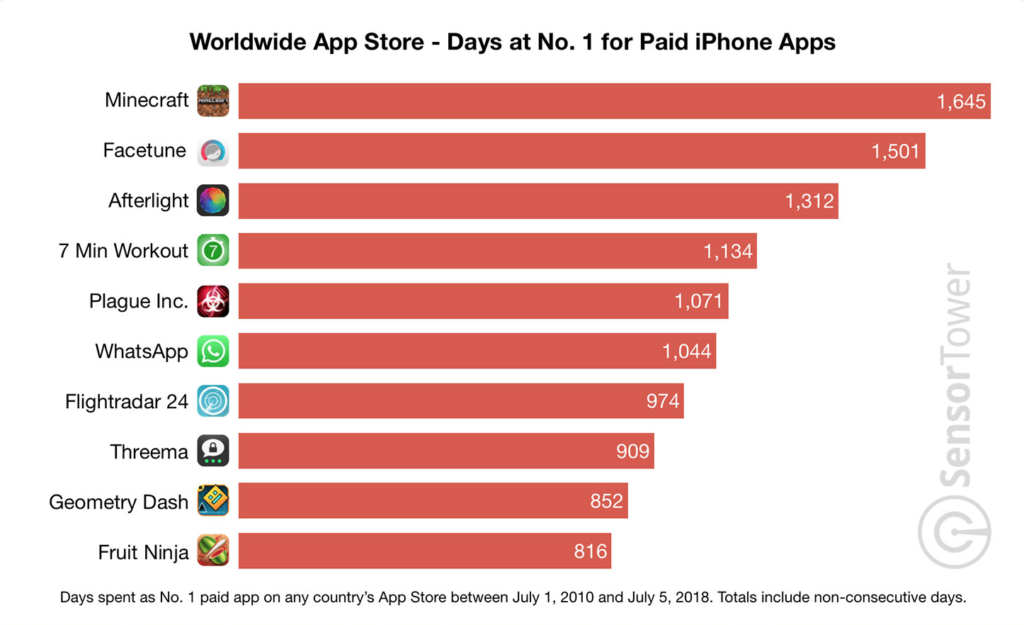 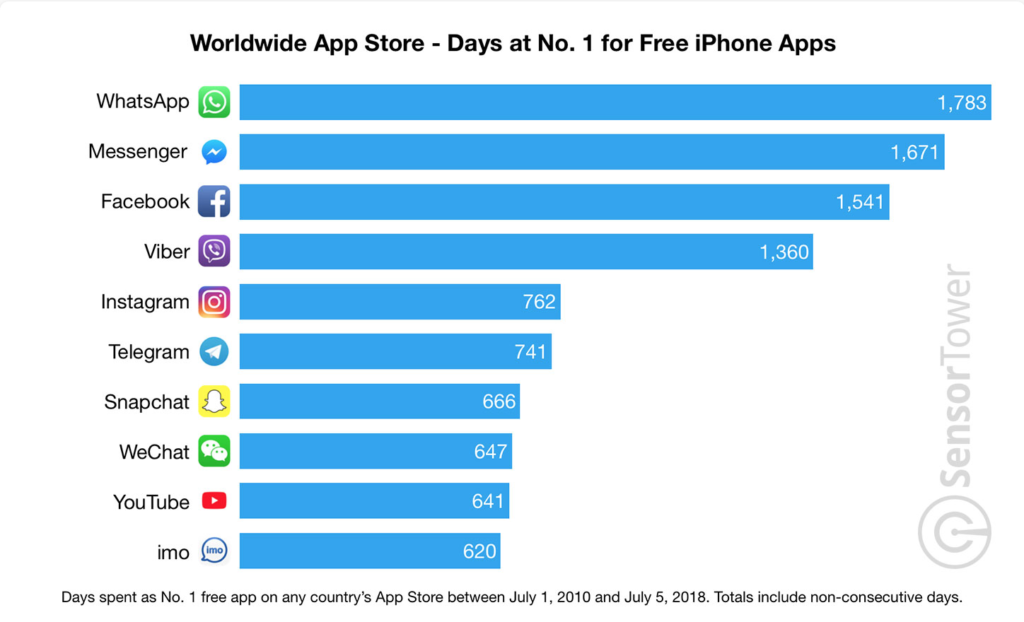 Finally, Supercell’s Clash of Clans came in first for most days at number in the top grossing iPhone apps category. 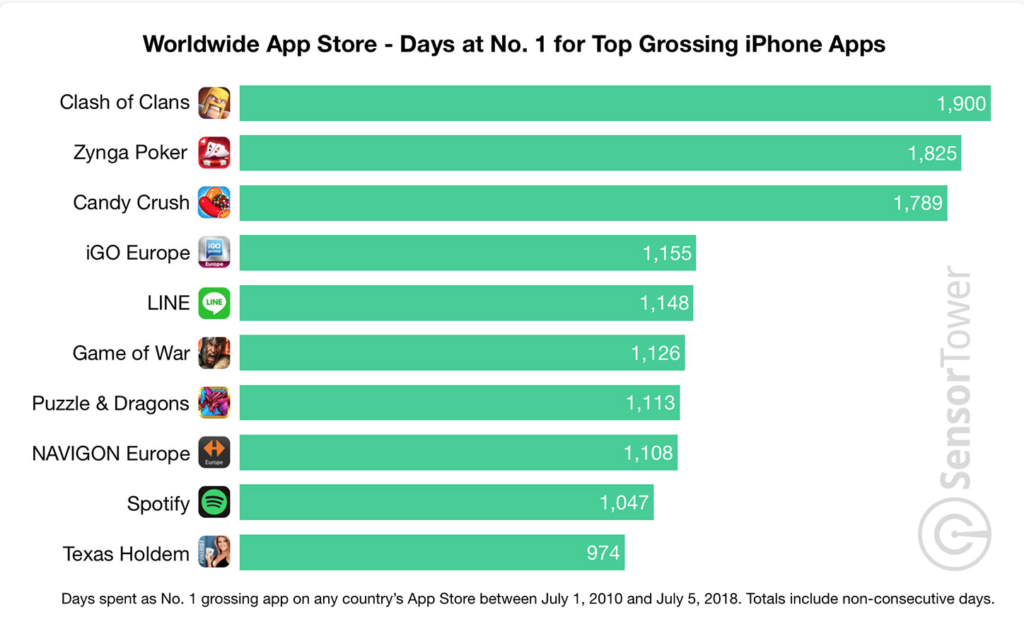