Android P has an option to disable vibrate for notifications

There is also an option to disable vibration for touches 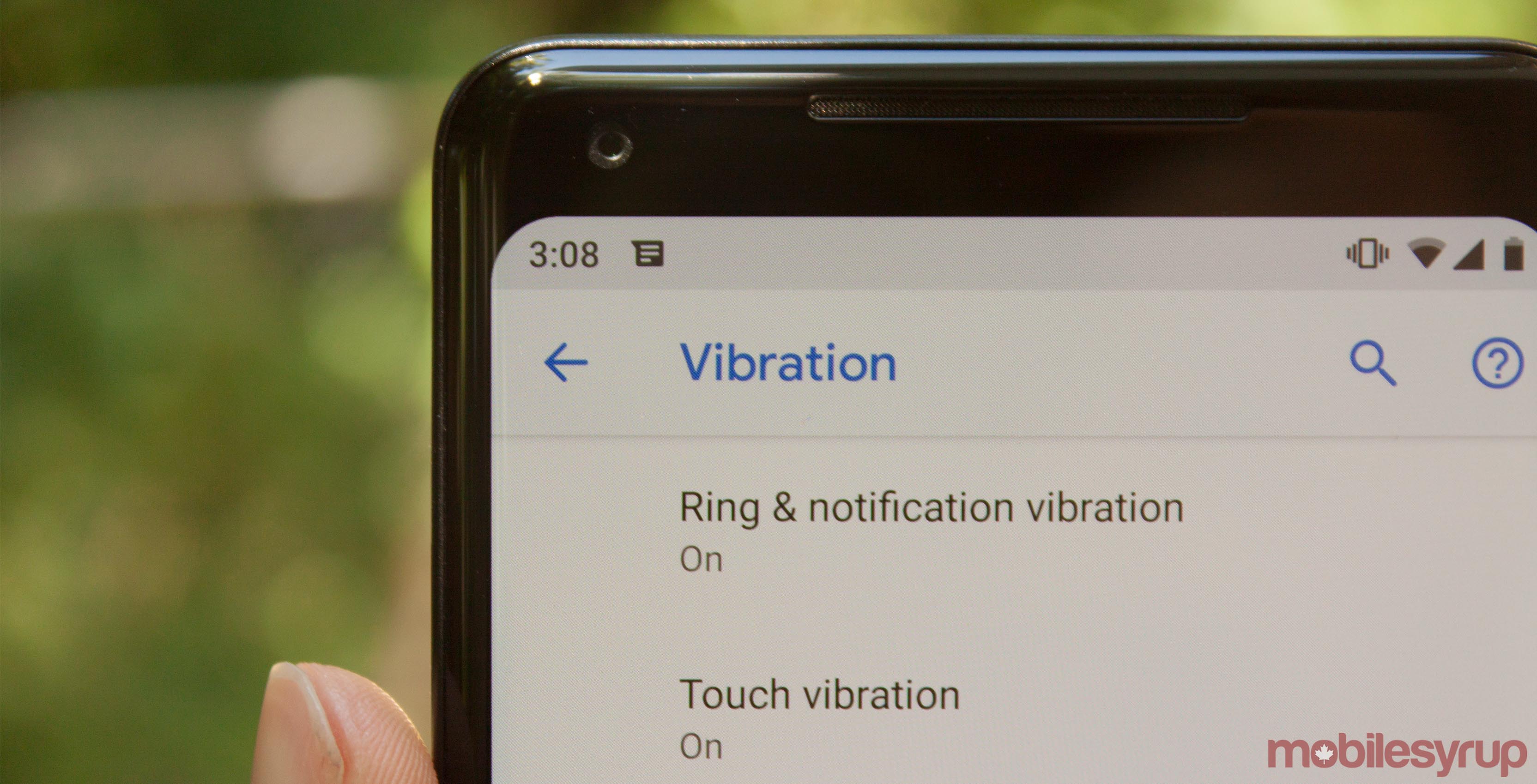 Android users can finally turn off vibrate and ring in the new Developer Preview.

For some time, Android had vibrate bound to the notification sound. If you had your phone set to ring, it would vibrate too.

Some apps allowed users to turn this off within the app itself. Other apps didn’t.

Some phone manufacturers figured that out a long time ago. Thankfully Google is finally catching up. Sort of.

Almost there, but not quite

In Developer Preview 3, Google added a section in the Accessibility settings that allowed users to customize the strength of vibration when receiving a notification. Of the four settings — High, Medium, Low and Off — only the first and last worked.

Additionally, users could customize the strength of the touch vibration, but there was no discernible difference. 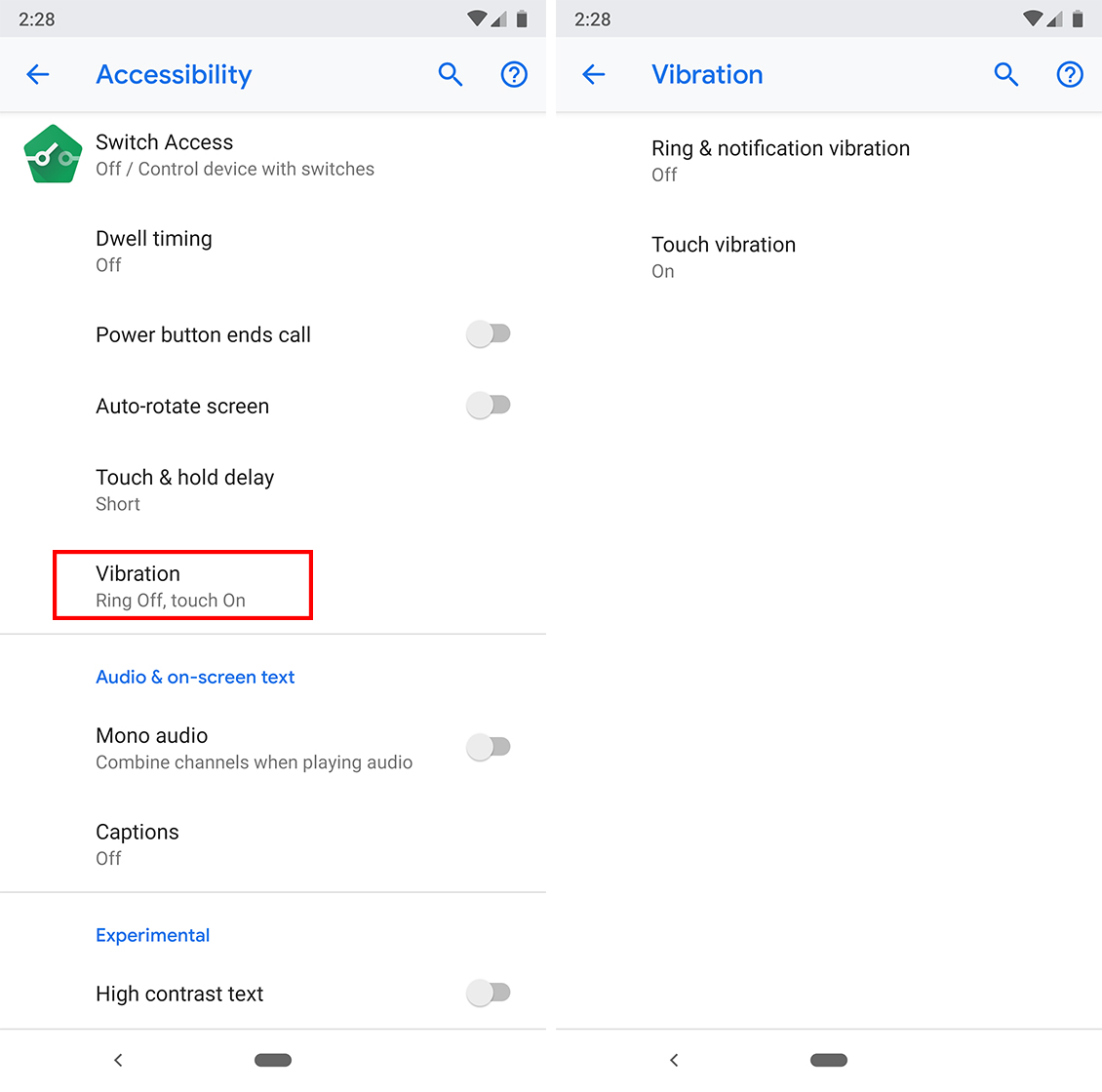 With Developer Preview 4, Google removed the different settings, leaving a simple on or off option.

Despite my best efforts, Instagram’s direct messages always vibrated with a bone-shaking ferocity. No setting I changed would stop it. However, turning off notification vibrations in the settings fixed the issue.

Twitter suffered from the issue as well. Notifications caused my phone to vibrate regardless of the volume setting I was on. 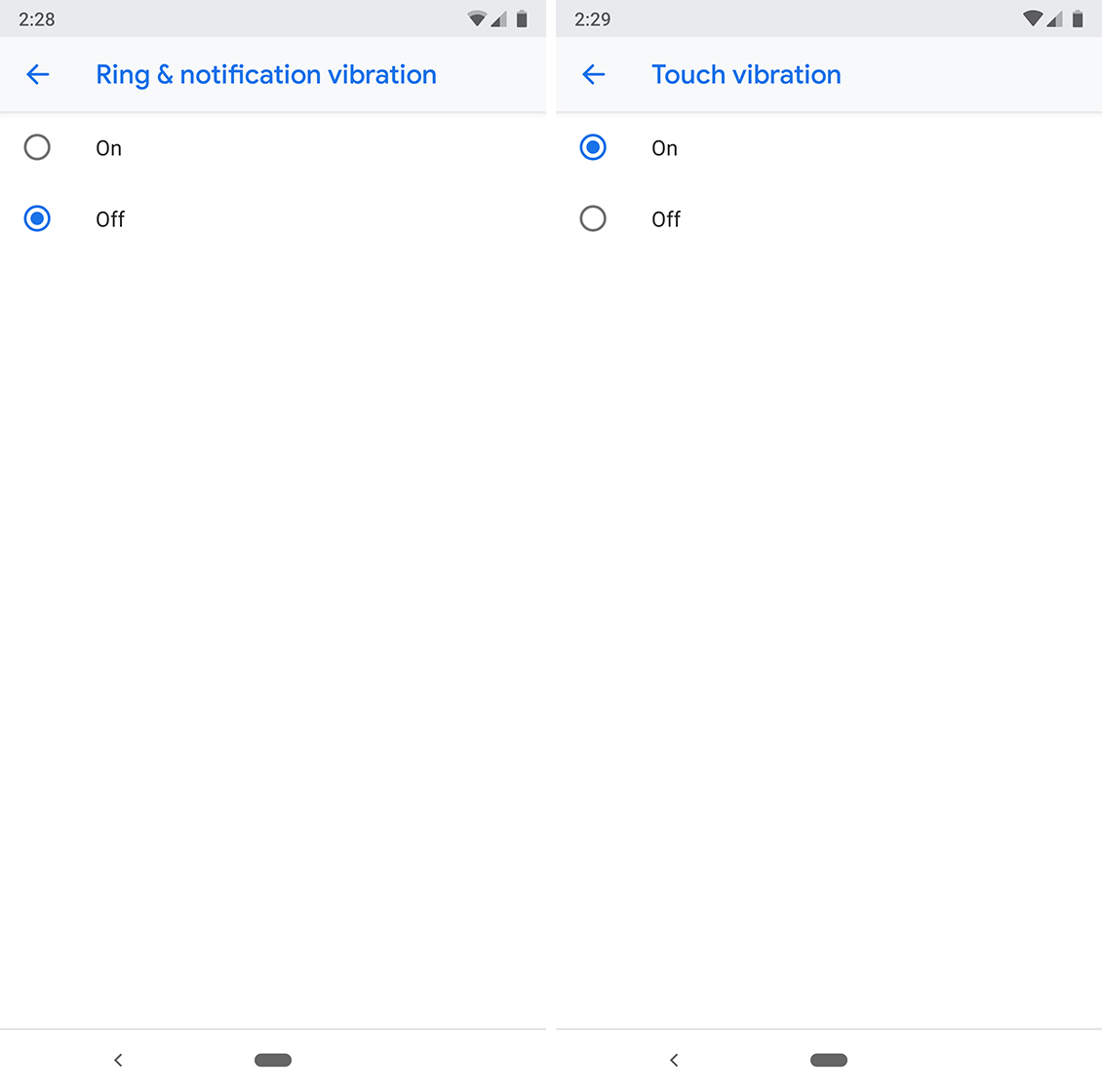 However, during testing, I noticed that this setting also disabled vibrations for notification when in vibrate mode. Unfortunately, this means that the phone won’t vibrate at all if the setting is turned on.

Google still has some work to do on this feature to make it ideal. If you really hate vibrations, you can turn the feature on and disable them all.

However, Android P also features a built-in mute toggle that lets you switch between ring, vibrate or silent. It doesn’t really make much sense to turn off vibrations in the Accessibility menu when you can achieve the same thing by switching to silent mode.