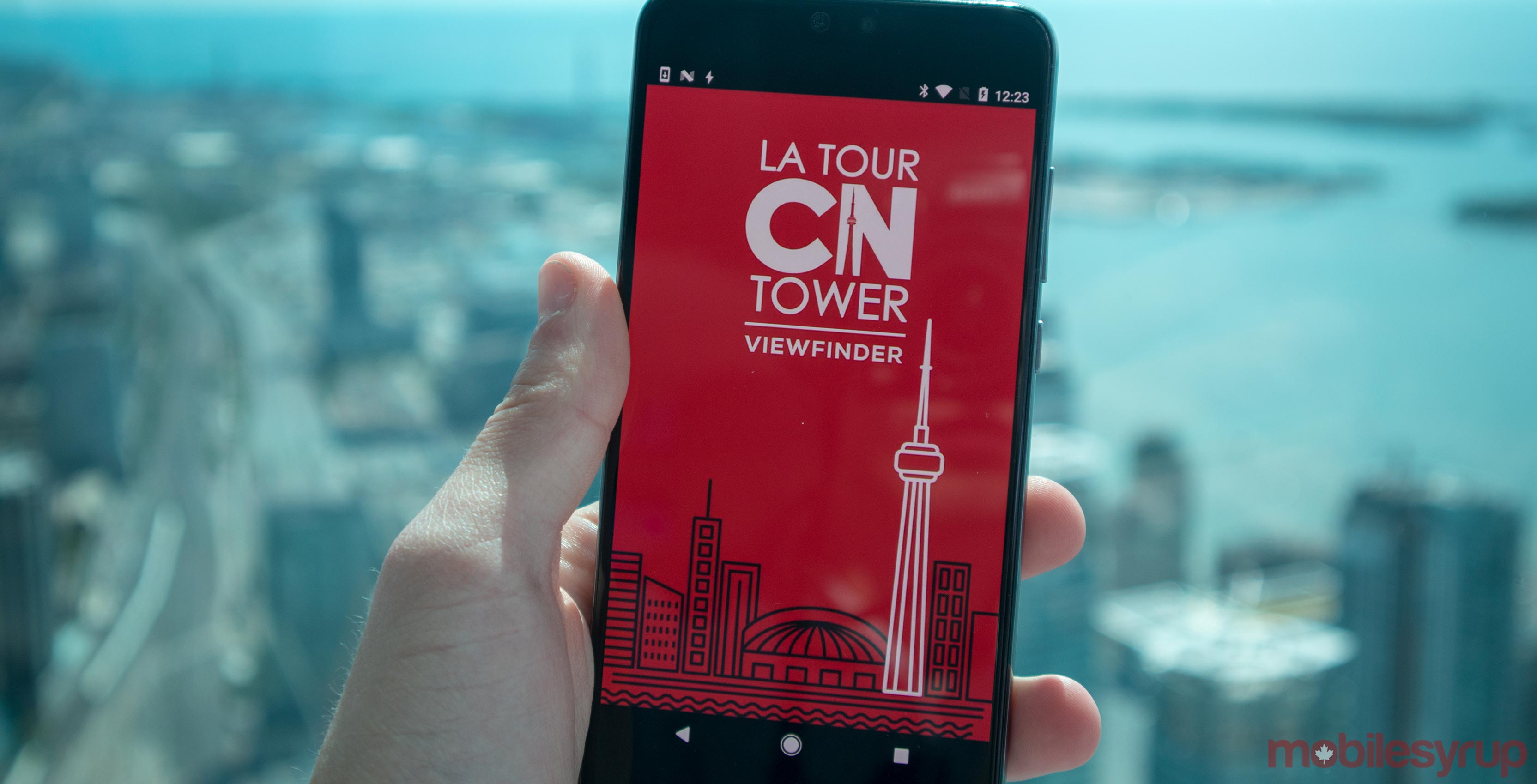 To celebrate the completion of renovations on one of Canada’s most popular tourist locations, the CN Tower, owner Canada Lands Company has launched a new app for tourists.

The app’s called the CN Tower Viewfinder and it’s designed to show people what they’re looking at from the top of the tower. There are 90 landmarks that can be seen from the Tower’s observation platform and they’re all built into the app.

“The benefits of having this app is that we get a lot of questions like, ‘what is that building that I’m looking at?’ and now people can answer that question using their own mobile devices,” said Joanne Pawlicki, a director of sales and marketing for the CN Tower. 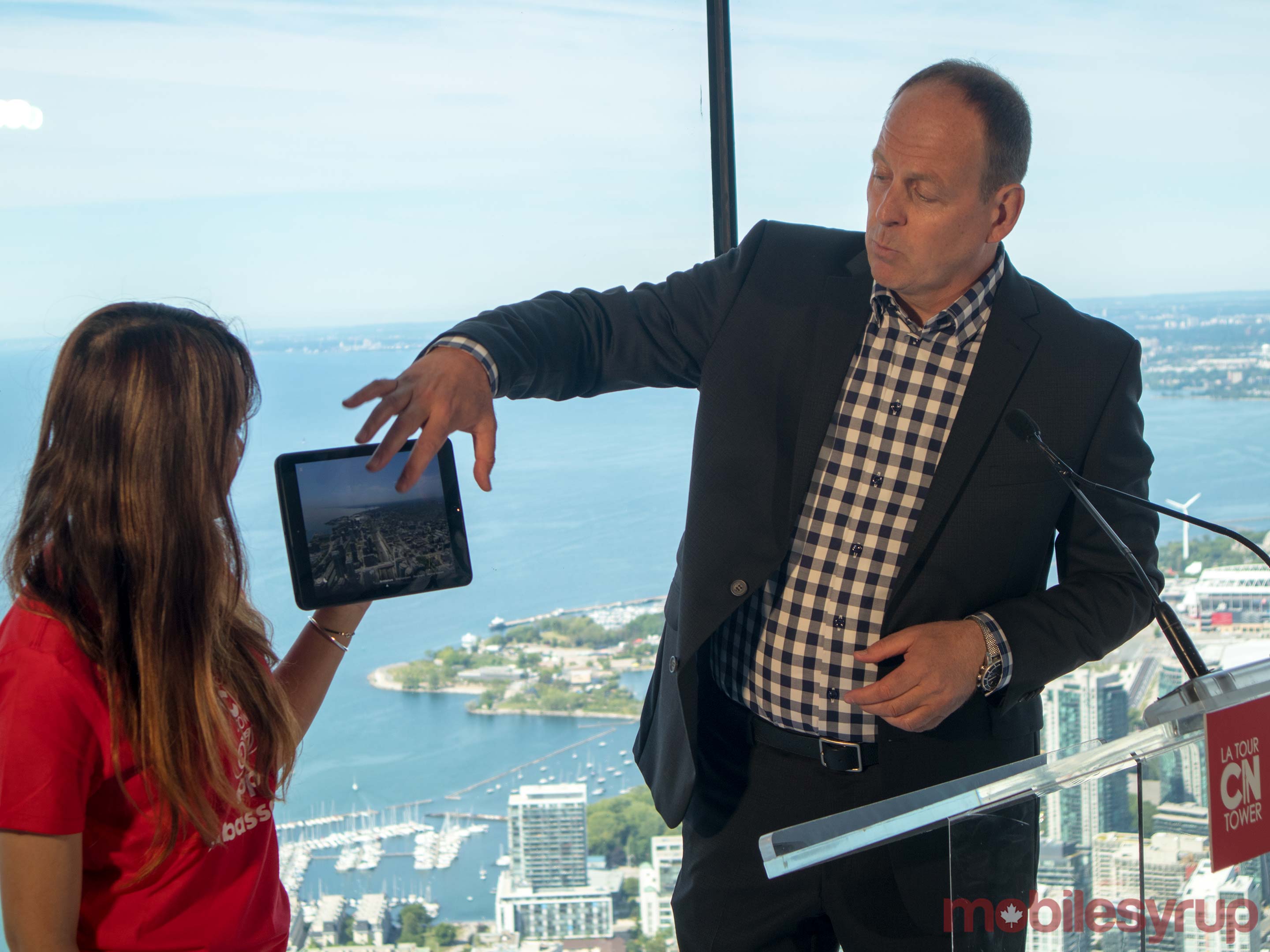 Users simply need to hold up their device with the app open and line it up with the skyline, then use it to learn about Toronto’s landmarks and hotspots.

The app was developed in partnership with Fuzz Productions. Fuzz is a New-York based mobile app developer that’s built apps for big names brands like the YMCA, The New York Post and Random House Publishing.  It took about 10 weeks of development time to get the app from pre-production to launch.

CN Tower Viewfinder is available on iOS and Android and users can even try it out at home, but it isn’t as thrilling without the exceptional view to back it up. 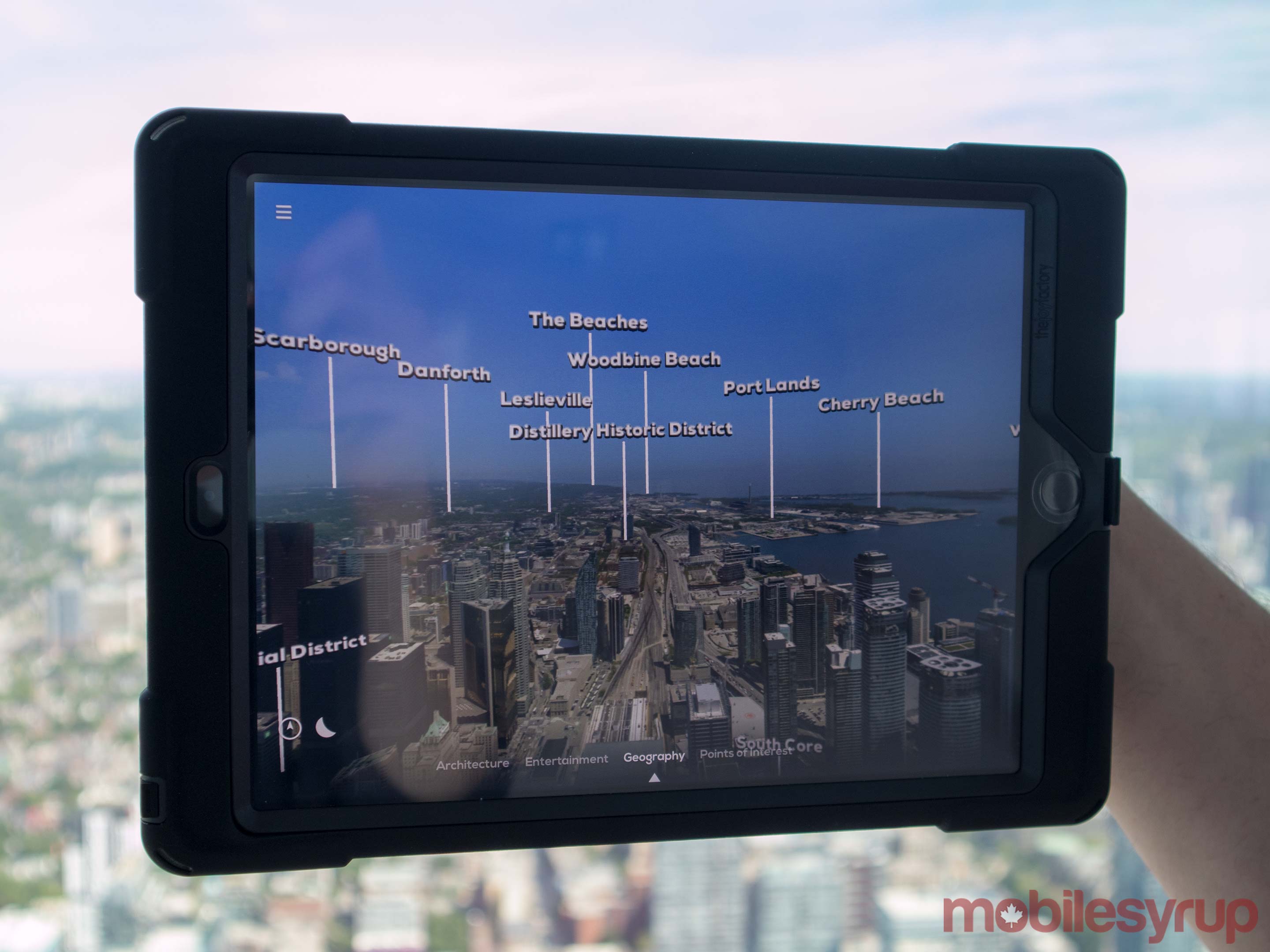 There are two versions of the app. Users can look at the city in night mode or day mode. Both offer the same view but at different times of the day.

The app also works when users look around horizontally and vertically, so users can even see Ripley’s Aquarium and the Rogers Centre below the tower.

To capture the images the team hired a photographer to go outside the tower on the EdgeWalk. The photographer took a total of 24 pictures per time of day and stitched them together to form the giant panoramic image used in the app.

Inside of the app users can choose to look through four different categories in five different languages. There are points of interest, geography, entertainment and architecture. When of these categories is enabled, users will be able to see a bunch of pointers floating on the skyline related to the theme. 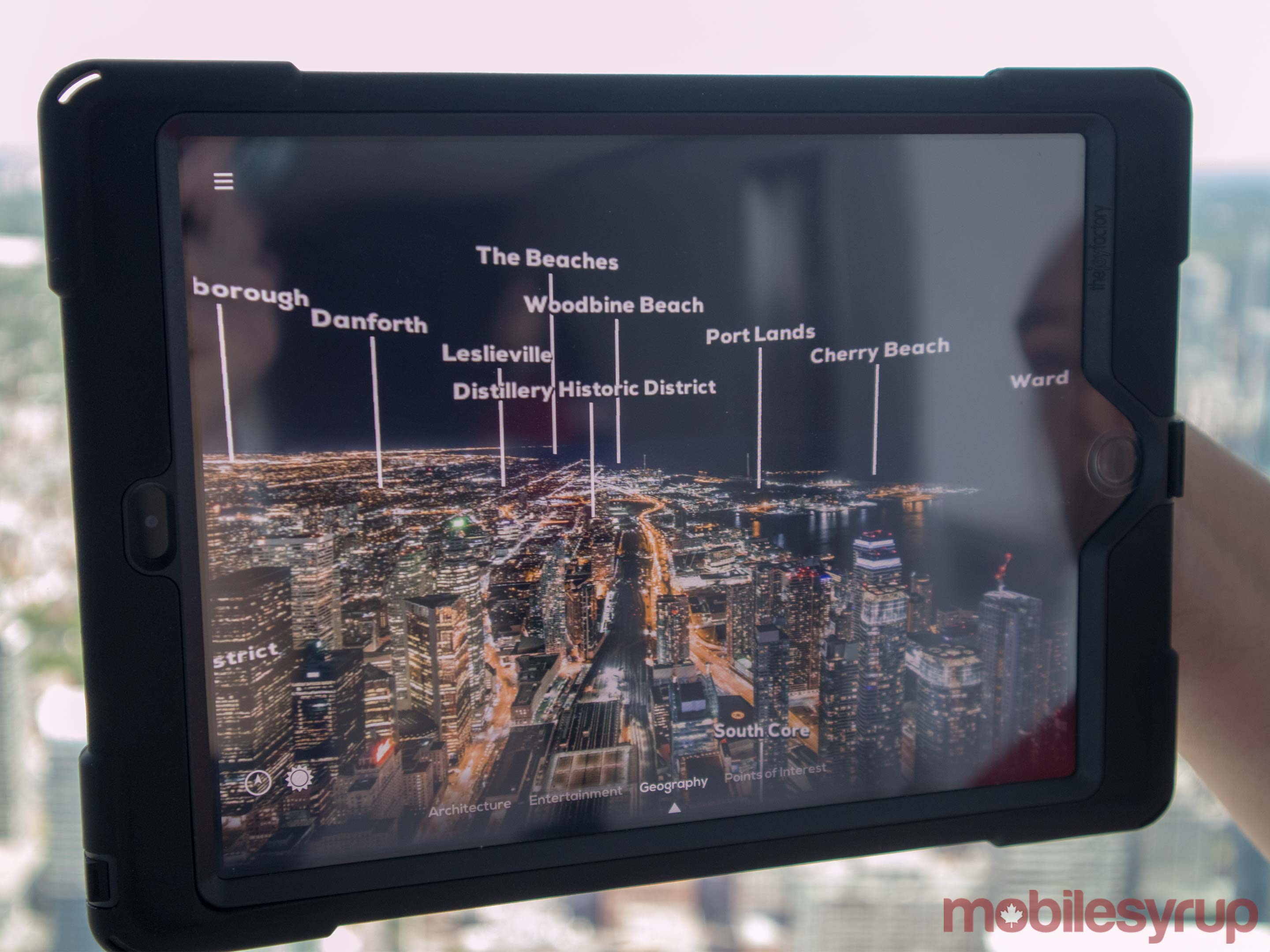 While many of these features might sound like augmented reality, the technology is more in line with virtual reality. Instead of looking at the actual skyline through your phone’s camera with an overlay of information the app shows an image of the city that is very similar to what the users are looking at, and they have to try and line up the skyline themselves.

“[Now that we’re] moving into this world of virtual reality, augmented-reality should come next of course,” said Kevin McManus, the tower’s director of IT, “but we’re just waiting on Android and Apple to come up with some better drivers than what they have today.”

“We also have another app called the CN Tower Experience that we hope to merge together someday,” said McManus.

Users can download the app on iOS here and Android here.