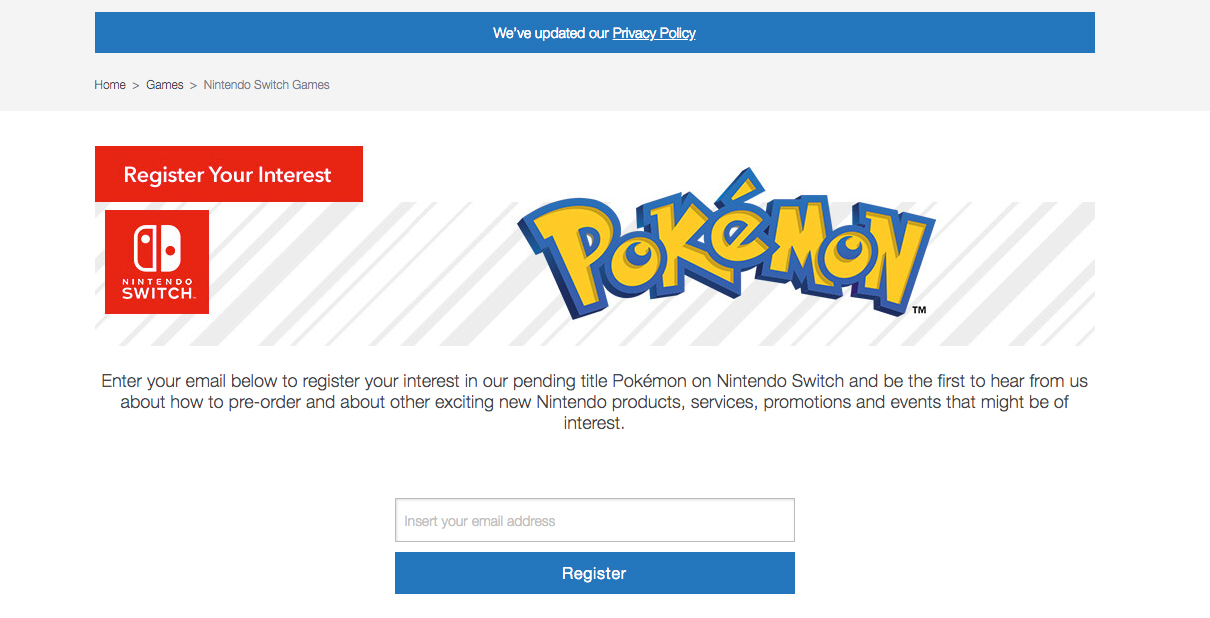 With Nintendo’s anticipated E3 2018 press stream only a few weeks away, it looks like the Japanese gaming giant could be preparing to drop more information about one of the Switch’s most anticipated titles: Pokémon.

The company has launched a new page on the official U.K. Nintendo Store page asking visitors to register their interest in the upcoming title, in order to be first to learn how to pre-order it, as well as to receive more information about the eagerly anticipated title.

The next core entry in the Pokémon series is rumoured to be called Pokémon Let’s Go! and will come in two versions: a Pikachu Edition and an Eevee Edition. Other than this, little has leaked about the title so far, apart from the fact that it’s expected to be somewhat of a departure from what fans have come to expect from the series, though it remains unclear exactly how.

Pokémon Let’s Go! is expected to be released at some point this fall.

The page can be found at this link.