A simple smartwatch that gets the job done 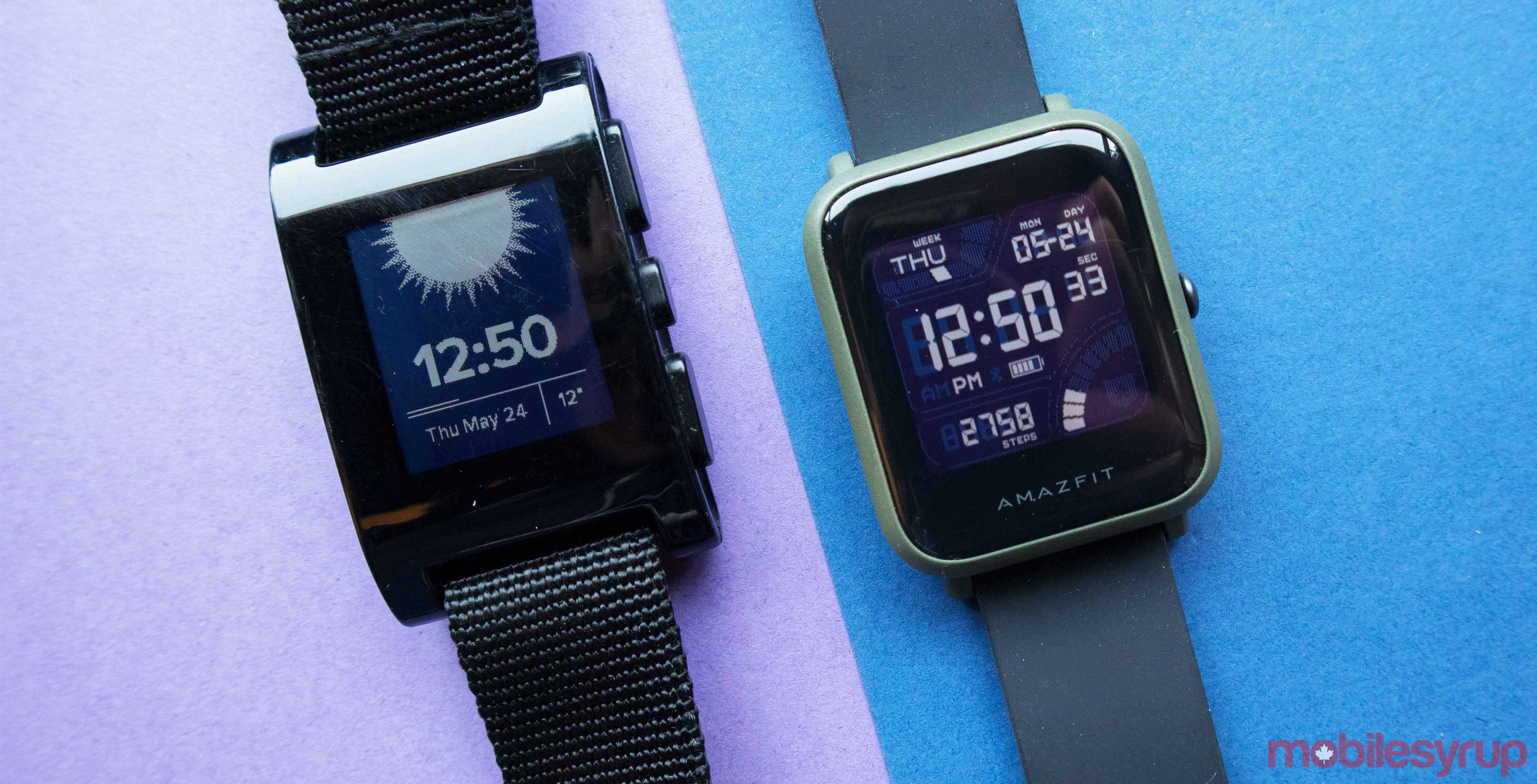 There’s been a hole in the smartwatch market ever since Fitbit acquired Pebble in 2016.

My first smartwatch was a black first-generation Pebble. I loved that little watch and all it could do.

The Pebble Technology Corporation formed when its founder, Eric Migicovsky, launched the company’s first smartwatch in the spring of 2012 through a record-breaking Kickstarter campaign. 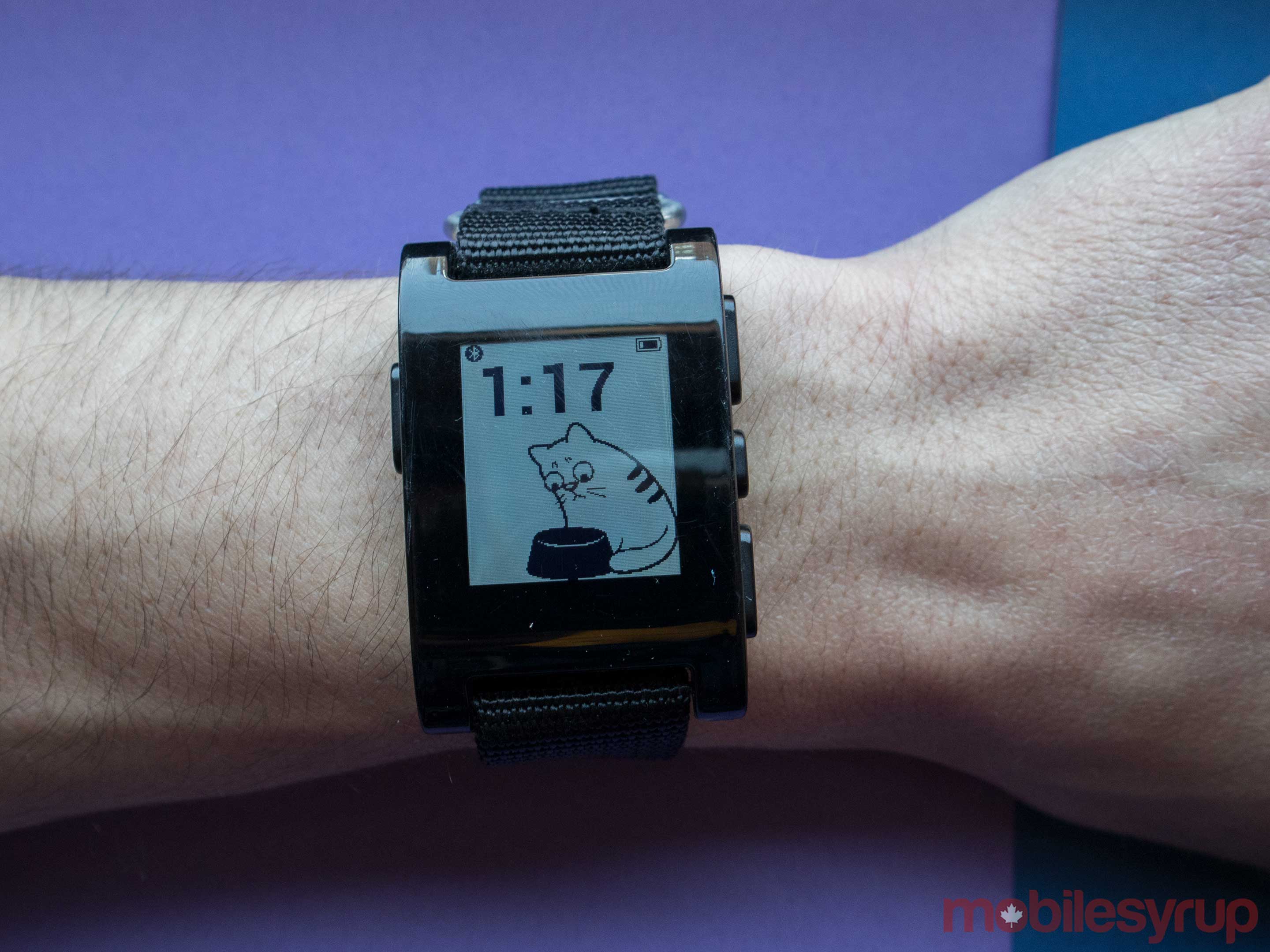 Flash forward four years and seven watch variants later to 2016, and Pebble sold itself to Fitbit. Fitbit then shut down Pebble and stopped selling the company’s products.

Pebble’s line of watches all featured some variation of an e-ink display, a type of screen that’s both legible in direct sunlight and doesn’t use as much battery life as a LCD or AMOLED display.

Since the fall of Pebble, there haven’t been many watches on the market that feature an e-ink screen, and even fewer that have been truly noteworthy.

That’s where the Amazfit Bip comes in, a device that breathes a new life into e-ink smartwatches. 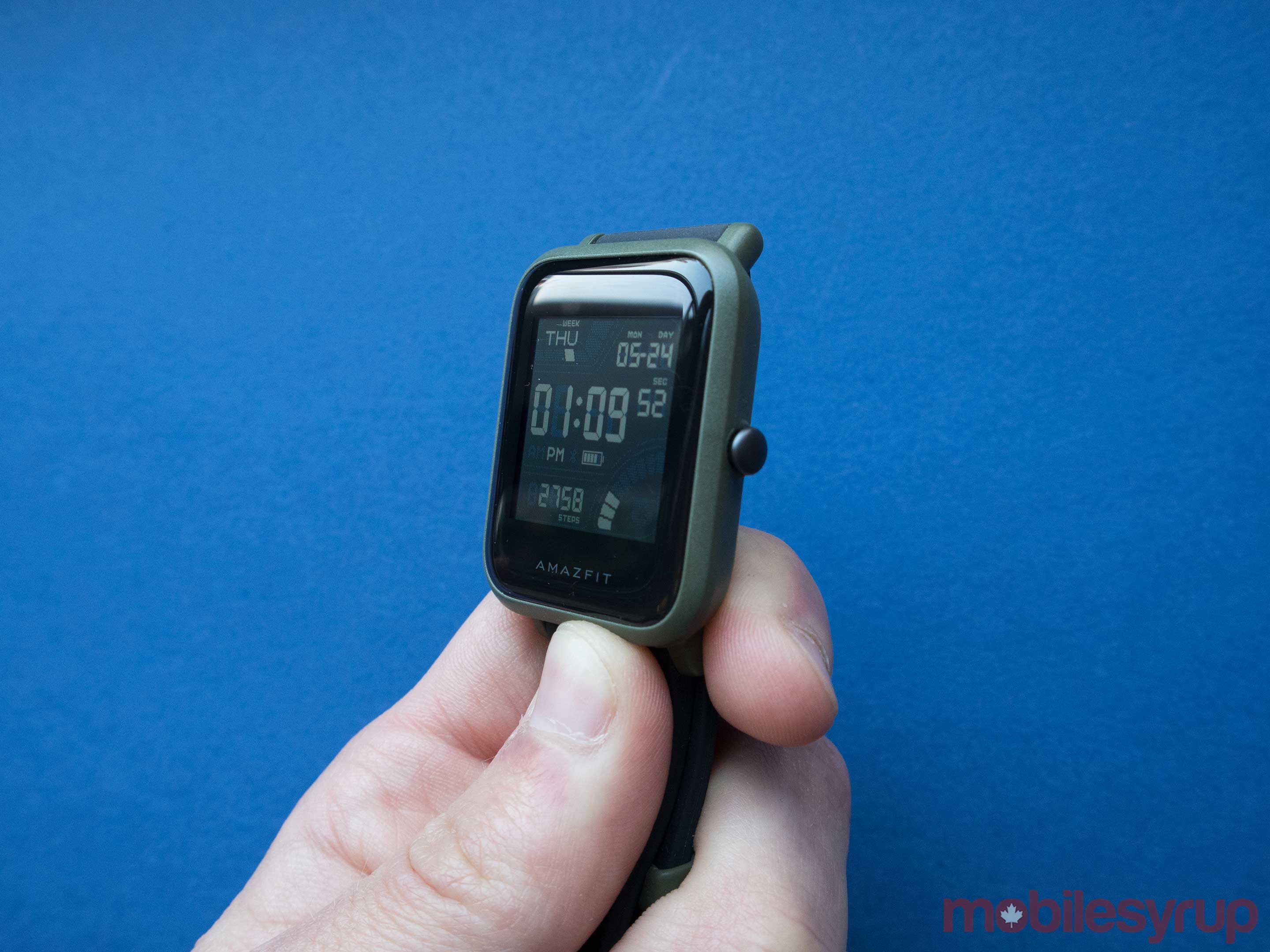 Amazfit is an arm of Chinese electronics brand Xiaomi. The company has been making wearables since 2016, but until recently it hasn’t sold watches in North America.

Like Pebble, Amazfit’s Bip has an e-ink display. Its small size and modest goals take me back to the days before smartwatches were as feature-filled as they are now. Since the screen is e-ink, I never had any problems viewing it outside, and the backlight is bright enough to be seen in the dark, too. 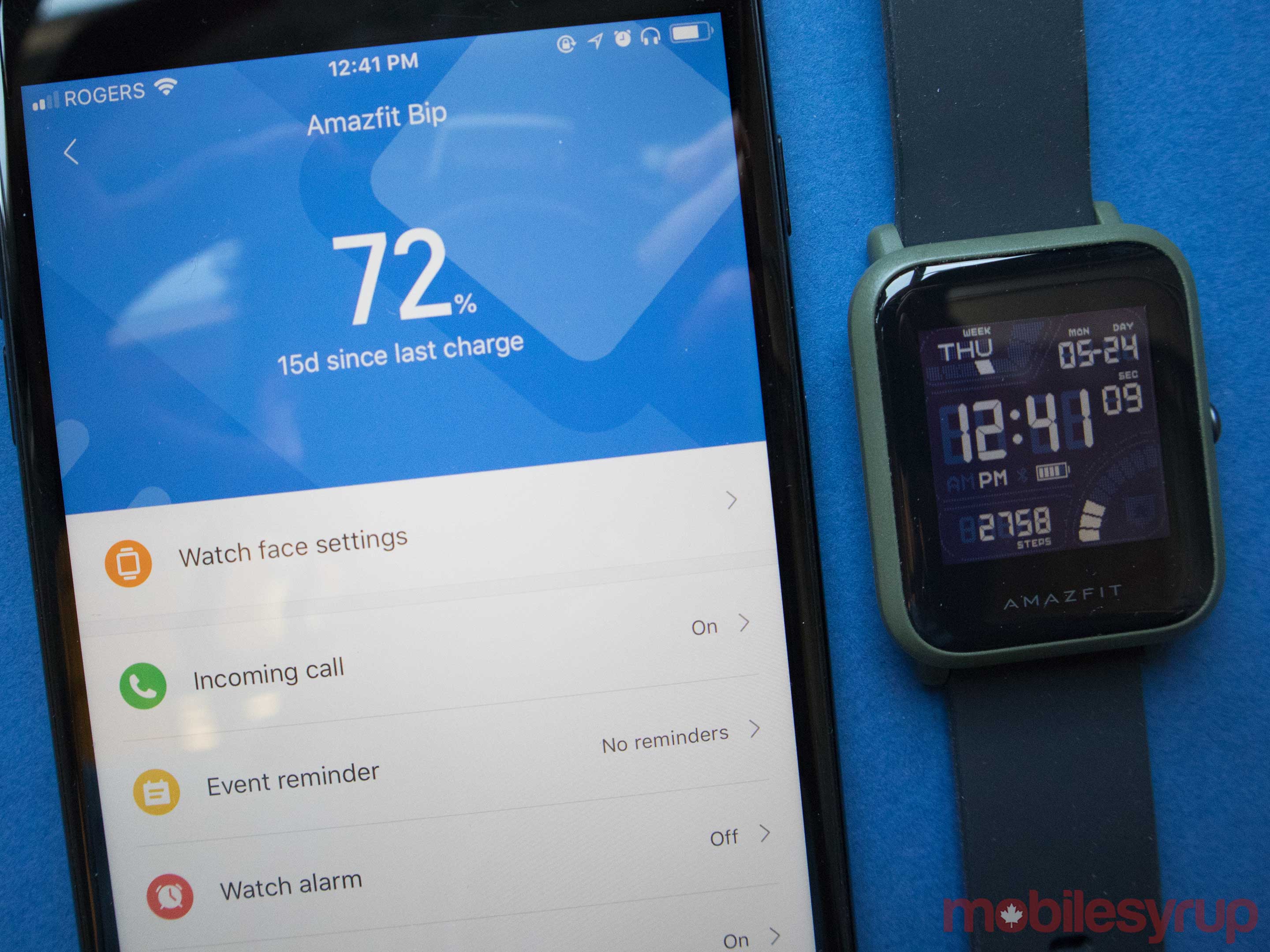 This watch’s 200mAh battery can last for a month on a single charge, giving it the best smartwatch battery life I’ve ever used. I got the watch on April 9th and I’ve only charged it once since then. It can not be understated how long this little device lasts.  I never had to worry if it would be charged for another day of use in the morning.

The Bip also has some simple smartwatch functionality. It offers smartphone notifications and some activity tracking, such as a step counter and GPS. Along with this, there are weather and clock apps.

Where the Bip differs from Pebble is in its addition of a touch screen. While the touch screen isn’t as responsive as Pebble’s three button design, it is a bit easier to use while the watch is on your wrist. The touch screen controls are fairly simple but they just take a few tries to learn. Users can swipe left to go through the app pages and then a tap will open the app. Usually, once inside an app, users have to swipe up and down instead of left to right like on the main screen. 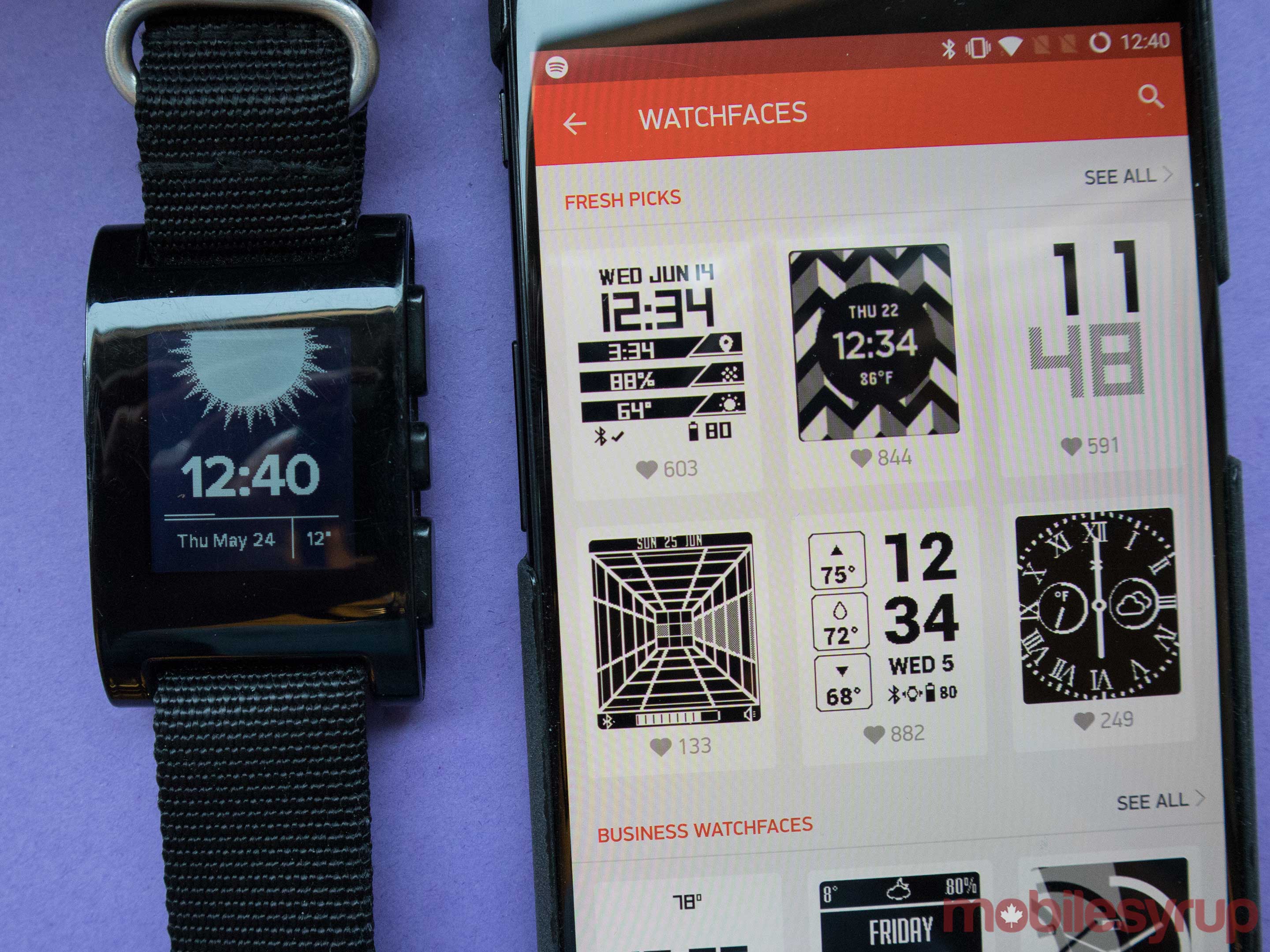 It’s in this section that the Bip falls a little behind the Pebble. While the Bip does have better activity tracking than the first generation Pebble — step counting didn’t work in the background — it doesn’t give users the ability to control music playback or add any other apps like Pebble did. Yet, even without these features I still use the Bip almost every day since I love its compact design and simple premise.

But the Bip doesn’t fill the shoes of Pebble completely. There was something to be said about being able to browse website after website of custom-made watch faces that people had created for the Pebble. The Pebble smartwatch community offered something special that always made browsing new apps or watch faces really fun.

Being able to see what crazy apps people were making that almost always added interesting and new functionality to the watches made it an experience that hasn’t really been replicated on any other watches since.

Altogether the Bip is a great yet simple watch that does what I need it to do and reminds me enough of my first Pebble to make me happy.