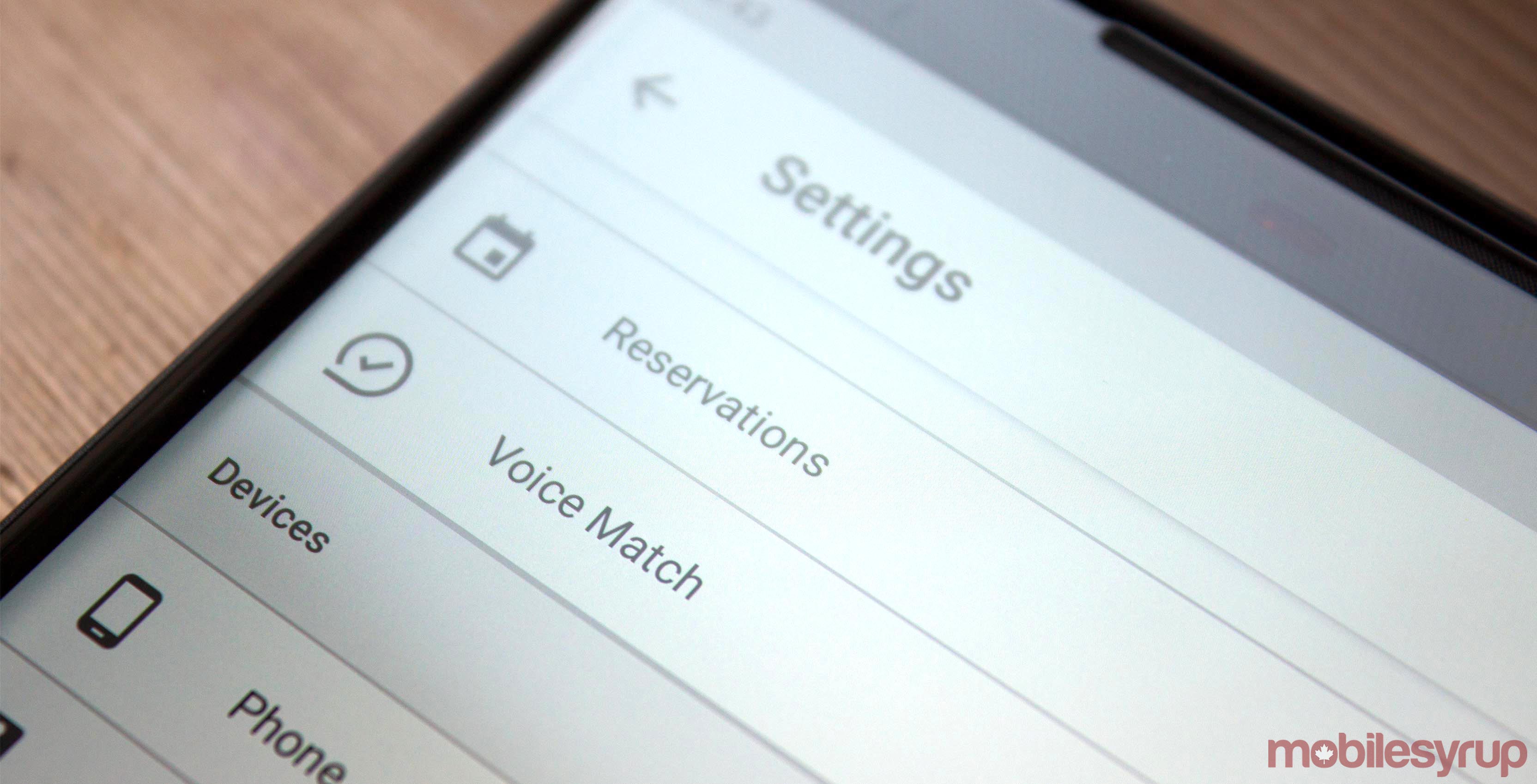 Google Assistant is getting a new ‘Reservations’ section today.

The section shows up under the Account section in the app’s settings. It lists current and past reservations for hotels, flights and events, and seems to pull information from Gmail. 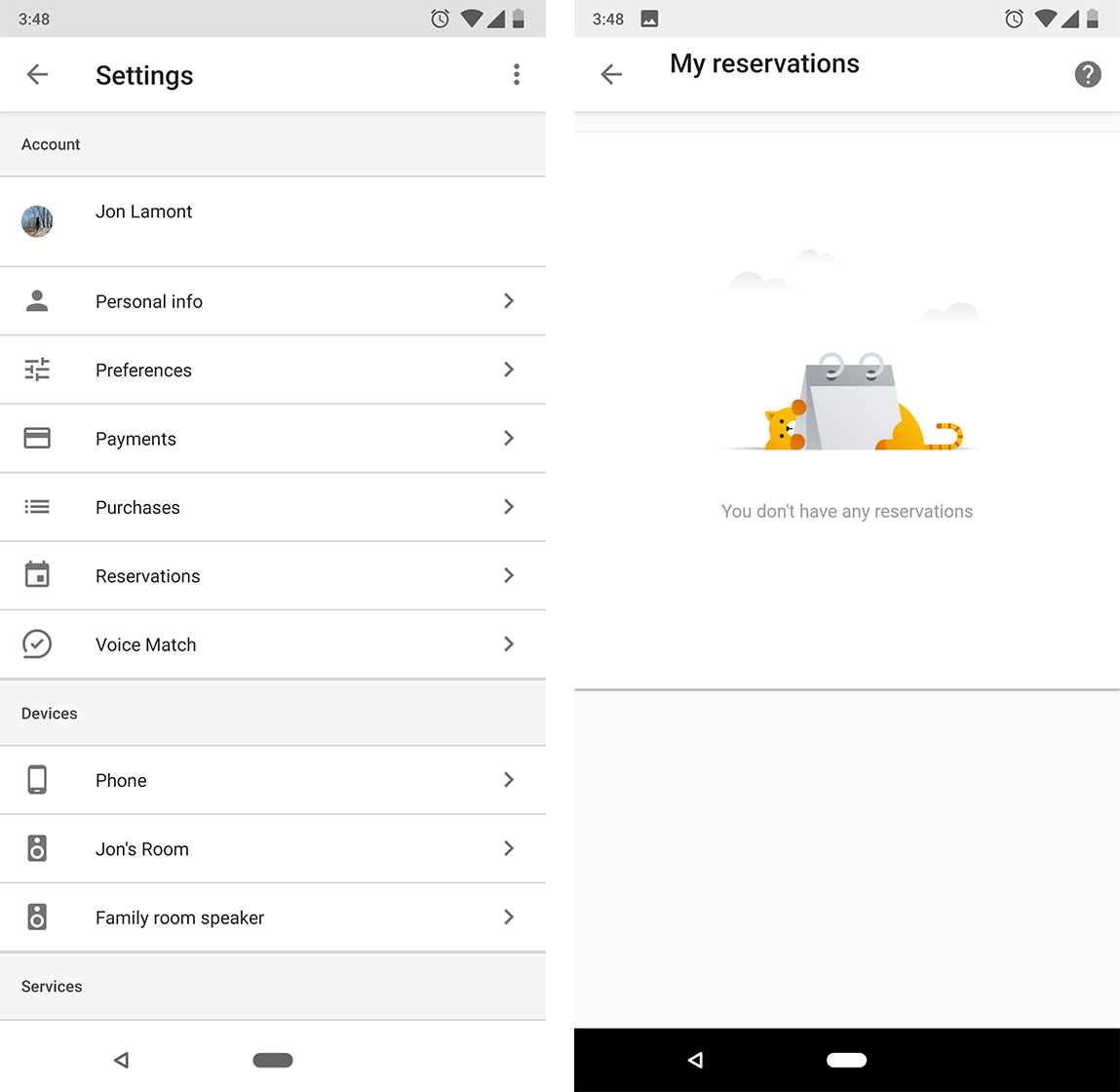 Users can click on events to get more details and even see the original source of the reservation.

On iOS, clicking on Reservations takes you out of the app to a webpage in Safari. On Android, the feature keeps users within the Google Assistant app. 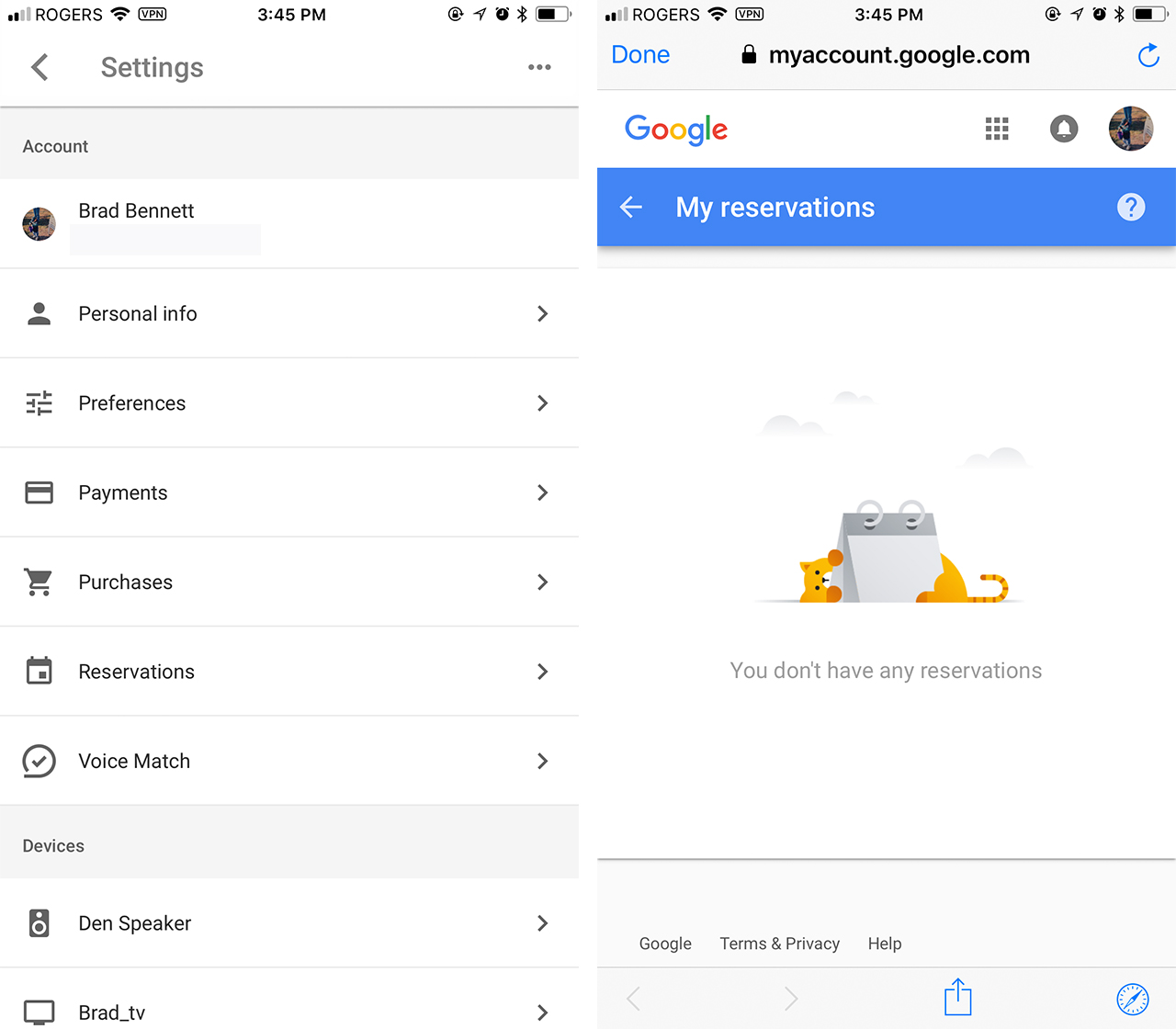 According to 9to5Google, the feature first began showing up on iOS devices, but now it’s also popping up on Android phones as part of a server-side roll-out.

It’s possible that Reservations on Google Assistant could see wider integration with other features, like Google Duplex, as they come to market. For example, Google could book an appointment for you using Duplex and add the reservation to this new tab.

You can also access Reservations directly from the web.