Here are the 6 biggest announcements from Google I/O 2018 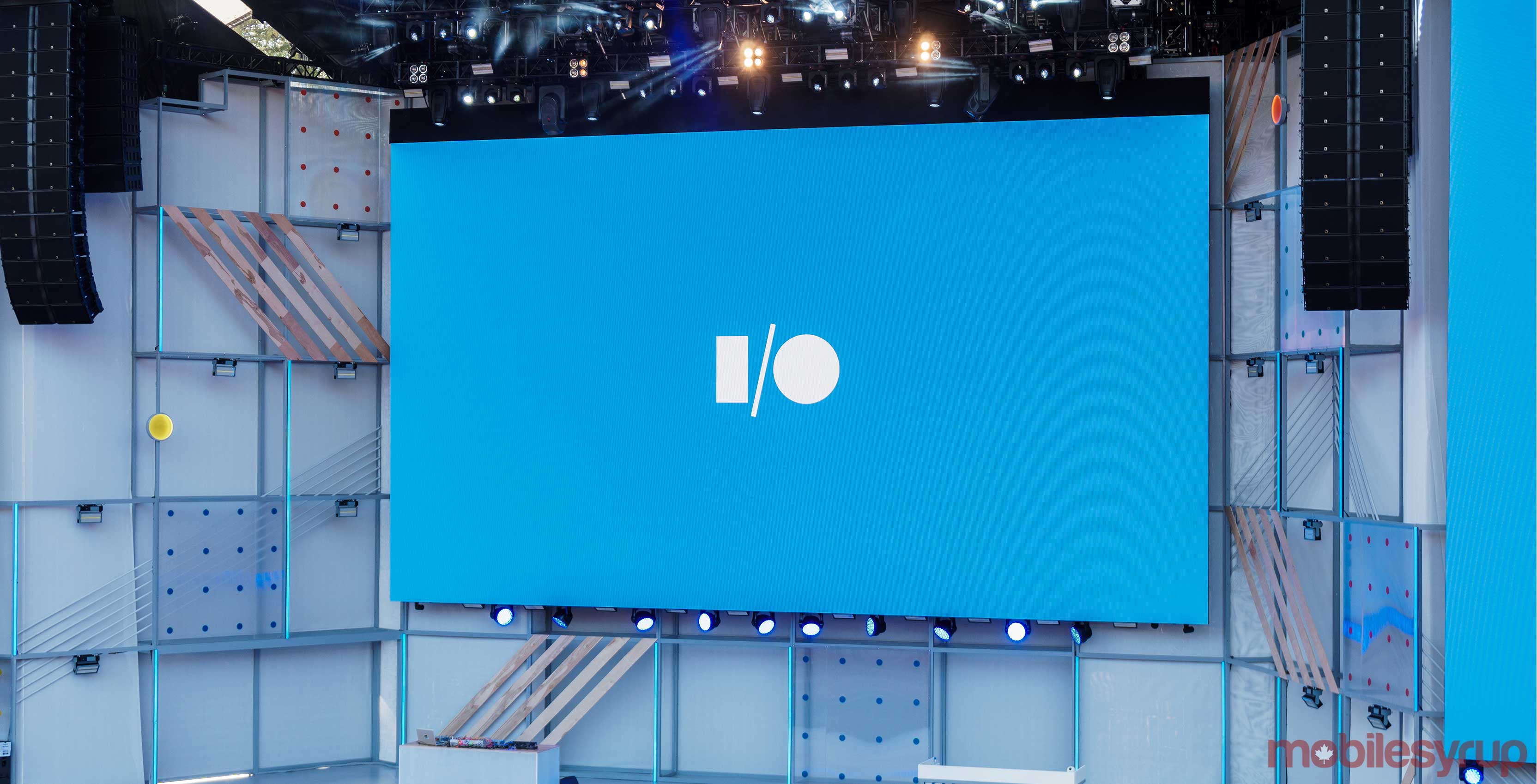 With computer scientists, developers, engineers, device manufacturers and an army of journalists descending upon Google’s Mountain View headquarters for an opportunity to take part in this year’s I/O festivities, MobileSyrup has put together a list of this year’s most interesting announcements. 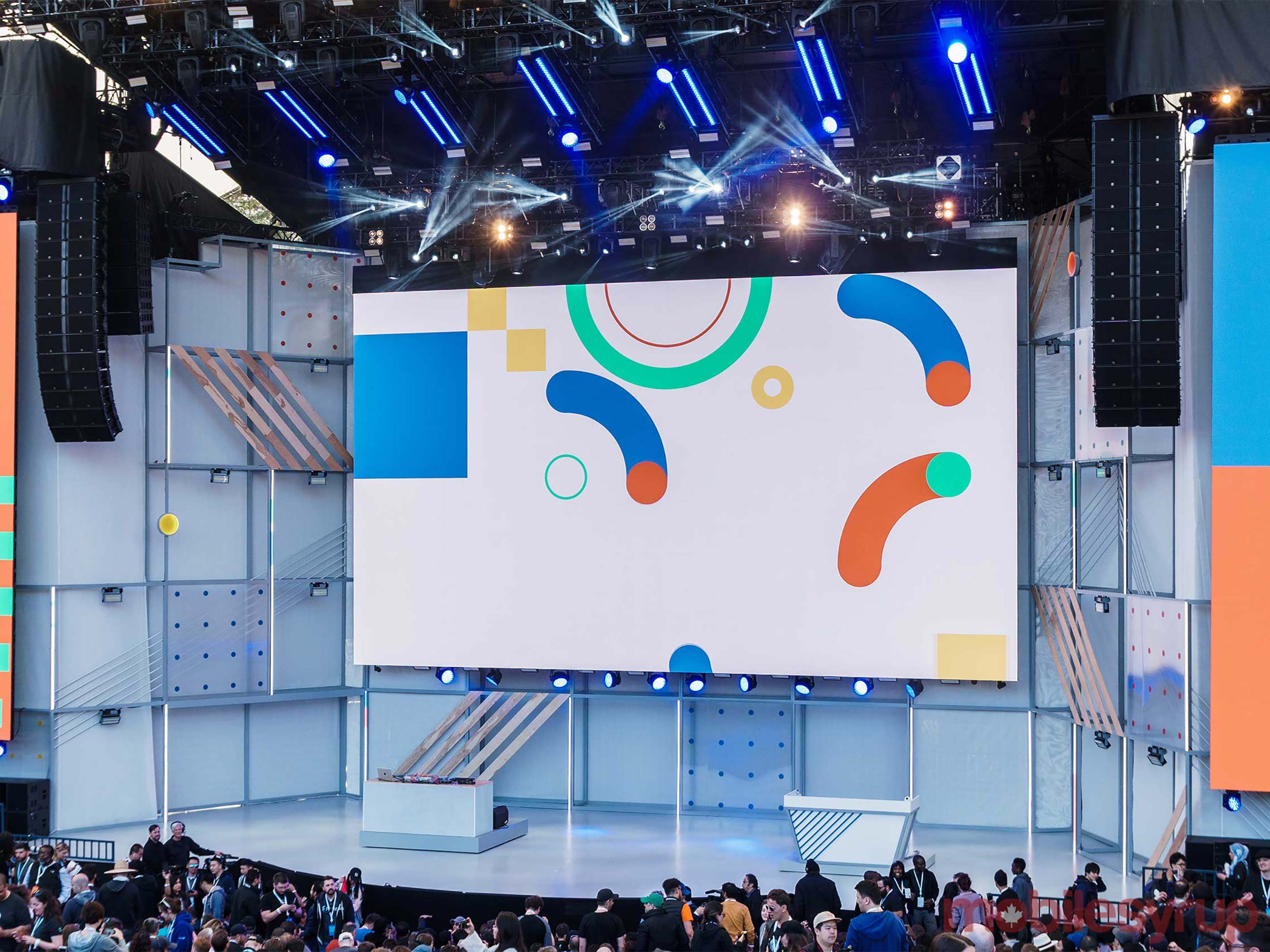 At I/O 2018, Google revealed that Android P’s public beta is now available. The latest version of Google’s mobile operating system adds a number of new features to Android. For example, ‘Shush’ allows users to flip their Android device display facedown in order to turn on ‘Do Not Disturb’ Mode. iPhone X-like multi-tasking gestures are also coming to Android P, too.

Among the most interesting announcements to come out of I/O 2018 in terms of Android P, is the fact that the operating system’s public beta can now be downloaded and installed on Sony, Essential, OnePlus, Oppo, Nokia, Xiaomi and Vivo devices.

An Android beta being available on more than just Pixel and Nexus devices is a first for Google’s mobile operating system and a significant step in the right direction. 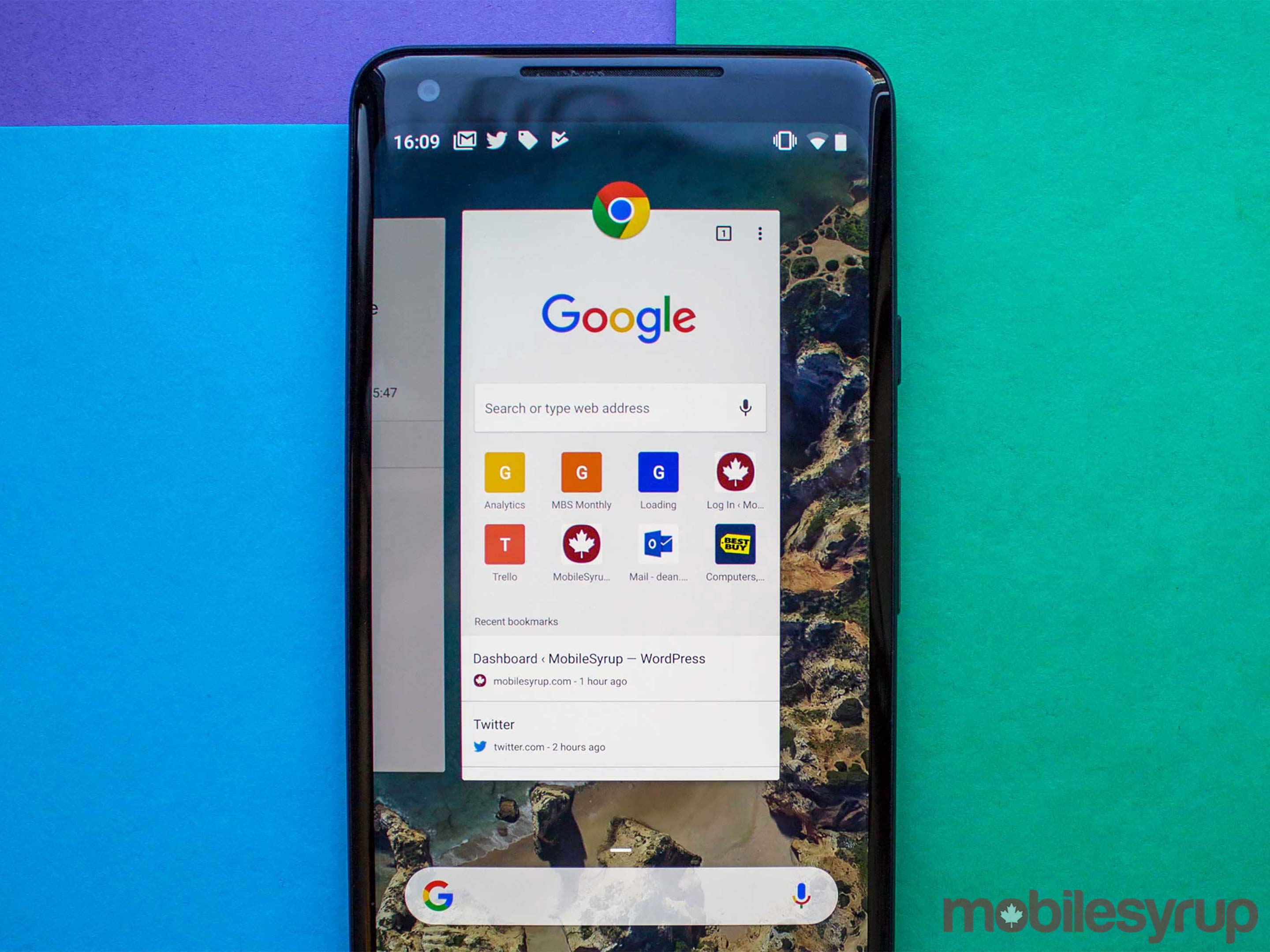 In a move that was expected by most, Google announced that iPhone X-like gestures are set to make their way to the latest version of the company’s mobile operating system.

This shift marks a significant design change for Android. The three icons typically located at the bottom of the display have been replaced with a single line users are able to move around. Replacing the ‘Overview’ button, users now need to perform a short swipe up in order to enable multitasking, similar to Apple’s iPhone X.

The multi-tasking system has also shared a number of similarities with iOS 11 and the iPhone X. With Android P, multitasking now consists of a horizontally scrolling list of open applications, along with access to a search bar and suggested apps.

Before you scroll down to the comments section to let us know that Palm/webOS and later BlackBerry/BB10 in fact featured similar navigation features long before the iPhone X, we’re well aware — Apple’s 10th-anniversary device is just the most modern comparison.

The AI announcements in this year’s #io18 are something out of this world! Google has been working on an AI that can have natural conversations with real people.

Here’s Google Assistant calling to a restaurant and making a table reservation on behalf of the user. pic.twitter.com/sNhEen6t91

If Duplex is truly as capable as Google’s demo made it seem, then it has the potential to be a game changer. Google’s Duplex effectively turns the company’s digital assistant into an eerily human personal assistant, at least in terms of voice and interaction.

In the first demo, Google Assistant navigated a simple exchange that involved arranging an appointment for a haircut. With the power of Duplex, the Assistant was able to navigate the conversion in a way that made sense, while still responding to the hair salon’s various questions.

Duplex is incredibly impressive, but it’s likely that the feature won’t be available to the public at any point in the immediate feature. 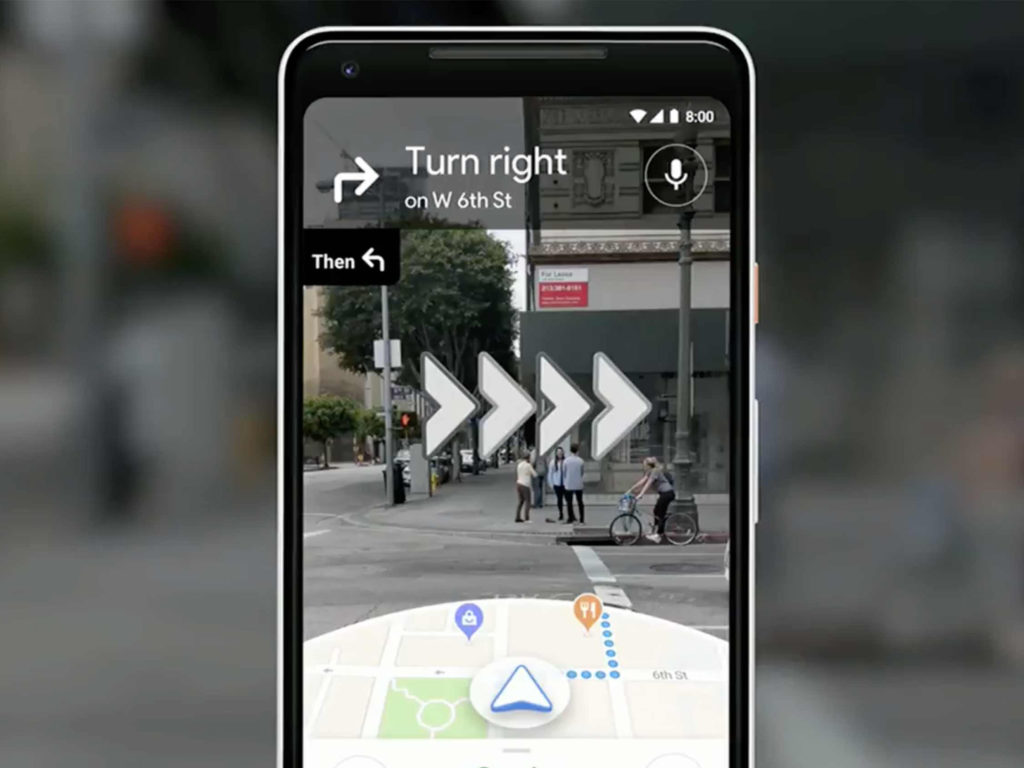 Say what you will about Google Maps, but it’s difficult to imagine how one would go about revising the app’s navigation experience. However, this year’s I/O shows that Google still has some tricks rolled up its mapping sleeve.

Not only is Google Maps set to receive updates aimed at introducing personalized recommendations, the app will soon support a new visual positioning system that aims to reduce the awkward circling you inevitably do when attempting to line up with the directions in Maps.

Google Maps will soon provide users with a blown-up 3D navigation system that will instruct users when and where to turn by capturing images fed to the app through the device camera.

A brand new Android dashboard to manage your time better 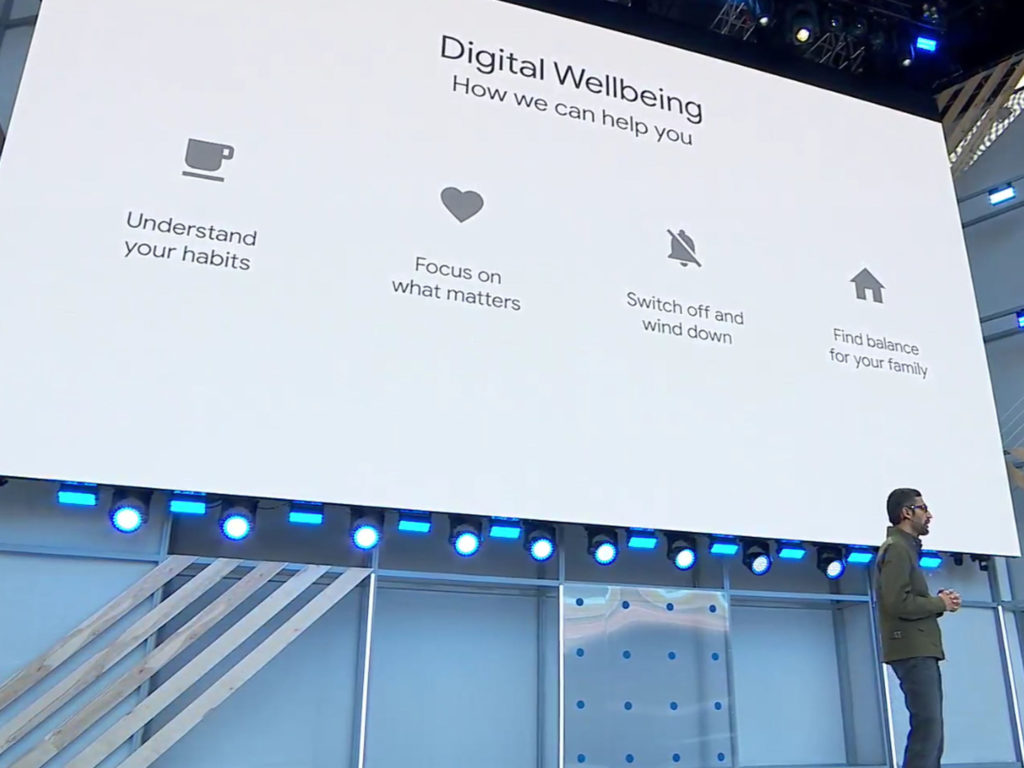 With more people owning smartphones than at any other point in history, it seems Google is interested in supporting the overall well-being of its users.

As part of the company’s upcoming Android 9.0 P version update, Google is introducing a new dashboard that provides users with a snapshot of their device usage.

The Android Dashboard tells users how long and how often they’ve used apps and provides users with the option to set time limits to control how often they can use specific apps.

Users can even set up reminders and notifications to instruct them to take a break from using certain apps. The Android Dashboard is part of Google’s new commitment to what the company calls ‘Digital Wellbeing.’

Google Lens is finally moving to the camera app 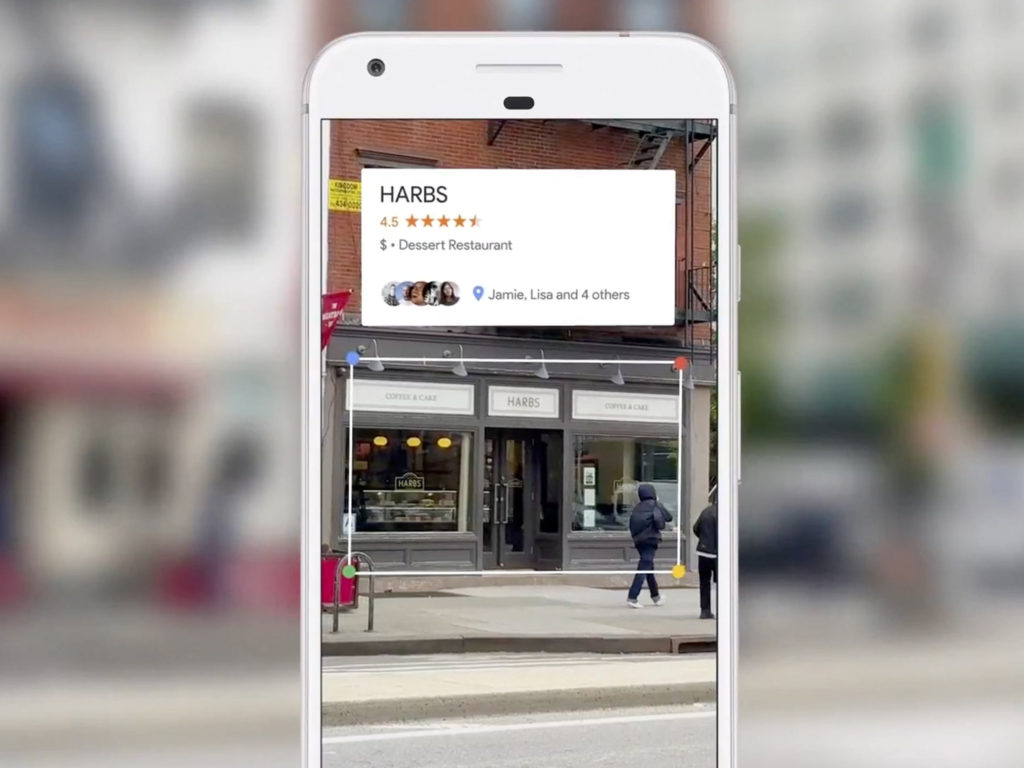 While Lens, Google’s object-recognition platform, is still very much in its early stages, the company used its I/O 2018 developers’ conference to announce new updates to the platform.

Finally, Google said it hopes to allow users to browse the real world simply by pointing their cameras at real-life objects.