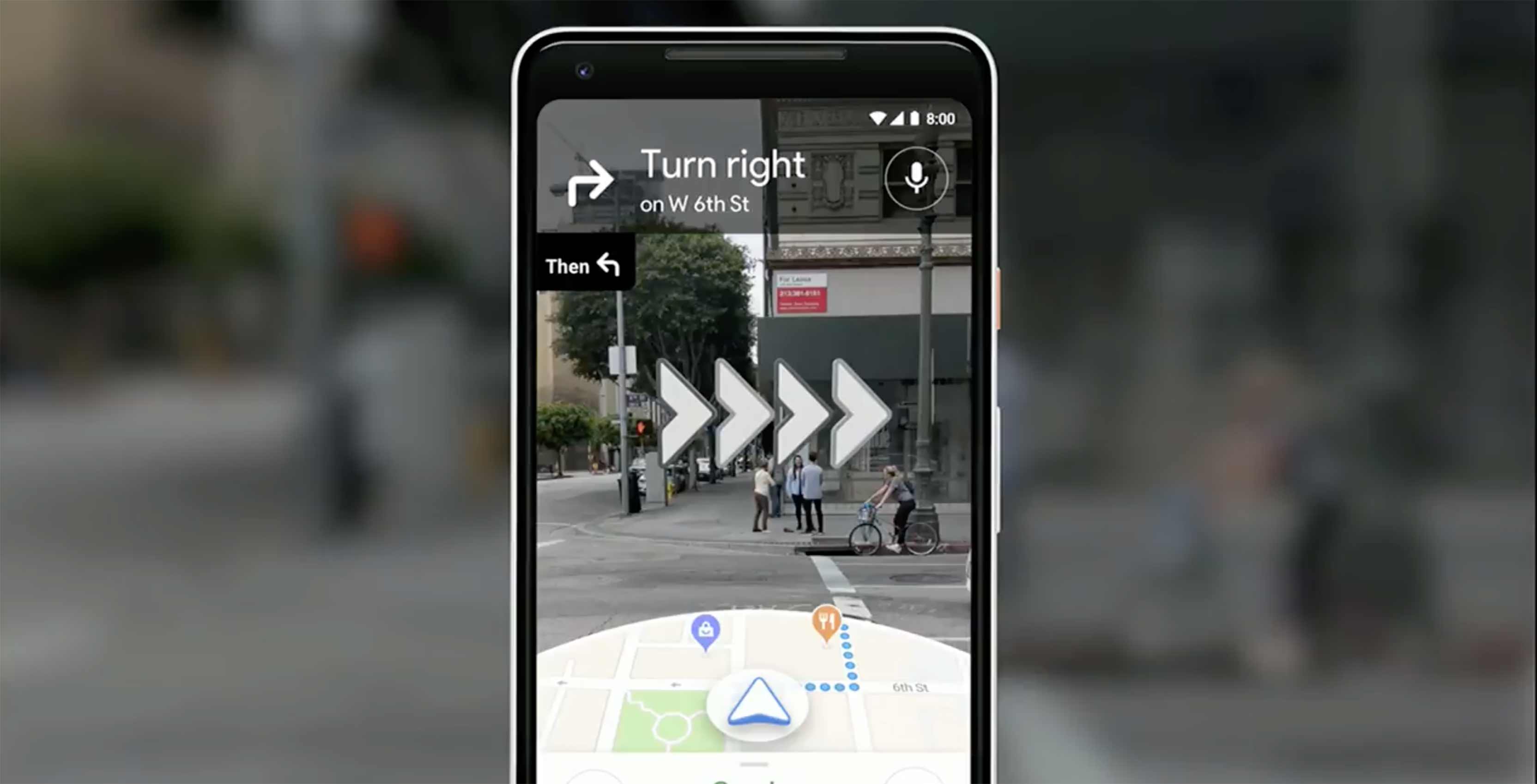 Google has announced a revamped version of Maps that utilizes a complex visual positioning system to offer improved navigation.

At the ongoing Google I/O conference, senior director of product Aparna Chennapragada showed how Google is “combining the power of the camera and computer vision with Streetview and Maps to reimagine walking navigation.”

In her presentation, Chennapragada noted how users would often have to move around in the real world to line themselves up with the blue dot marking their location in Maps. To avoid any such confusion, Google Maps will instead display blown-up 3D directions such as lit-up arrows and precise steps like “6th street is 100 feet away.”

Meanwhile, a smaller version of the traditional Maps experience will be displayed on the lower half of the screen, should it be needed.

Additionally, the demo showed that panning the camera around the streets would automatically highlight points of interest nearby, such as cafés or retail stores.

Finally, Chennapragada said that “just for fun,” the Maps team has also been experimenting with a digital avatar that can help further guide users, with a cartoon fox shown off as an example.