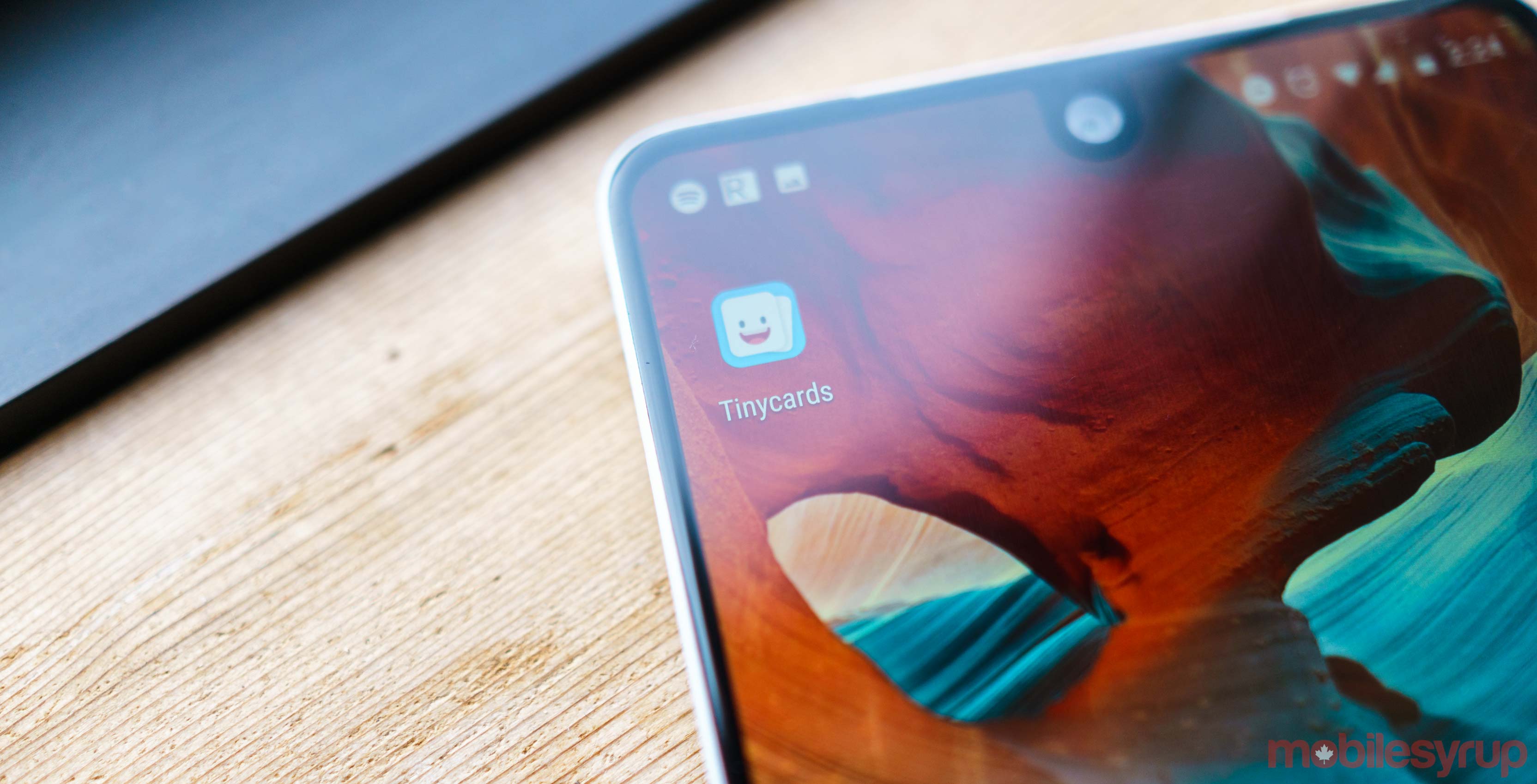 If you’re like me, you spent a lot of time in school making flashcards to study for tests. In my third year of university, the iPhone 3GS had just come to Canada and so even then the process was mostly manual as opposed to app-based.

Thankfully, just like our smartphones, flashcard apps have come a long way since I last attended my last university class. There are a lot of great options out there, but one of the best ones available, on either iOS or Android, comes from an unlikely source: Duolingo.

Compared to the company’s main app, which has more than 100 million downloads on just the Google Play Store, Tinycards is Duolingo’s lesser known sibling. It’s a shame too, since Tinycards has a lot of great features that make it stand out. 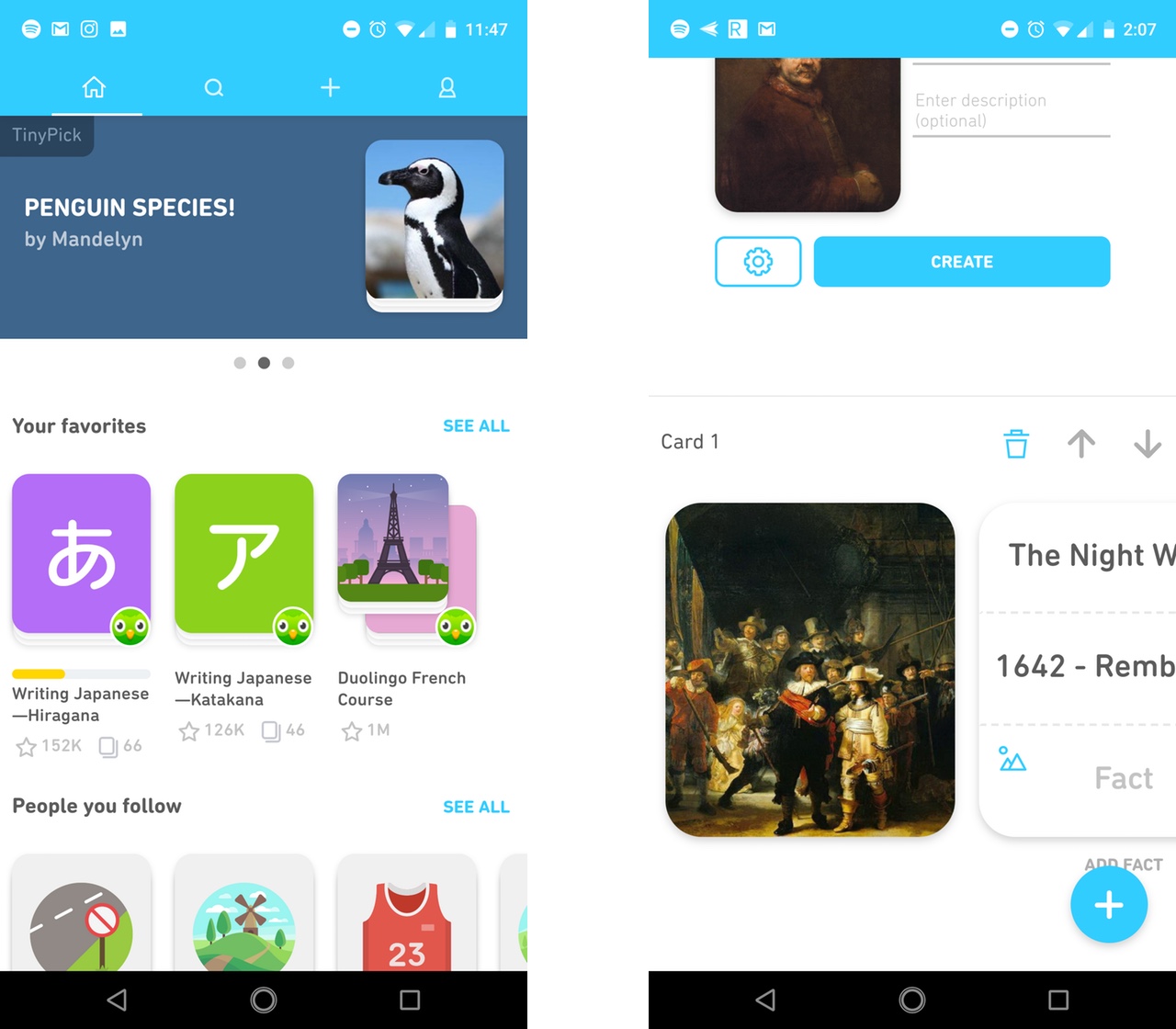 On the surface, the app appears a simple offshoot of Duolingo’s language learning app. Like Duolingo, Tinycards structures its lessons into small, bite-sized portions so that even those who have little time to spare can squeeze in a session or two each day. It even uses a lot of the same tricks as Duolingo to motivate the user. However, the more limited scope of each Tinycards deck is likely to make the app a better fit for those who want to learn specific topics.

For instance, say you want to learn a couple of key phrases instead of an entire language from start to finish. Tinycards is perfect for that, because there’s a very good chance someone in the app’s community has created a deck to help you with that exact goal. Similarly, say you want to focus on a more granular aspect of a language, like common adjectives and verbs, then it’s just as likely there’s a community-sourced deck for that too, in addition to official ones from Duolingo.

But even if learning a new language isn’t one of your goals, Tinycards still has a lot to offer. While a lot of the available decks do focus on helping users learn new language, for obvious reasons, decks devoted to languages likes French, Spanish and Japanese are just some of the subjects you’ll find on Tinycards. You’ll also find decks on topics as diverse as biology, math and history; there are even decks to help anyone who’s studying for their LSATs or MCATs.

What’s more, users can create their own sets with Tinycards. With the Tinycards’s built-in online image search, I was easily able to create a deck for one of the art history courses I took back in university. With a bit of ingenuity, custom decks can be adapted to a variety of different subjects. 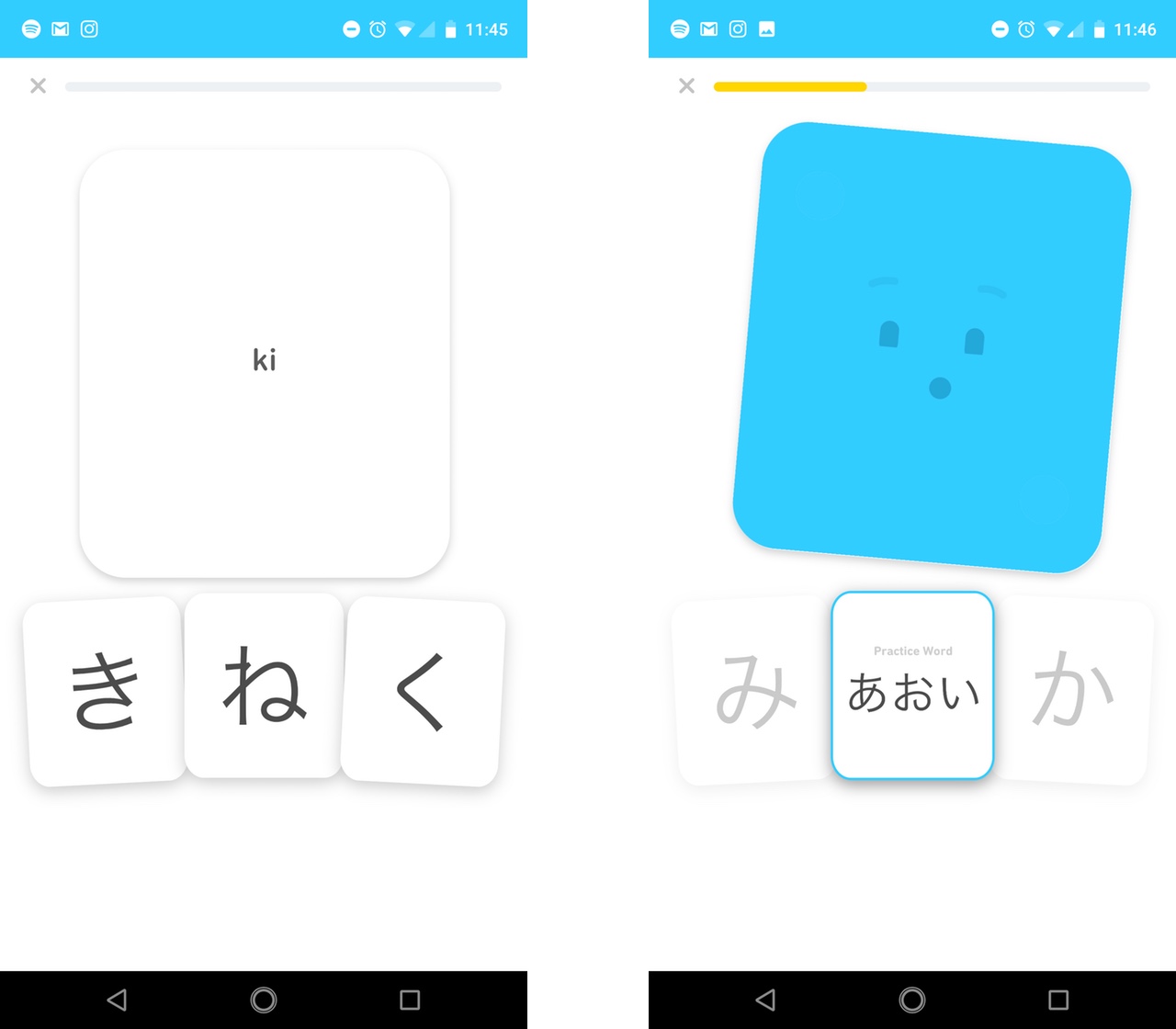 Then there’s the simple fact that Tinycards is a joy to use. Each time you answer a question correctly, the card in question will come alive as it smiles. It’s a small thing, but at least in my experience, the cute, cheerful way Tinycards does things has done a lot to make me want to come back to it.

If Tinycards’ developers made one misstep, it’s that the app needs an online connection to function. I haven’t been able to find a way to save a deck, unless it’s one I’ve created myself, for offline use. A Duolingo Plus subscription doesn’t help in that regard. On the flip side, Tinycards is completely free, with no in-app ads or purchases to distract you from the experience.

Tinycards is available on desktop, iOS and Android.