Obliterate humanity as fast as you can in Plague Inc. [Game of the Week] 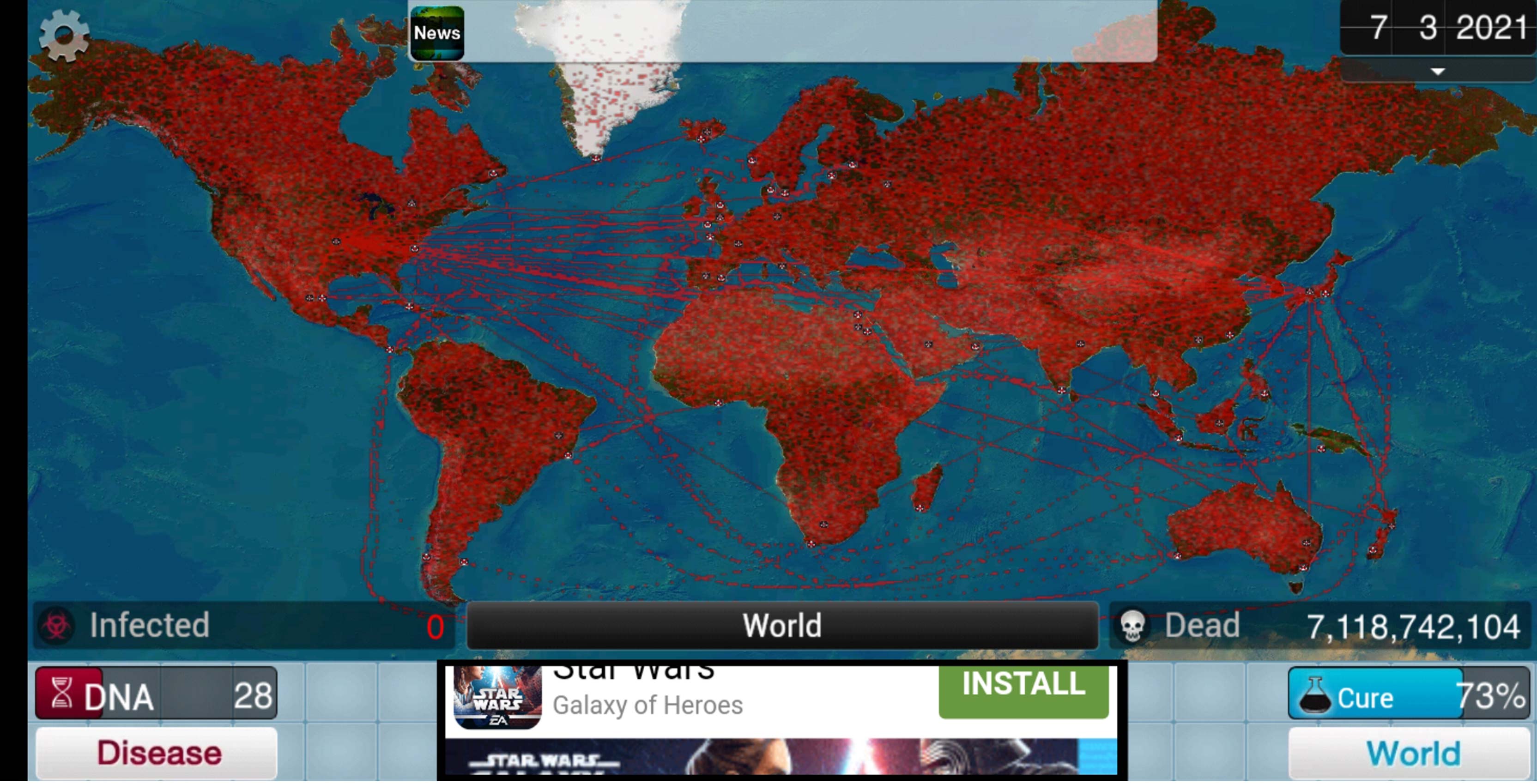 Lately, I find myself playing Plague Inc. whenever I have a spare moment.

The idea behind the game is to wipe out the earth’s human population by controlling a plague. It’s both amusing and much more difficult than it might seem on the surface.

In the game, you become an illness with the goal of wiping out the human race. In the most basic mode, you’re a bacteria — the most common cause of plague — with unlimited potential.

There are other plague types such as virus, parasite and nano-virus, but the player has to beat the game before getting to this point and I personally have never gotten that far. 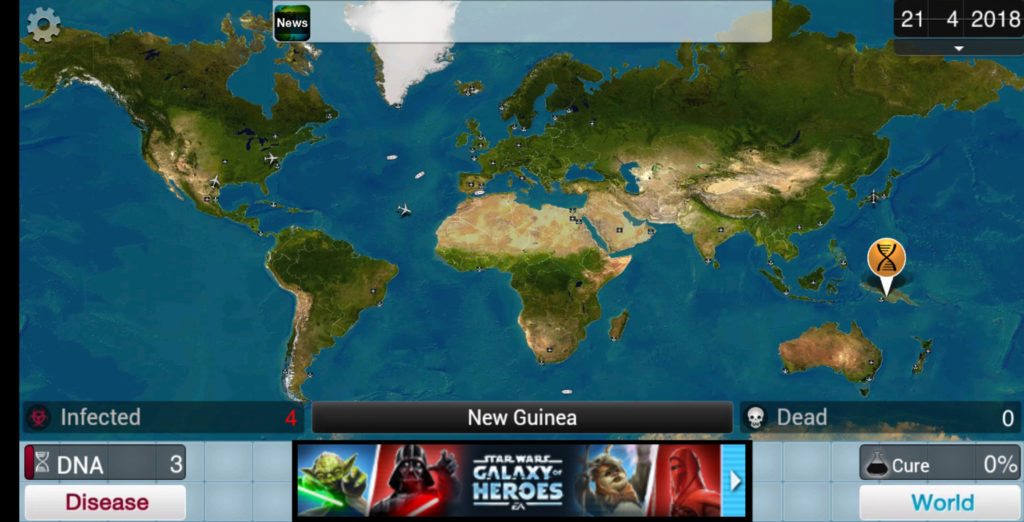 After selecting bacteria, the user has to pick a game difficulty that includes casual, normal and brutal. Casual is definitely fun but very easy. ‘Normal’ is where the real the challenge comes in — I’ve never even tried ‘brutal’ due to the normal mode’s difficulty. Once you’ve chosen your difficulty, you get to select your disease’s name.

You can also choose to modify the genetic code, but only after you start winning more games — not in casual mode.

The first step of the game is to choose where exactly you want to start your plague. After you choose a place, an orange DNA bubble pops up. DNA bubbles are gained by infecting and killing people. Popping these balloons will give you more DNA points which are used to evolve your disease, which has a number of benefits.

Before you evolve your disease, make sure to press the pause button in the top right corner. Evolving gives your disease better survivability, better transmissions and abilities and can determine which symptoms your plague causes. The first option, transmission, is how your disease gets around. It includes transmission by birds, rats, mosquitoes and livestock, as well as blood-to-blood contact, airborne or via water.

Following transmission is symptoms. Symptoms start off pretty basic, such as nausea, rashes, anemia, cysts and even insomnia. But the more points you spend in the different symptoms trees, the more severe you can make your plague. There are future options to give your plague symptoms like paralysis, comas and total organ failure. 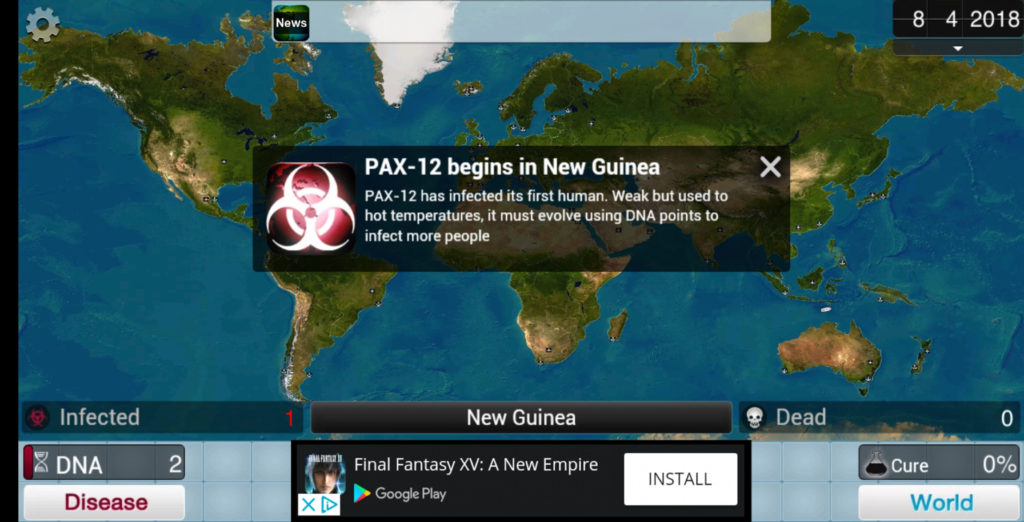 After symptoms is the abilities page. This is where your diseases can gain certain abilities such as bacterial resistance, protection against cold weather and even drug resistance — an ability that becomes extremely helpful.

As your disease spreads countries there will be red bubbles you’ll have to pop which also gives you more DNA points. Eventually, the human race will attempt to cure the disease. It becomes a race against a clock, can you kill humanity before they develop a cure?

The human race will also start to notice certain abilities of the plague, such as if it affects birds. Some places will start killing pigeons. Depending on the ability some counties will even stop air traffic or water-based traffic, to prevent the cure from spreading.

There’s a newsreel at the top of the game. Keep track of that as some countries will suffer from earthquakes and tsunamis or even develop into anarchy.

There will be some jokes in the newsreel as well, such as the death of ‘Justin Bleeber.’

You can also click on certain countries and see how well they’re doing, how many people have died or if the country is poor or humid. For example, the description for Canada is a rich country that typically has a cold climate. 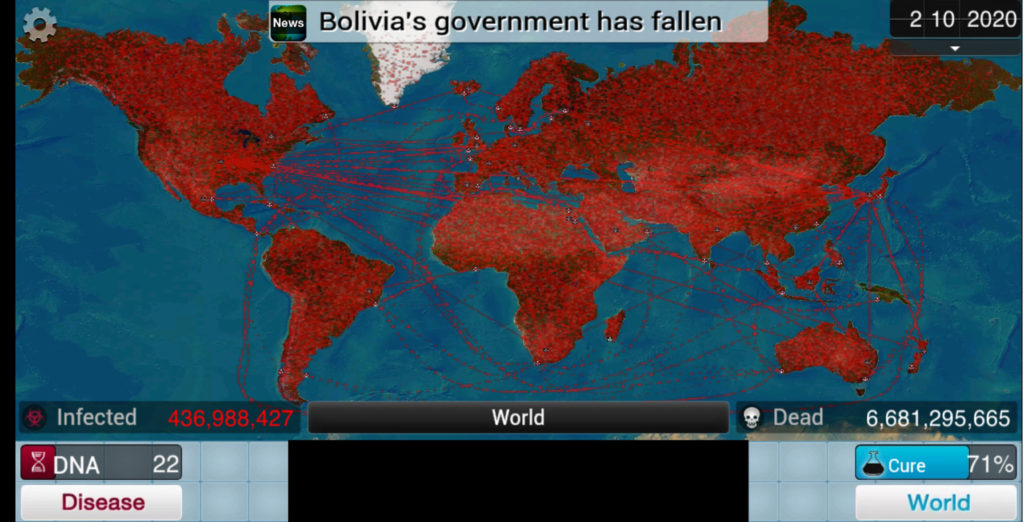 While this game is fun, it can become frustrating. On one occasion, my plague spread to everywhere in the world, killed off almost all of the world’s population but due to New Guinea closing its airports and shipping docks I couldn’t infect those people and eventually the plague killed everyone infected but not everyone on earth.

While the game is tough, the amusement it provides and strategy required to play the game has me continually trying to beat it.

Plague Inc. is available via the App Store and the Google Play store.