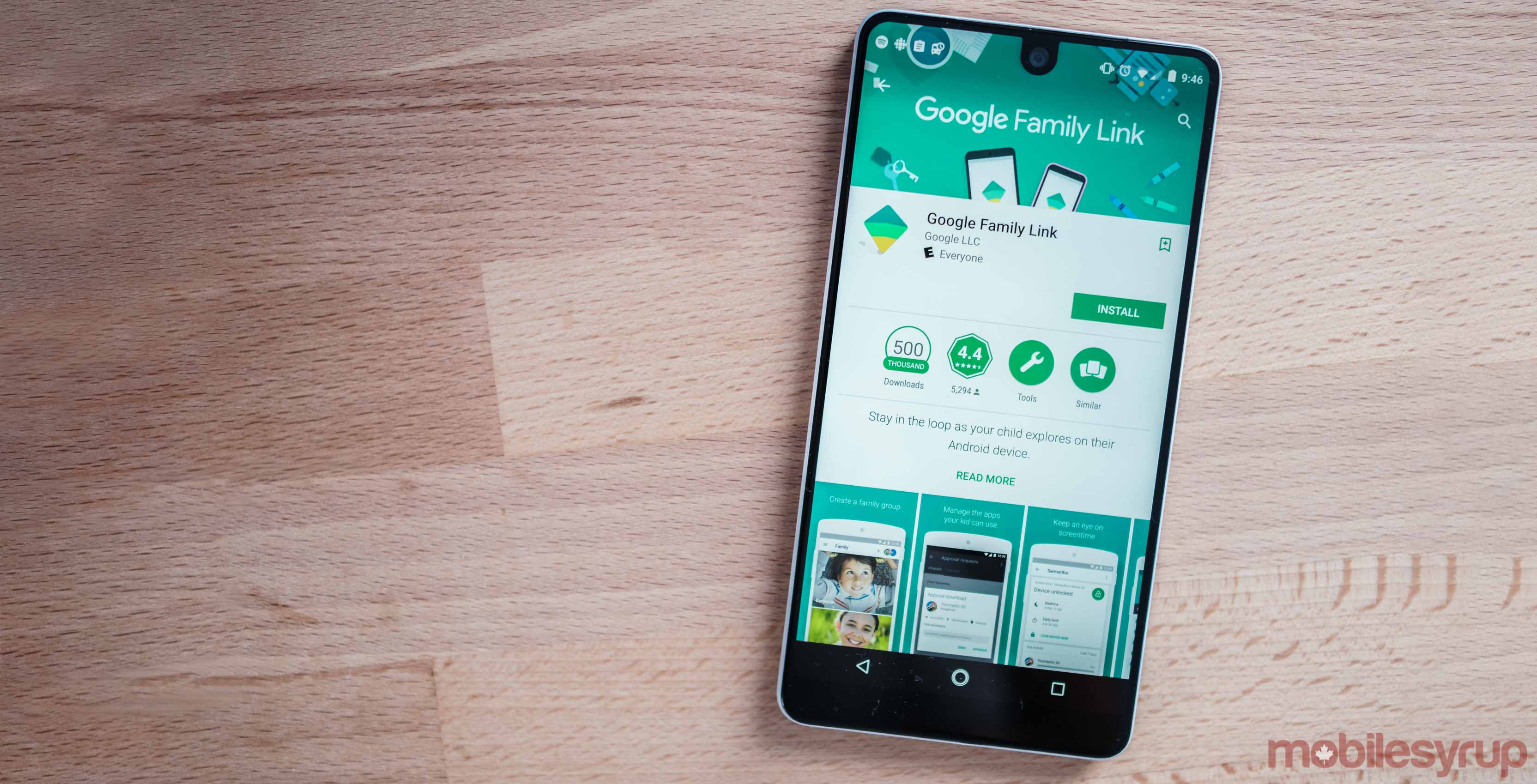 Canadians have a new tool for monitoring their children’s digital activities without having to compromise on features, or force a locked-down device onto their offspring.

Google is launching Family Link in Canada on Wednesday as part of the company’s ongoing global expansion of the service following its launch in the U.S. last year. The parental control service was also available in Australia, Ireland and New Zealand prior to the Canadian launch.

Family Link allows parents to give their children a fully functioning Android device that uses a Google child account (someone who is under 13 years of age). The parent installs software on their Android or iOS device to control the privacy and authorization settings of their child’s phone. 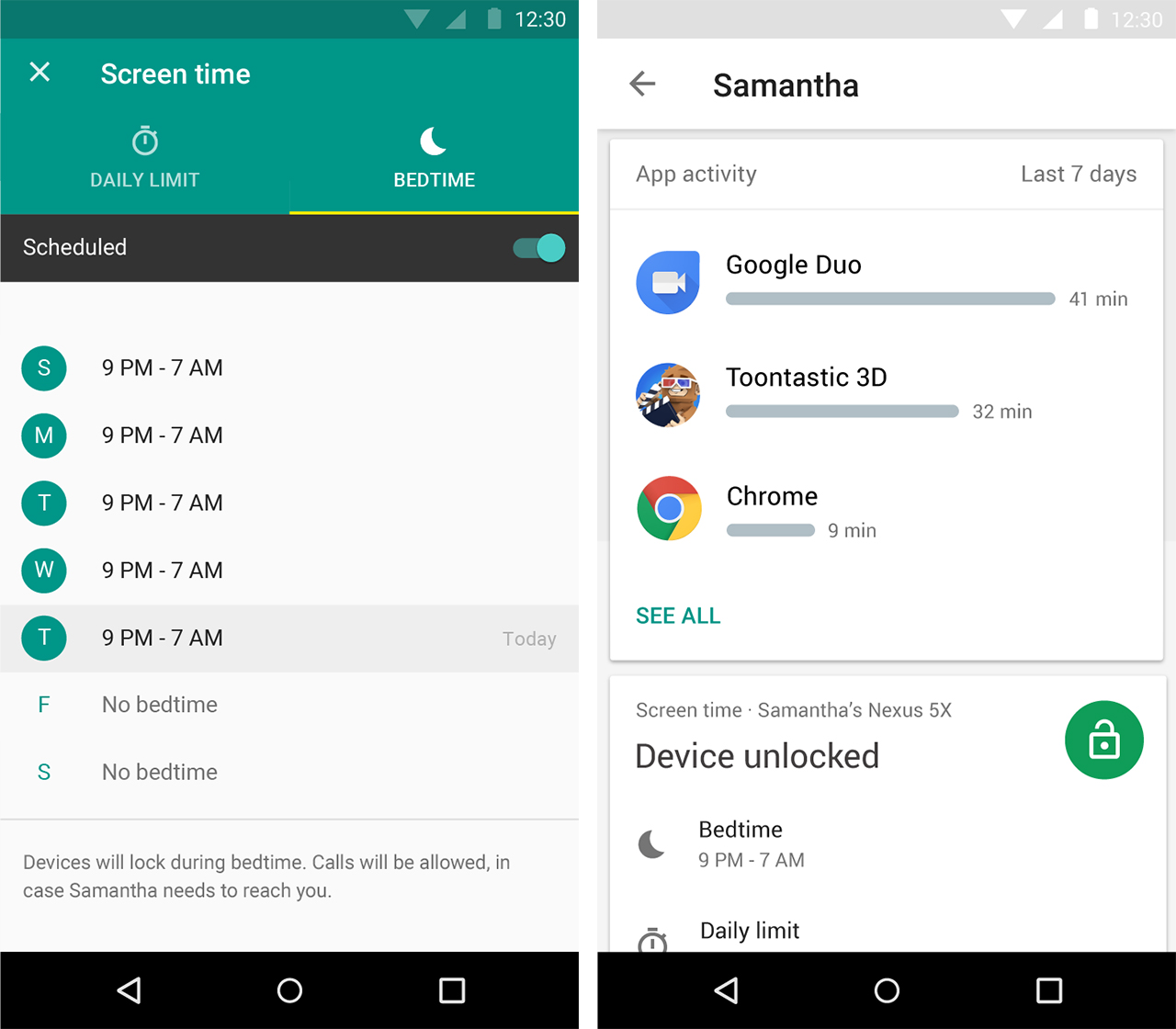 For example, parents can set how much screen time a child is allowed per day, set a bedtime schedule for when the device will lock and see which apps the child spends the most time on in usage reports. Parents can also set the minimum rating threshold for automatically allowing download content (such as E for games or PG for movies), otherwise parental approval is needed.

“About three years ago, we realized that kids are becoming very digital savvy and I, as a parent, was not in the loop on what my daughter was doing and that was not an acceptable place for me,” said Pavni Diwanji, a vice president of engineering at Google and the person who spearheaded the creation Family Link, in an interview with MobileSyrup.

There are 5.8 million children under 14 in Canada. According to Google’s research, 76 percent of Canadian kids between the ages of 2 and 12 own or share a tablet and 37 percent own or share a smartphone. 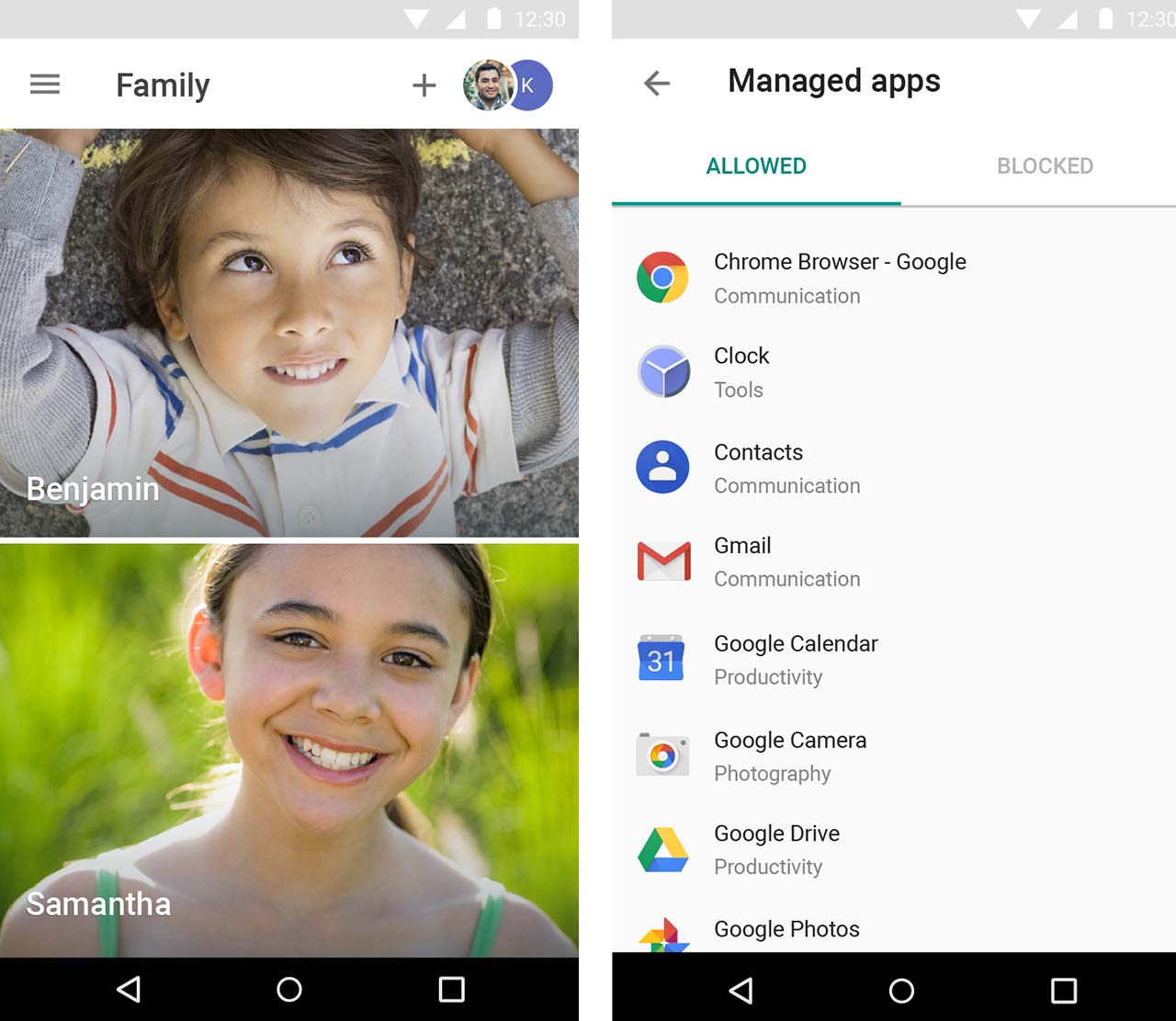 “Kids are very curious and also really savvy, so when we did our early testing we found that if we have any kind of locked down environment, it doesn’t satisfy the kid’s curiosity,” Diwanji said. “We want kids to learn to explore.”

It’s this approach that has led to Family Link’s more open nature compared to some competitors. Many parental control systems or devices offer a closed playground for children with permanently locked websites or the inability to use certain features and apps. With Family Link, parents can go in and block websites in Chrome or features in apps, but otherwise it’s essentially the same experience as adults.

When a child chooses to install an application, download media or make an in-app purchase, a pop-up notification will appear on the parent’s device prompting them to approve or deny the download. Once the parents approves, the download will begin. The parent can also approve the request in person if they are nearby.

Similarly, parents can choose to temporarily or permanently uninstall applications, causing them to disappear from the child’s device until approved again. The child can also see the same usage reports as their parents, allowing for transparency between both.

“Kids, when they get devices, don’t want a kidified experience. They want the experience that their parents or older siblings have,” said Saurabh Sharma, Google’s Family Link product manager during a briefing in Toronto. “So we decided to just leave that the same. And from all of our research and feedback so far, kids have been just fine with it.”

Google wanted to create a framework where parents are always in the loop, Diwanji added. 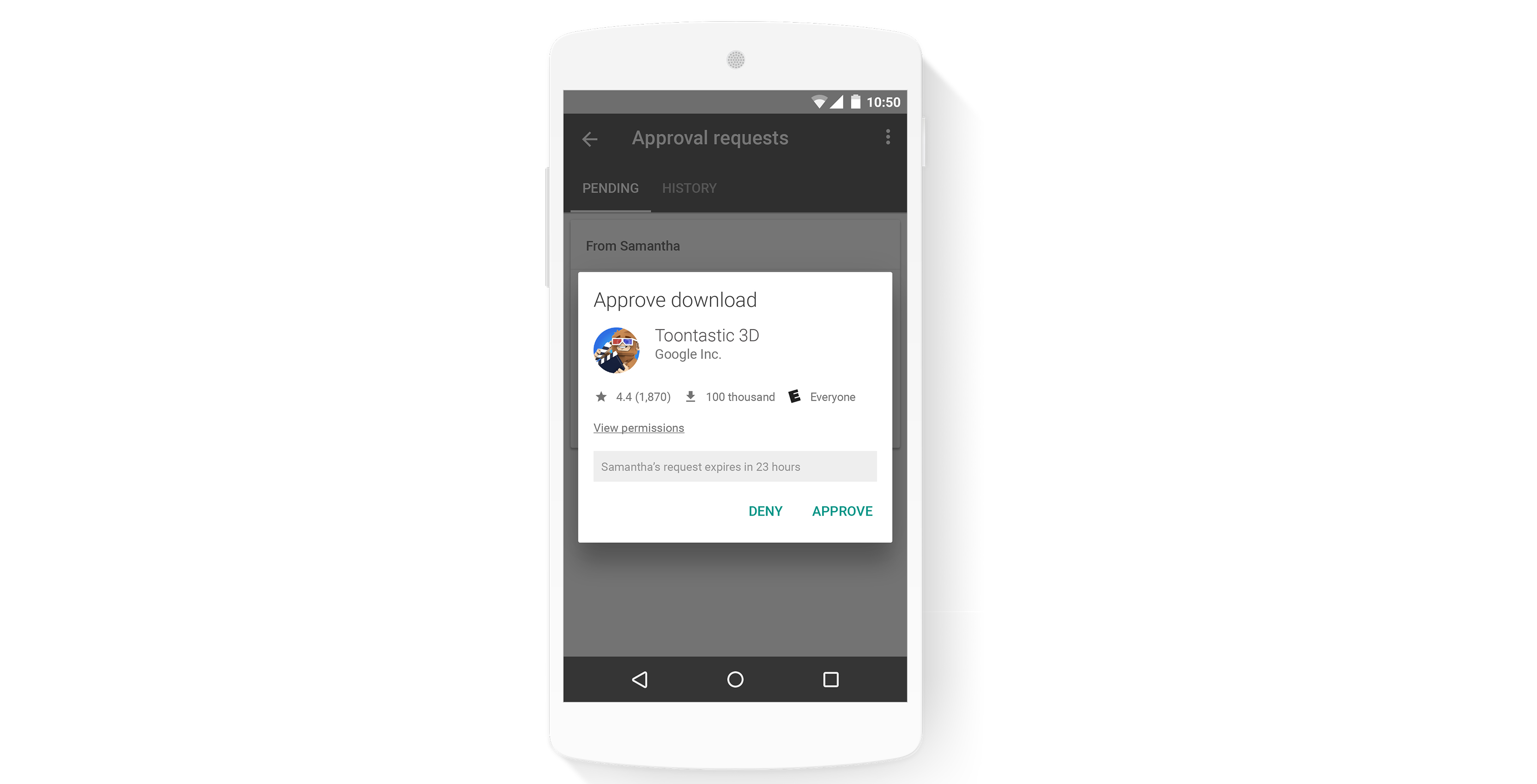 “Some of these locked down devices are being used as a substitute for parenting,” she said. “As a parent, I want to know what my daughter is doing and I want to have a conversation with her. I don’t want any technology to replace that.”

When it comes to privacy and using the data gathered from Family Link, Diwanji said the passionate team of Googlers behind the product are “parents first and Googlers second,” so they are aware of concerns and comply with all the necessary privacy laws.

The team is excited to launch in Canada, she added, saying that there is a lot of work still ahead as more features are added and feedback is received. Chromebook support is said to be expected later this year, for example.

“We have a lot of work ahead,” Diwanji said. “I see this as just the beginning. We want to do more for parents and kids.”

Google Family Link requires a new device for the child that runs Android Nougat (7.0) or higher and the Family Link app on the parent’s device (Android or iOS).