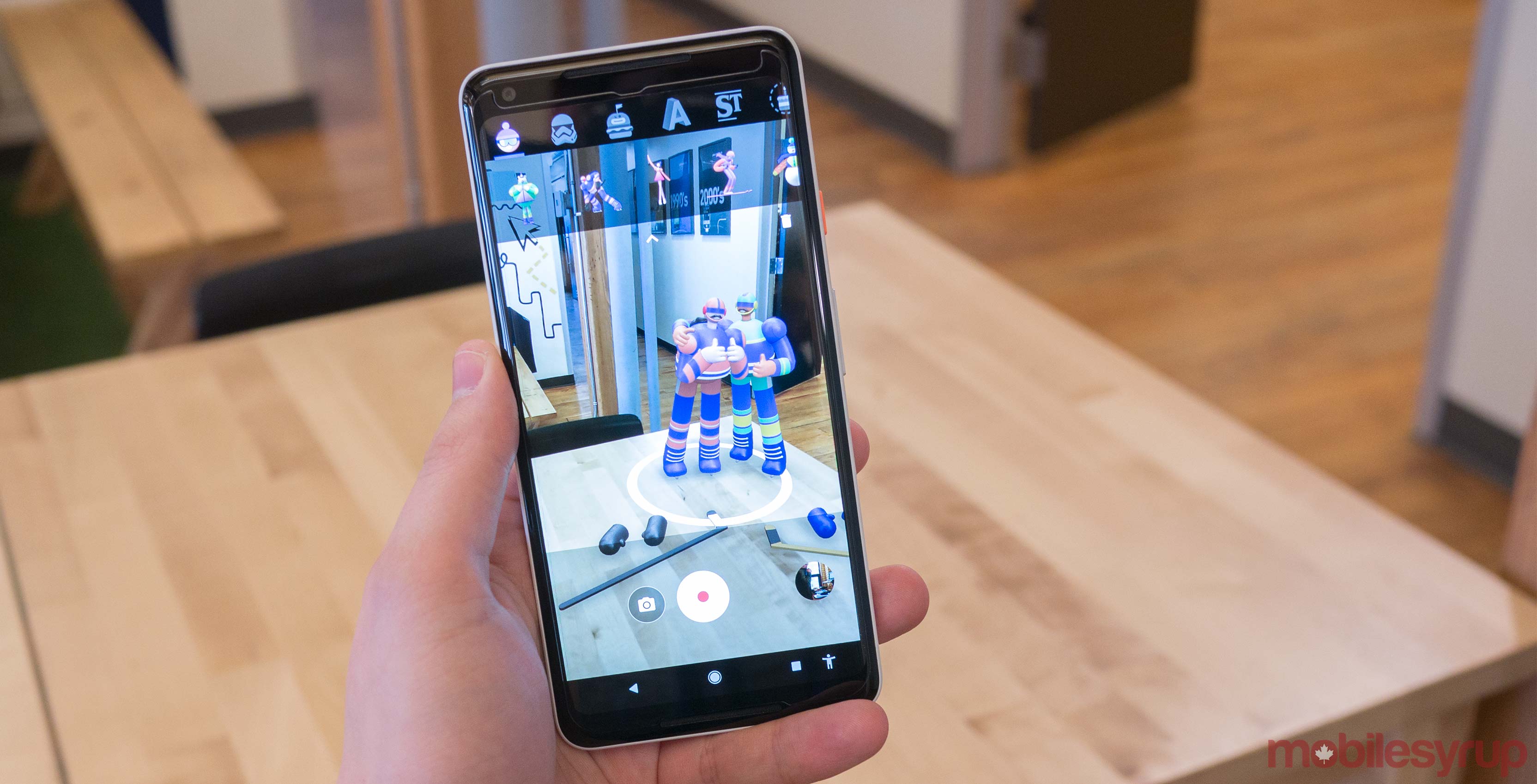 In celebration of the ongoing 2018 Pyeongchang Winter Olympics in South Korea, Google has brought new AR Stickers to the Pixel and Pixel 2.

These new Olympic sports-themed stickers are the latest to hit Google’s flagship smartphone, following the launch of Stranger Things and Star Wars: The Last Jedi packs that dropped last December. The Blocks AR pack has also been updated, adding new balloon types and a microphone sticker.

Each sticker features its own animation, too. For example, the hockey player stickers put down their sticks and stereotypically engage in a hockey fight.

In order to get your hands on this update, all you need to do is boot up your camera on the Pixel or Pixel 2 and head over to the app’s menu. Next, tap AR Stickers and then scroll past existing packs in order to make it to the Winter Sports or Blocks AR icon.