With the reveal of Nintendo Labo, a variety of interactive, Google Cardboard-inspired toys, the Japanese gaming giant has finally shown off what it’s calling a “new way to play.”

Nintendo Labo is set to launch on April 27th in two packs that feature cardboard panels that pop out in order to construct interactive objects known as Toy-Cons. These Toy-Con accessories work with the Switch console’s detachable Joy-Con controllers to create a series of interactive experiences. 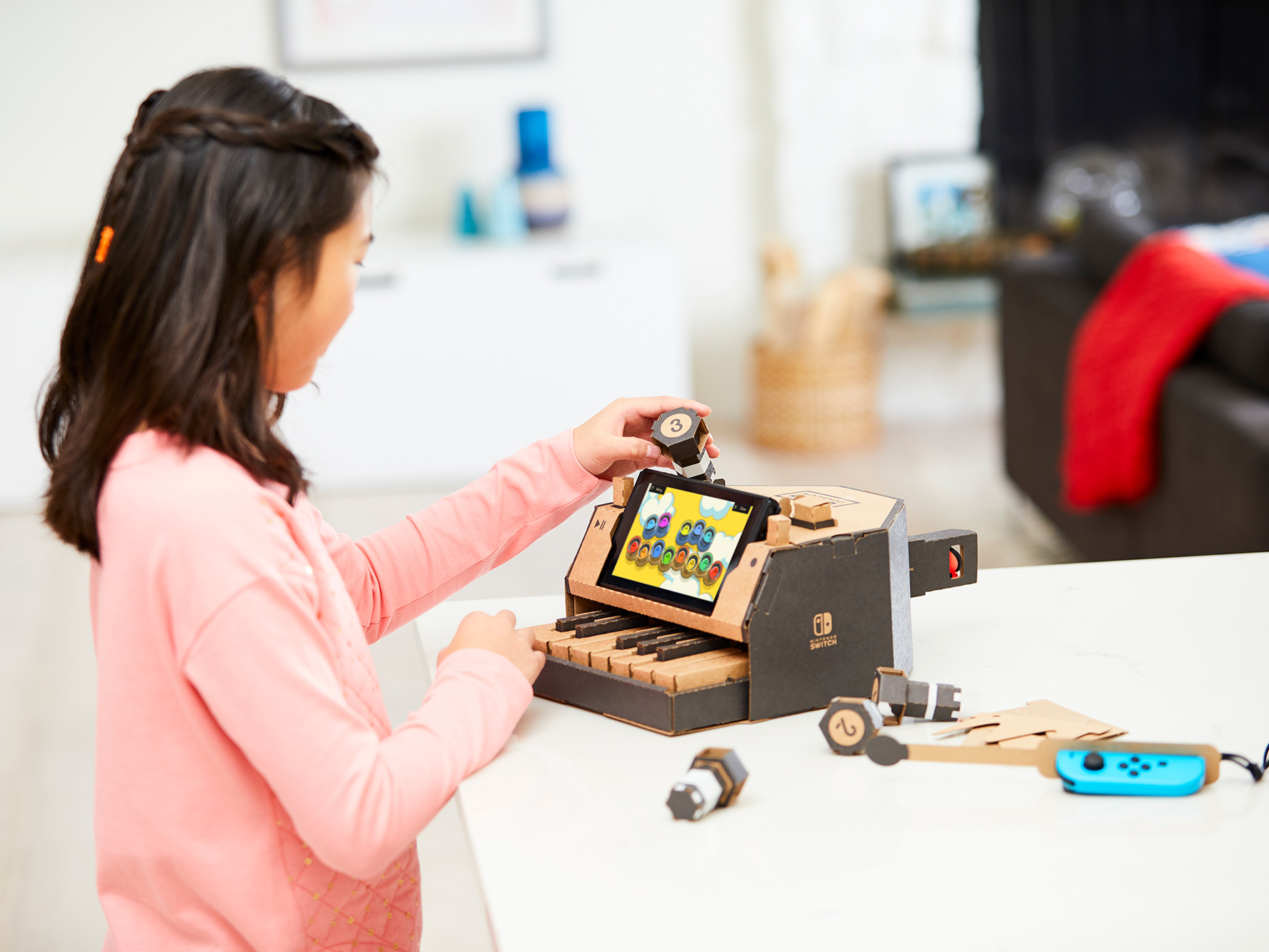 “Nintendo Labo continues our longstanding mission of making people smile by surprising them with new experiences,” said Reggie Fils-Aime, Nintendo of America’s president and COO in a statement. “It is an exciting evolution of the Nintendo Switch platform — one designed to inspire curiosity, creativity and imagination in people of all ages.”

The Toy-Con fishing rod features a rotating wheel that’s attached by a string to a cradle that holds the Switch console. Players then cast the rod towards the switch and attempt to catch virtual fish by unwinding the reel.

The second set, called the Robot Kit, allow players to build a wearable Robot suit where the left and right Joy-Cons are inserted into designated slots in the Toy-Con.

In Nintendo’s promotional trailer, Toy-Cons that have been customized with paint and tap eare also shown off. A special Customization Set is also in the works that includes stencils, stickers and coloured tape, says Nintendo.

To the gaming giant’s credit, Nintendo Labo are different, though still a little ridiculous looking. It’s likely that Toy-Cons will be a hit with their intended younger audience, though. It will be interesting to see if Nintendo continues to push the concept and released more complicated Toy-Con kits in the future.

Amazon reportedly planning ‘Biggest Sale in the Sky’ for June 22