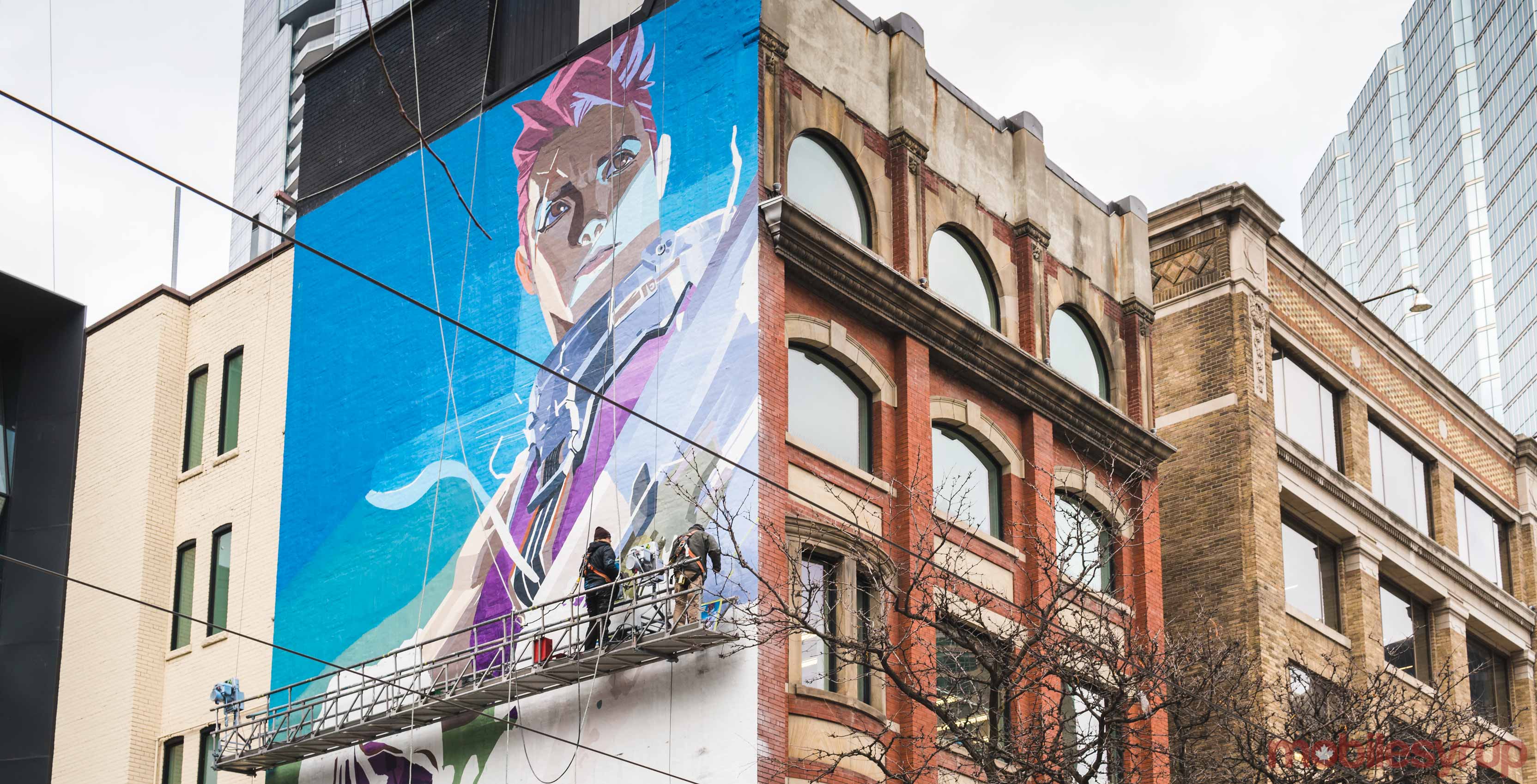 In this, the darkest of timelines, the world needs heroes, with no city in greater need than perhaps Toronto.

Thankfully, it appears once such hero has answered the call.

On Tuesday, fans of the immensely popular team-based first person shooter Overwatch spotted the start of a mural featuring the stoic face of Zarya, one of the game’s playable characters.

FINALLY AN OVERWATCH MURAL IN TORONTO IM SO HAPPY I CANT WAIT TO SEE IT DONE AAAAAAA pic.twitter.com/aaWykkqtq7

The artwork is located on King West, on the side of the building that houses upscale Mexican restaurant Los Colibris. If you’re familiar with the building, you’ll have likely noted the fact it has played host to a variety of advertising murals in the past. It’s near the Princess of Wales theatre.

Blizzard, the creator of Overwatch, has commissioned similar murals in various cities across the globe. In a video on the official Overwatch YouTube channel, the studio showcases the creation of one such mural in downtown Sydney, Australia.

Since launch, Overwatch has sold 35 million copies, making it one of the most popular games in recent memory.