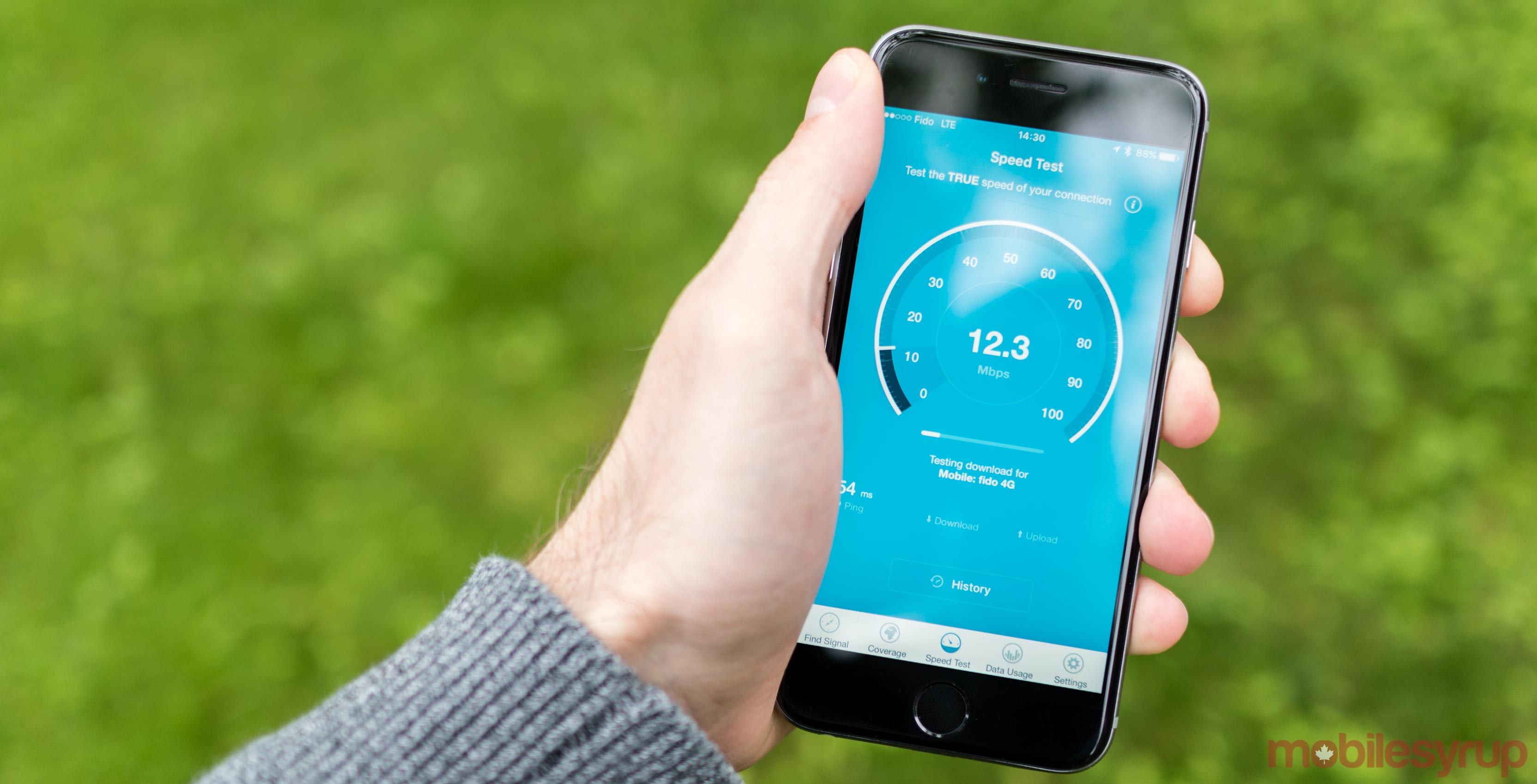 Speed testing platform OpenSignal’s latest State of LTE report reveals the global 4G market is on the brink of an important transition from focusing on speed to availability.

In its global report for November 2017, the company says 4G speeds have stalled in the top-performing countries, and even begun to decrease in some cases.

Canada is a prime example. In the company’s last report in June, Canada achieved an average speed of 30.58Mbps, and took 13th spot. Now it’s at 29.79Mbps and ranks 14th.

We’re not alone, either. Hungary, which ranks fourth with an average of 42Mbps, declined slightly from 42.61Mbps since the last report. Meanwhile, the top-ranked country, Singapore, has yet to break 50Mbps. It’s at 46.64Mbps, up from 45.62Mbps in June.

OpenSignal also points out that no new country has attained an average of 40Mbps for its LTE ecosystem since its last report in June, and the number of countries that averaged speeds greater than 20 Mbps has fallen to 42 from 45. 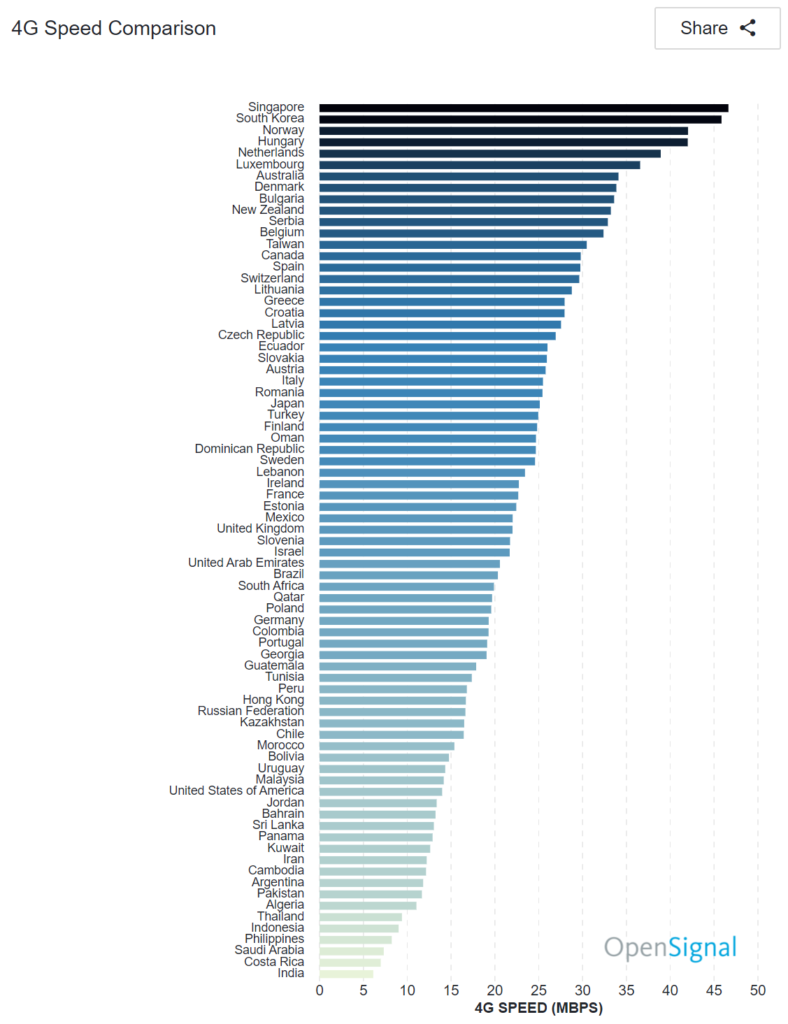 The company says this slow-down is likely temporary, but it also makes sense that the steady growth of 4G speeds are beginning to level off, now that this generation of wireless technology is around seven years old (in commercial years) and hitting maturity.

Speeds will increase drastically with 5G — those creating the standard are promising multi-Gbps connections — but for 4G, the focus for carriers now appears to be shifting towards availability.

That’s not to say consumers shouldn’t expect speed improvements before the expected 2019 roll-out of 5G, however.

Bell and Telus, in particular, are steadily making improvements with their LTE-Advanced services (often in tandem, due to the infrastructure-sharing agreement between the companies). Additionally, OpenSignal notes that the global average 4G download has increased slightly from 16.2 Mbps to 16.6 Mbps in the last six months, due to an influx of new users in developing countries.

This brings us back to availability. Instead of measuring LTE availability geographically, OpenSignal examines how consistently users of its mobile speed testing app can access an LTE network in their country. 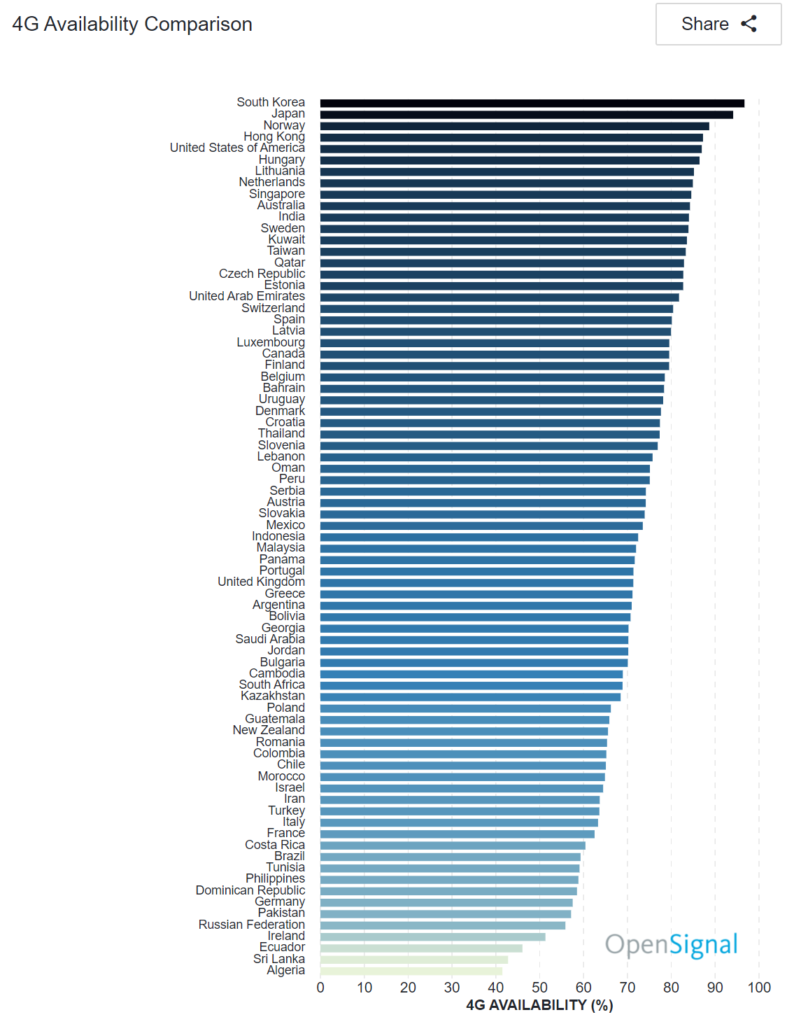 OpenSignal says that in this test period (between July 1st and October 1st), 50 of the 77 countries examined had 4G availability scores above 70 percent, compared to 33 countries six months ago.

Unfortunately, this increase in availability doesn’t quite hold true for Canada. Whereas it ranked 17th in June with a penetration of 81.10 percent, it dropped to 23rd in this report, with 79.52 percent. That’s still better than the U.K., which has 71.34 percent availability, but worse than the U.S., which has 86.94 percent.

To compile its rankings, OpenSignal uses data collected through its app from consumer smartphones around the world and recorded under “conditions of normal usage.”

For this particular report, over 50 billion datapoints were collected from 3.8 million users during the July 1st to October 1st testing period.