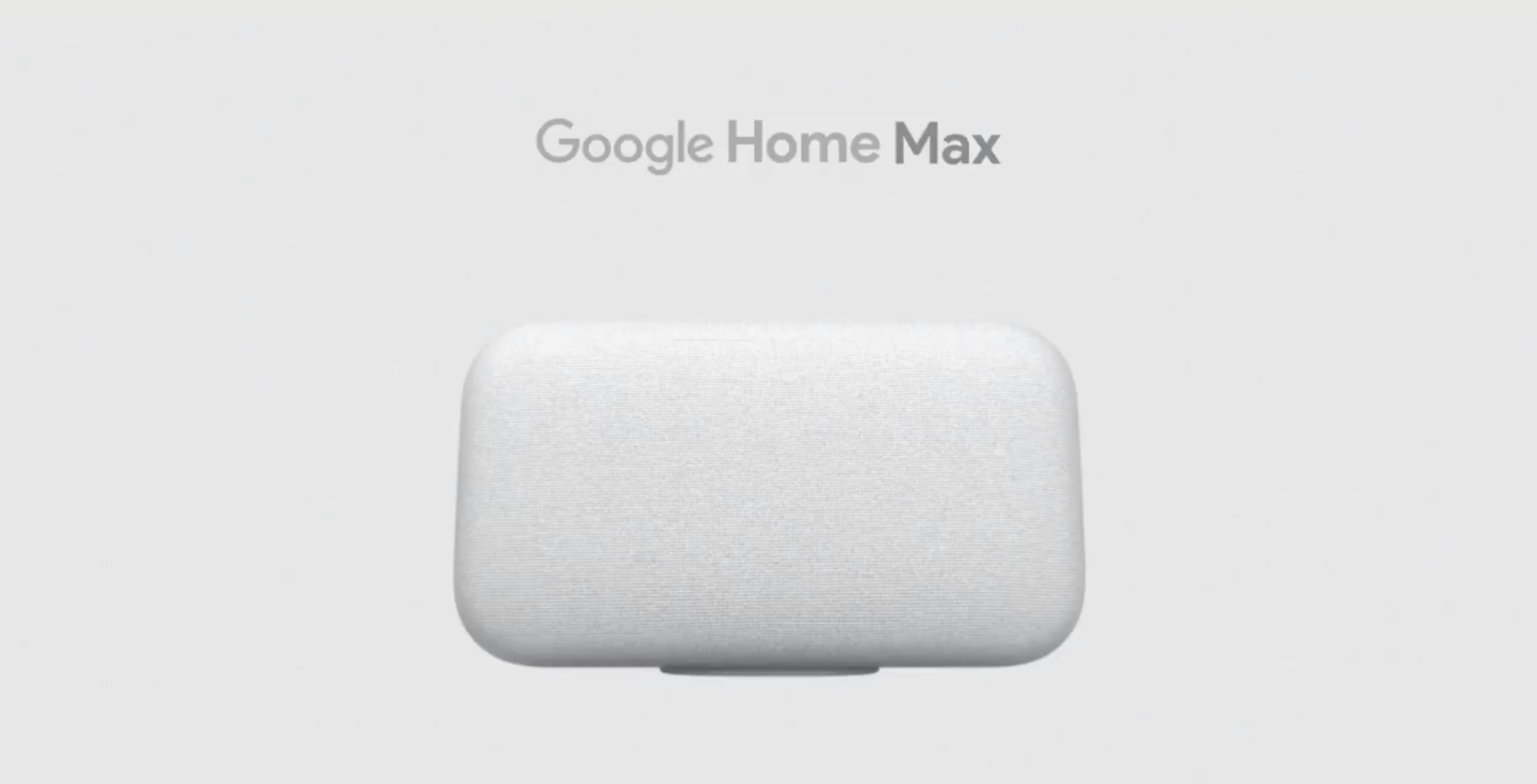 At the Google’s keynote presentation today, the company revealed a high-end version of its Home device called Home Max, along with a more affordable Mini smart home assistant.

Google says the Max is 20 times more powerful than the Google Home and features new technology called ‘Smart Sound’ that’s capable of analyzing the room around the device for a more accurate acoustic experience, similar to Sonos’ high-end speakers, as well as modern surround sound systems and Apple’s upcoming HomePod. The speaker also includes far-field microphones that the company says will allow users to still give the Home Max voice commands when music is playing.

In terms of additional specs, Google says that the device works seamlessly with the Google Home family devices and that it features 4.5-inch subwoofers and “acoustically transparent fabric.”

Given the original Google Home’s speakers are one of the device’s most heavily criticized features, it makes sense for Google to release a higher-end version of its smart home assistant in an effort to compete with Amazon’s new line of Echo products.

Google Home Max is available in December for $399 USD (approximately $500 CAD), but only in the U.S., though Google mentions that “more regions are coming soon.”