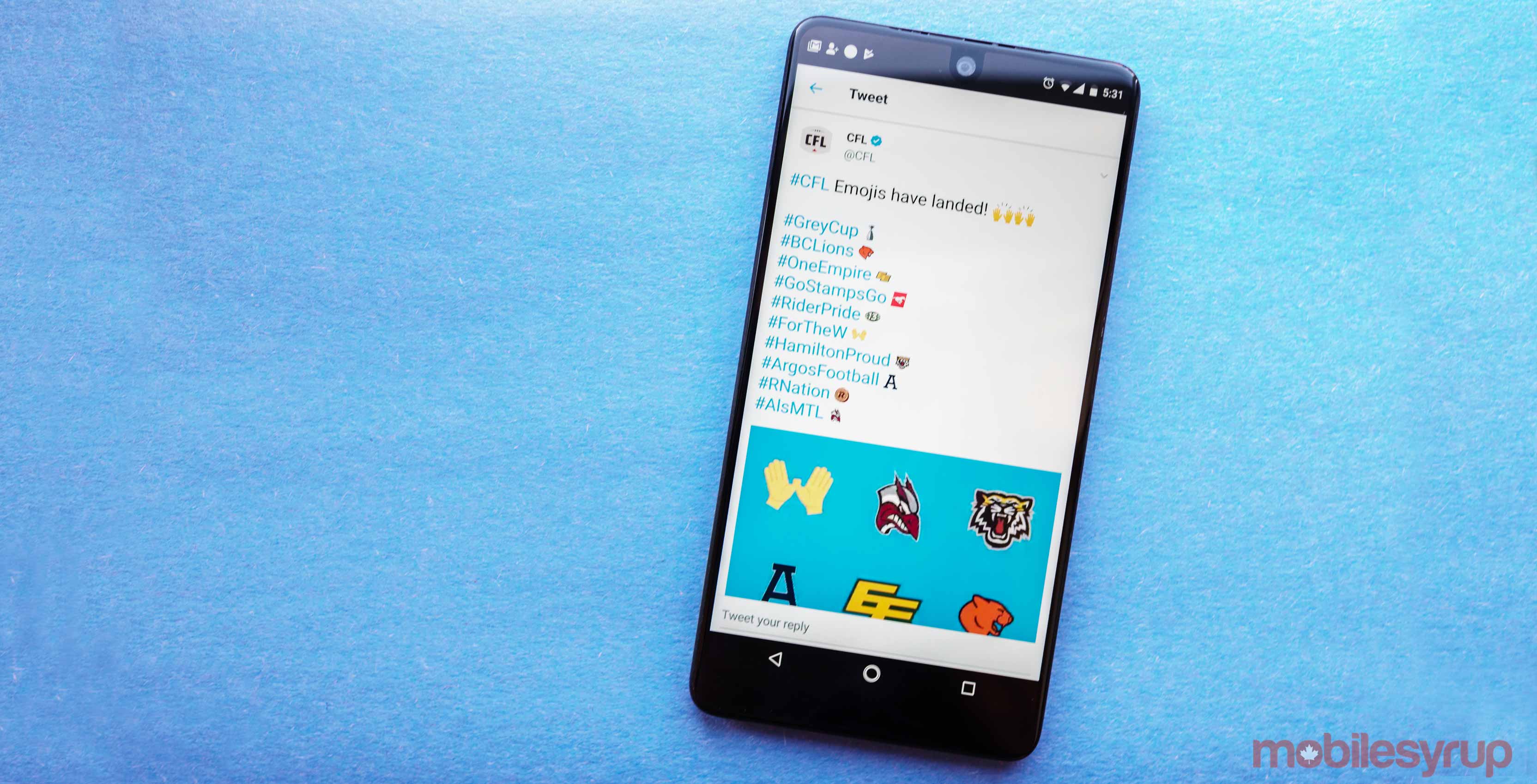 Forget Animoji, the best thing to happen emoji since, well, the invention of the emoji, are the new CFL emoji.

All told, there are 10 emoji with which to adorn your tweets. Unfortunately, it’s unlikely we’ll ever see these emoji make their way into the emoji libraries used by Android and iOS smartphones due to their commercial nature.

That said, a recent 99% Invisible podcast details how the Unicode Consortium — a seemingly shadowy organization that ensures, among other things, that different smartphones consistently encode, represent and handle emoji — actually works.