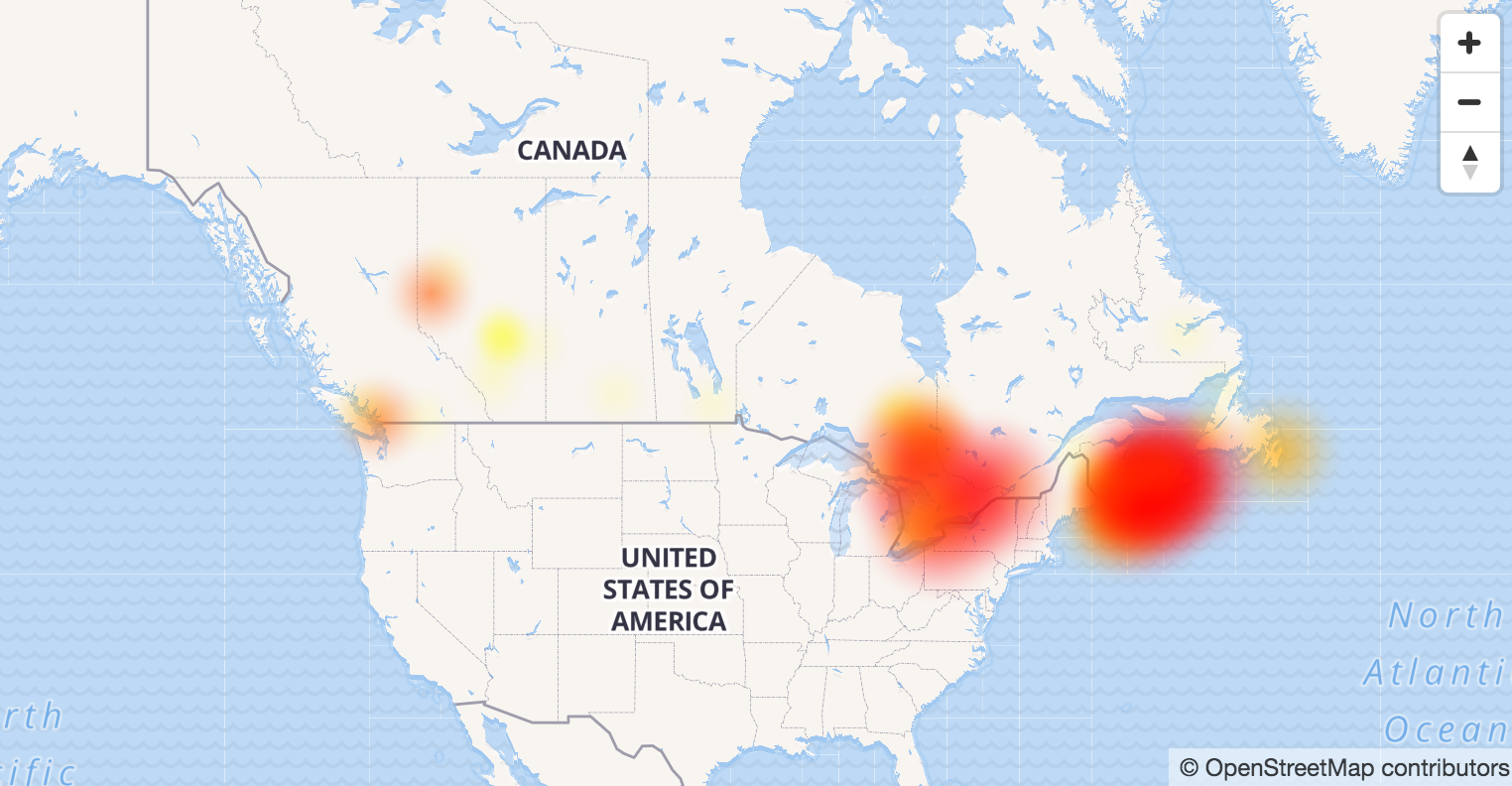 Update 08/04/17: 3:14: Bell says service its services in Atlantic Canada are back online now and has released the following statement:

“Bell services in Atlantic Canada are back online following rerouting and repair of network infrastructure. The outage was caused by accidental damage to multiple fibre network links. Bell apologizes to our customers for the disruption”

Bell Aliant landline and cellphone services are reportedly down in parts of Atlantic Canada, according to various reports, with the root cause reportedly stemming from a “cut cable.”

Due to the fact that Telus, Koodo, Virgin and Eastlink share towers with Bell, customers of those carriers seem to be affected by the outages as well. The service issues are related to phone services, both wireless and landline, as well as in some cases internet.

Nova Scotia seems to be the main province affected by these outages.

We're aware of an issue impacting our services and are currently investigating to restore. Thank you for your patience.

2/2 We require all on-duty crews to immediately return to your station. Monitor your tablets from the station for calls. #EHSOutageAug417

Sounds like there might be some systemwide problems effecting TMR at this time, hearing problems with EHS and HRFE radios

A cellular system outage is affecting some phone carrier service in our area – if you need to contact 911 you need to find a landline.

@MobileSyrup no cell service in Atlantic Canada, unless you are using Rogers

the @Bell outage has grounded ALL @AirCanada flights out of @HfxStanfield | It's all good tho, @WestJet flights are good to go.

CBC says that Bell is currently investigating the issue and working on restoring service. The publication also confirmed that 911 service has not been impacted, via Nova Scotia’s Emergency Management Office.

Halifax Regional Police, however, are reportedly affected by the outage, as well as Nova Scotia’s Emergency Health Services. Reports are also coming in that all Air Canada flights out of Halifax Stanfield airport have been grounded.

“There is a service outage currently affecting some regions in the Atlantic provinces. Landline, cellular and Internet services may be impacted. Our teams are working to re-establish service as soon as possible,” reads a statement sent to MobileSyrup from Bell Canada regarding the outage.

Bell Canada also sent the below statement to MobileSyrup regarding 911 service:

“Bell is experiencing a major service outage in Atlantic Canada impacting Internet, wireless, TV and landline phone services. Wireless 911 service is operational but landline 911 service is intermittent. Please opt for wireless 911 if you experience difficulty contacting 911 by landline. Bell apologizes for this situation and we are working to restore service as quickly as possible. Further updates to follow,” reads Bell’s statement.

Telus also released the following statement about the outage, coupled with the root case being listed as a “cable cut”:

“Telus and Koodo customers in some regions in Atlantic Canada are experiencing a wireless service interruption due to an outage on our shared network. The teams responsible for managing the network infrastructure are currently working to restore service. We apologize for the inconvenience and thank customers for their patience and understanding. We will provide updates as soon as new information is available.”

We’ve reached out other Atlantic Canada carriers for additional comment on the issue and will update this story when we hear back. Due to its separate infrastructure, Rogers seems to be the only carrier not affected by the outage.

Are you a Bell Aliant, Telus, Virgin or Koodo customer in Atlantic Canada that’s currently experiencing wireless issues? Let us know in the comment section.