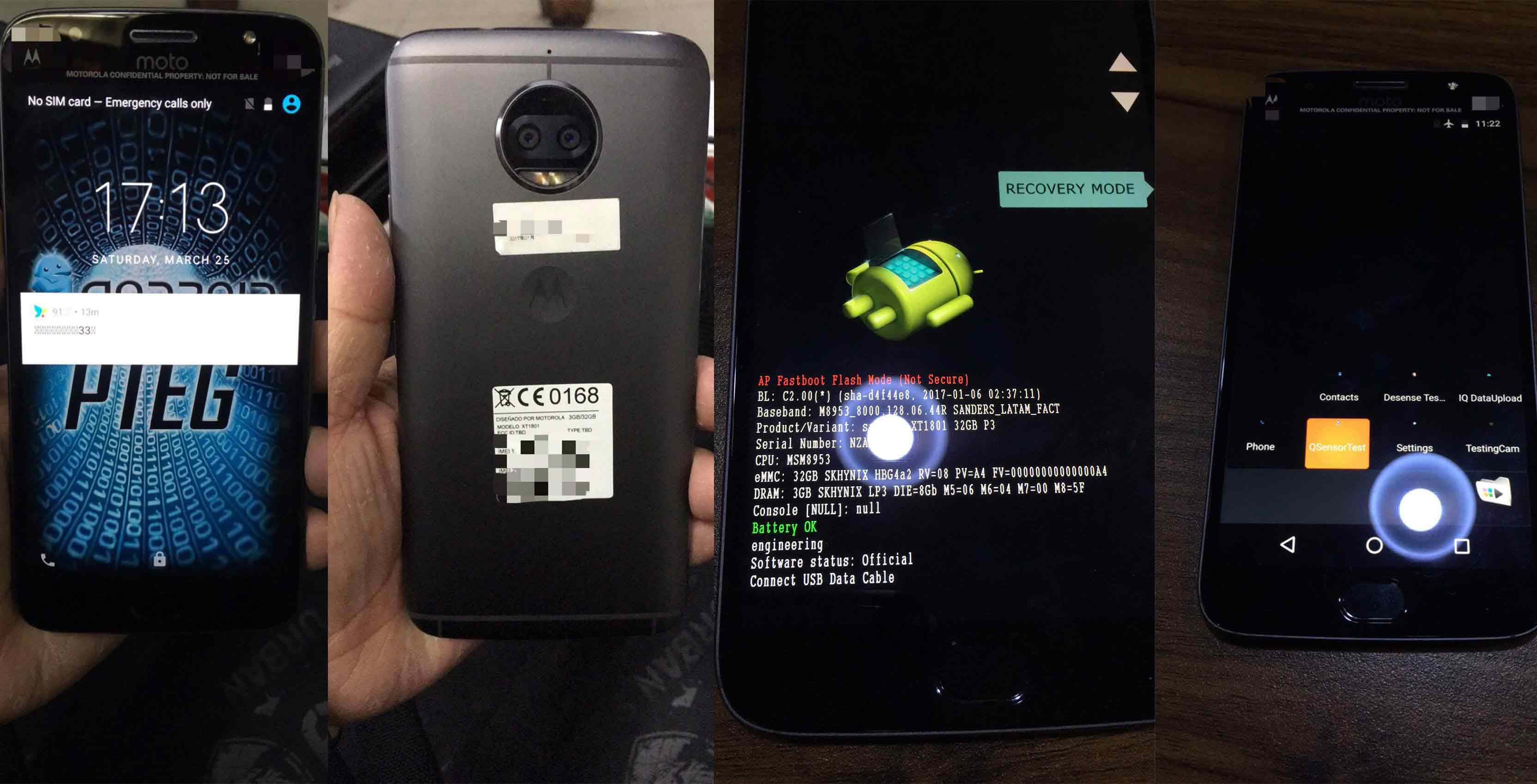 Images of what is reportedly a prototype Moto X 2017 have come out on Google Plus and were confirmed by well-known tipster hellomotoHK, revealing a dual camera setup and full metal design. In appearance, it looks like a hybrid of the Z and G series, with its oblong front-facing fingerprint sensor and circular camera bump.

The device appears to sport a 5.5-inch display and isn’t modular, a fact that’s clear from the exclusion of the metal pins required for Motorola’s modular technology.

A picture of the handset in fastboot flash mode shows it features a Snapdragon 625 chipset, 3GB of RAM and 32GB of storage — specs that, if true, signal this prototype is either a mid-range variant, or the entire line is becoming mid-range.

Lenovo did not release a Moto X in 2016. The last Moto X series device to arrive in Canada was the 2015 Moto X Play.

Check out all four images below, along with an image of the 2015 Moto X Play, for comparison.