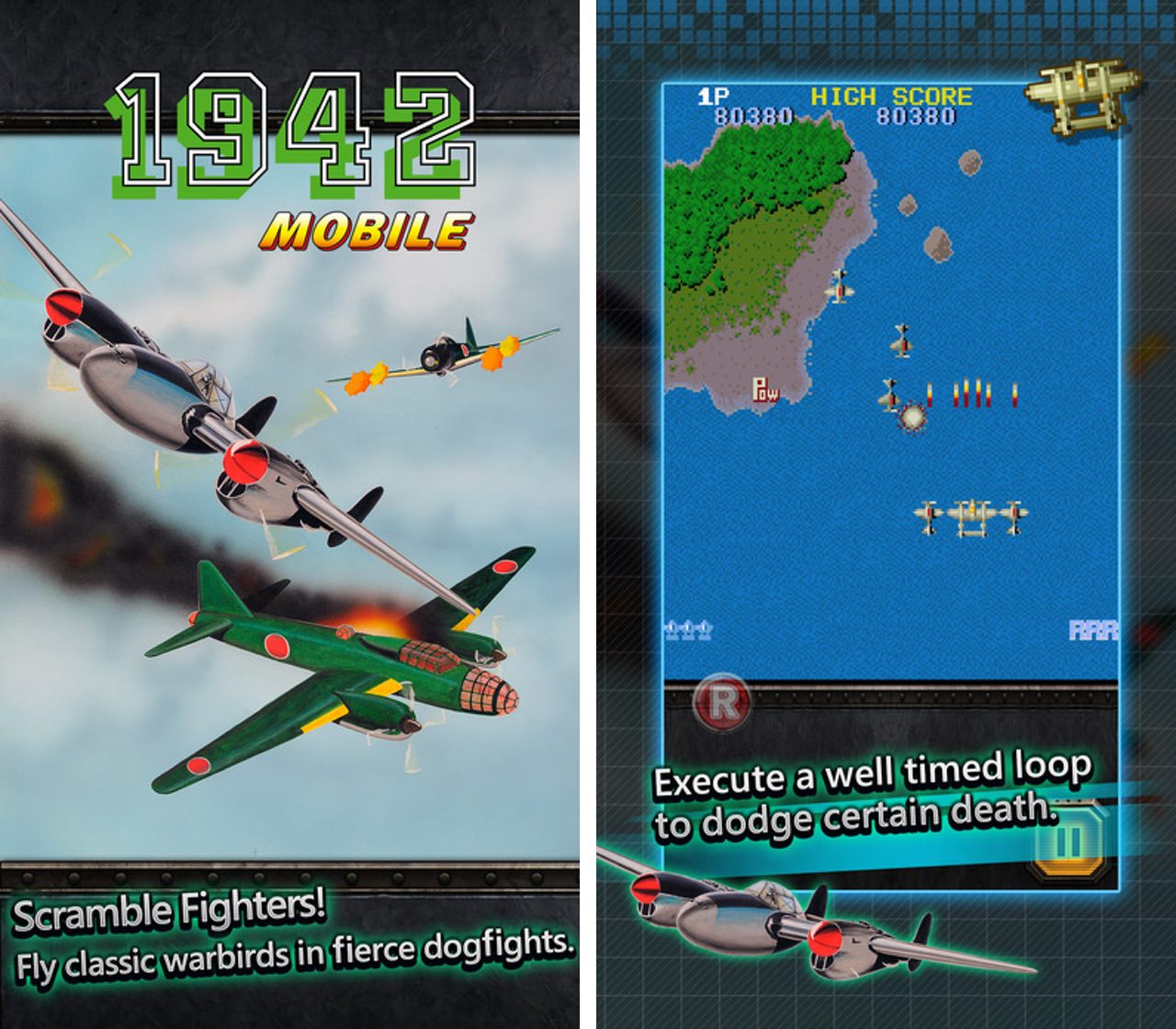 1942 Mobile, one of four classic arcade games Capcom plans to port to mobile devices this year, is now available on iOS and Android.

The Pacific War is at its height, which means it’s the perfect excuse to put players in the cockpit against the conflict’s most famous fighter planes, including the likes of the Mitsubishi Zero.

Besides adding touchscreen controls, Capcom has also added achievements and online leaderboards to the 1984 title. There’s also a new casual mode that tweaks the game’s difficulty to make it easier. For purists, however, a ‘Classic’ difficulty keeps the original game’s difficulty intact.

Compared to the company’s iOS and Android ports of Mega Man 1 through 6, 1942 appears to have made the jump to modern mobile without any technical issues. The majority of 1942 Mobile’s Google Play and App Store reviews are positive, with players praising the game.

Download 1942 Mobile from Google Play and iTunes. For a limited time, Capcom has priced the game at $1.39.