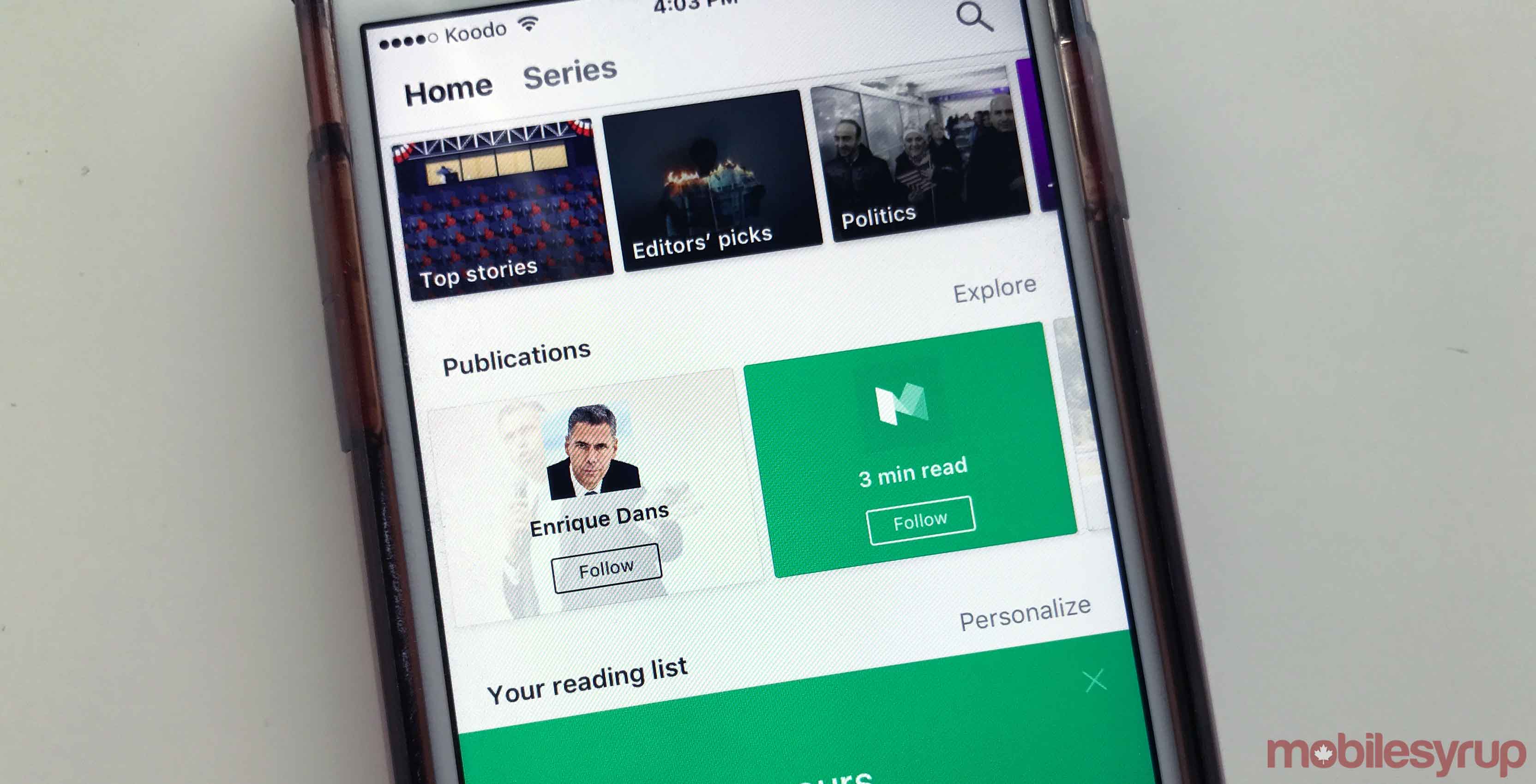 With the launch of its latest feature, Medium has become the latest in a stream of tech companies to attempt to crack the Snapchat code.

The online publishing company has announced plans to launch a ‘Series’ feature that involves video content. Users can start a Series at any time, and can be continued, card by card, as the story unfolds.

Each “card” can be filled with text, videos and images. However, unlike Snapchat, Series cards don’t expire after 24 hours. To view a Series, Medium readers need only to click from one screen to the next by either tapping on the right or swiping to the left.

To create a series users must tape a looping video, and also have the option to customize their pages with big titles, pullout quotes, or text. It’s clear that this new feature attempts to mimic the page-turning action of reading a book.

However, it’s impossible to get around the all-too-familiar feel of Snapchat’s stories feature. Medium announced this past January that it would lay off 50 employees in its search for a sustainable solution to monetizing online content without compromising it.