D-Wave has a customer for its $15 million quantum computer 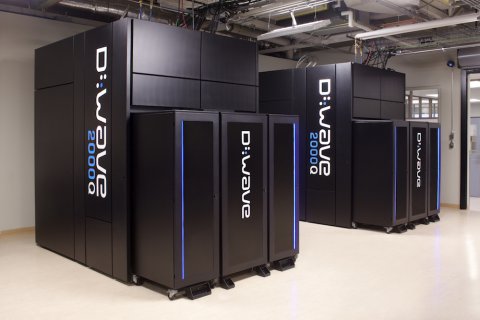 The cybersecurity firm Temporal Defense Systems purchased the D-Wave 2000Q, which replaces the 1000Q system released in August of 2015.

The name comes from the device’s specs; with 2,000 quantum bits (qubits), the 2000Q has twice the power of D-Wave’s last quantum computer. With this boost, the computer can handle larger quantities of data and run more complex technical problems much more quickly.

However, while boasting some impressive specs, D-Wave’s machine have attracted some skeptics as well.

“Although scientists now agree that D-Wave devices do use quantum phenomena in their calculations,” Elizabeth Gibney wrote for the Nature science journal, “some doubt that they can ever be used to solve real-world problems exponentially faster than classical computers — however many qubits are clubbed together, and whatever their configuration.”

Looking ahead, though, the company says it will keep working on making improvements to its hardware. “We will continue to increase the performance of our quantum computers by adding more qubits, richer connections between qubits, more control features; by lowering noise; and by providing more efficient, easy-to-use software,” said Jeremy Hilton, SVP Systems, in a press release sent to MobileSyrup.

Founded in 1999, D-Wave is based in British Columbia and is the first company in the world to sell quantum computers.