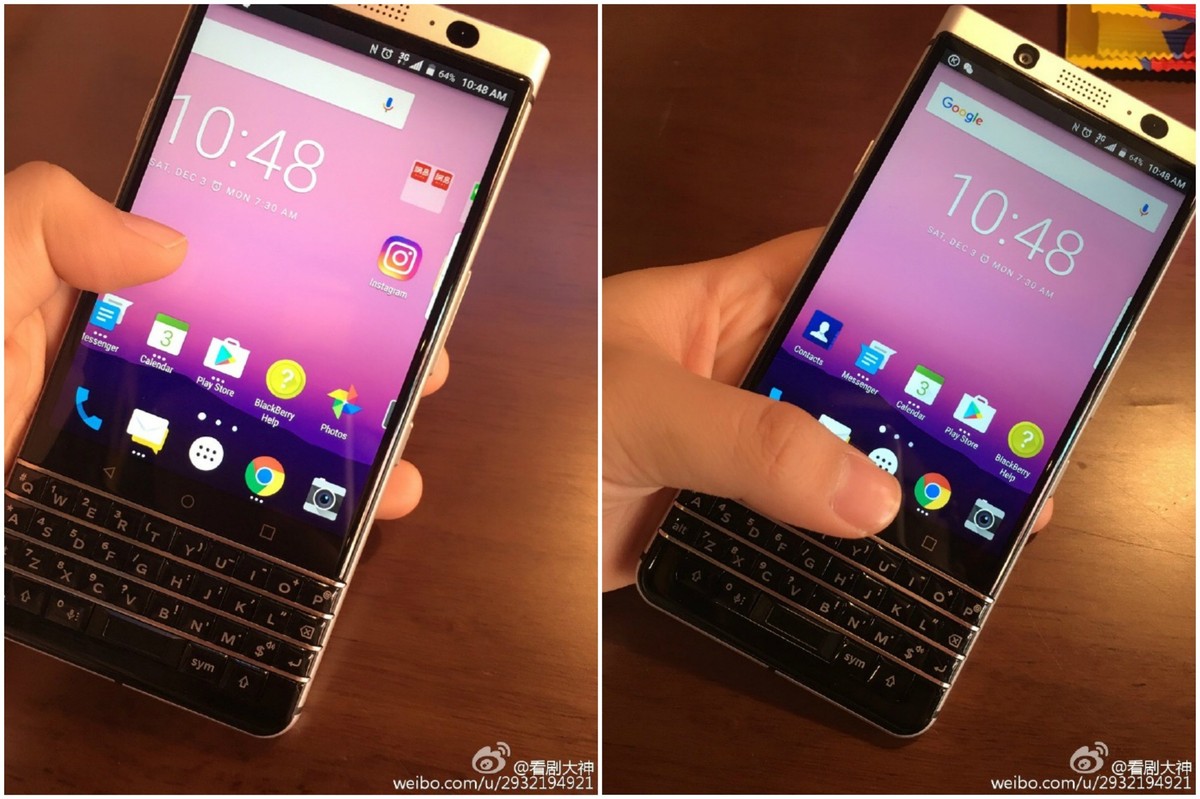 “We have one keyboard phone I promised people. It’s coming,” said BlackBerry CEO John Chen in a recent Bloomberg interview.

Adding to the Priv, DTEK50 and DTEK60, the upcoming Android-powered device is expected to bring back its iconic QWERTY keyboard and come packed with a number of security enhancements. A device with the codename of Mercury is rumoured to be the last BlackBerry-made smartphone and will reportedly feature a fingerprint sensor embedded into the space bar.

A new set of images has surfaced that possibly shows the final design of the next BlackBerry smartphone, which looks like it could be a premium device compared to the recent DTEK50 and DTEK60.

Rumoured specs of the Mercury have it sporting a 4.5-inch display, 2.0GHz Qualcomm processor, 3GB of RAM, 32GB of internal storage, 18-megapixel camera with an 8-megapixel front-facing secondary.