“I will absolutely NOT continue any relationship whatsoever with Equibit,” says McAfee 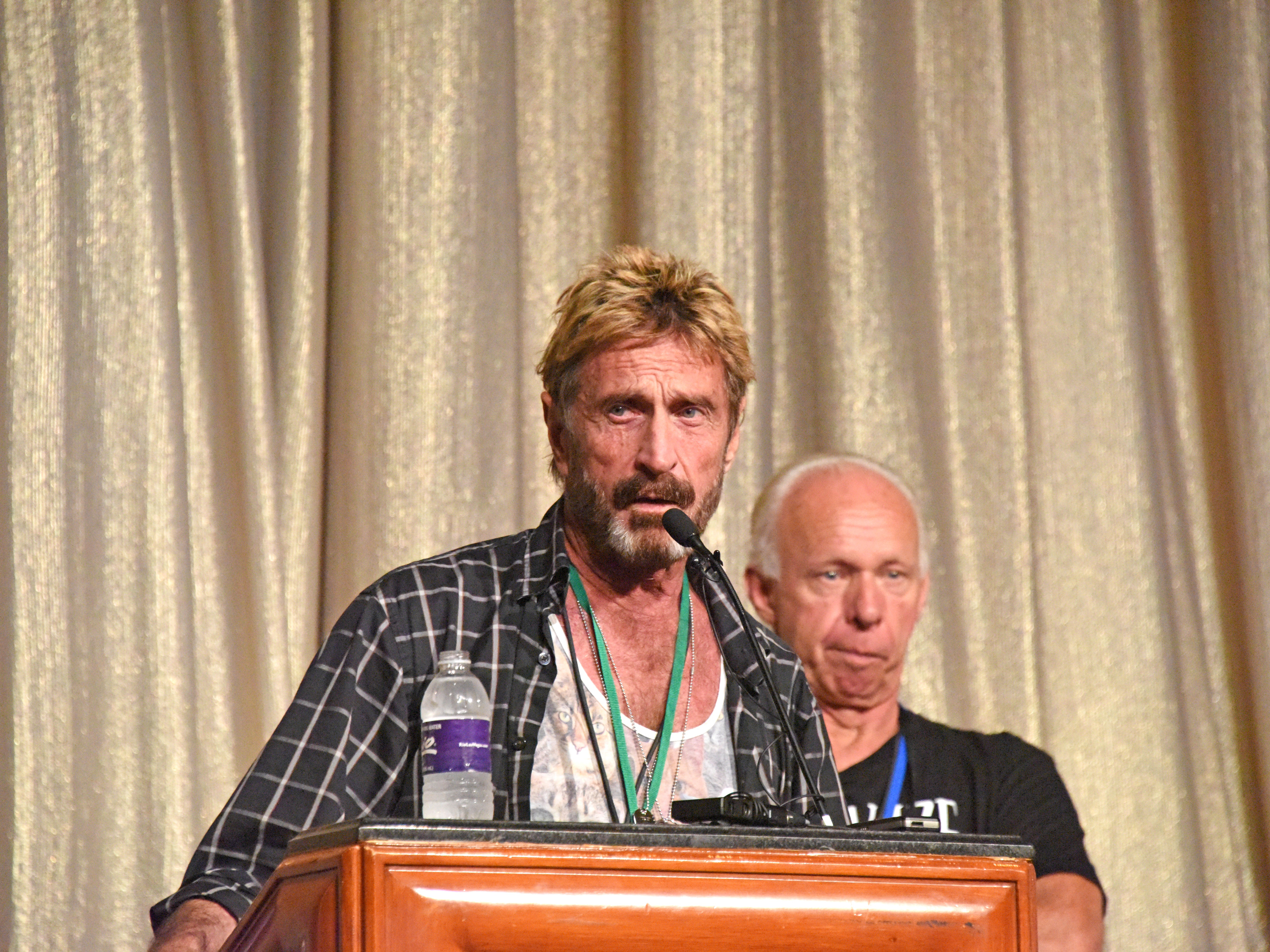 John McAfee told Equibit they could call him “King,” but never said anything about CSO.

After hearing the news that he’d been hired as the Chief Security Officer with Toronto’s Equibit Development Corporation (EDC), he was more than surprised. 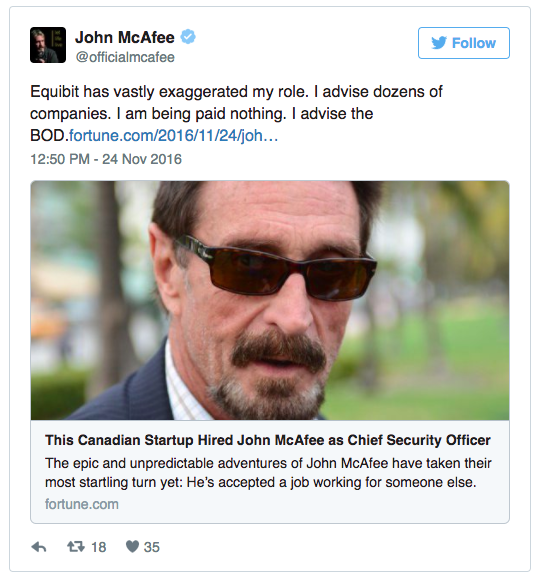 McAfee took to Twitter and vehemently denied having any relationship with EDC besides an advisory agreement. MobileSyrup reached out to McAfee to clarify these statements.

“Like many companies who ask for my advice, I give it freely. Equibit wanted a more formal arrangement where they could call me from time to time for advice – the same as I do for everyone. They asked if they could title me Chief Security Officer. I told them they could title me “King” as far as I was concerned. At no time did they offer me money nor at any time did I ask for any money,” said McAfee.

EDC announced this morning through a story on Venture Beat that John McAfee had accepted a role as the company’s CSO. The company’s CEO, Chris Horlacher, told MobileSyrup that McAfee would serve as an internal auditor, and would answer to the board rather than the CEO.

“John’s primary role will be one of an internal auditor and, in keeping with industry best practices, he will be reporting independently to the board. He will be conducting regular penetration testing of our software and infrastructure. If he finds anything, EDC will of course move to remedy the situation as quickly as possible. We take our role as custodians of our user’s information and private keys very seriously,” commented Chris.

McAfee went on to tell MobileSyrup that he has identical relationships with 31 companies around in the world. In the several months since Equibit contacted him, McAfee states that EDC has yet to call for advice.

McAfee says that when he was asked to be an advisor, EDC informed him that they required PEN (penetration) testing assistance. Over a phone call with Betakit, McAfee stated that he’d find them someone if they told him what they needed. He never received the specifications and therefore never found them a candidate.

“It’s a company in the security business that wants advice. If we do not pull together as a cybersecurity industry, we will collapse as a society. Cybersecurity is our weakest point, this is why I work with anybody,” said McAfee.

He says he never received any money from EDC, nor did he ask for any.

“Further, if they claim I have been paid anything whatsoever, ask them to provide payment stubs. I never ask money for advice.”

He goes on to say however, that whatever relationship he had with Equibit will not continue. Equibit has yet to respond to these developments.

“I don’t care about titles it makes no difference, said McAfee on a phone call, “but the formal relationship I have with Equibit is this. Call me for advice and I will give it to you.”