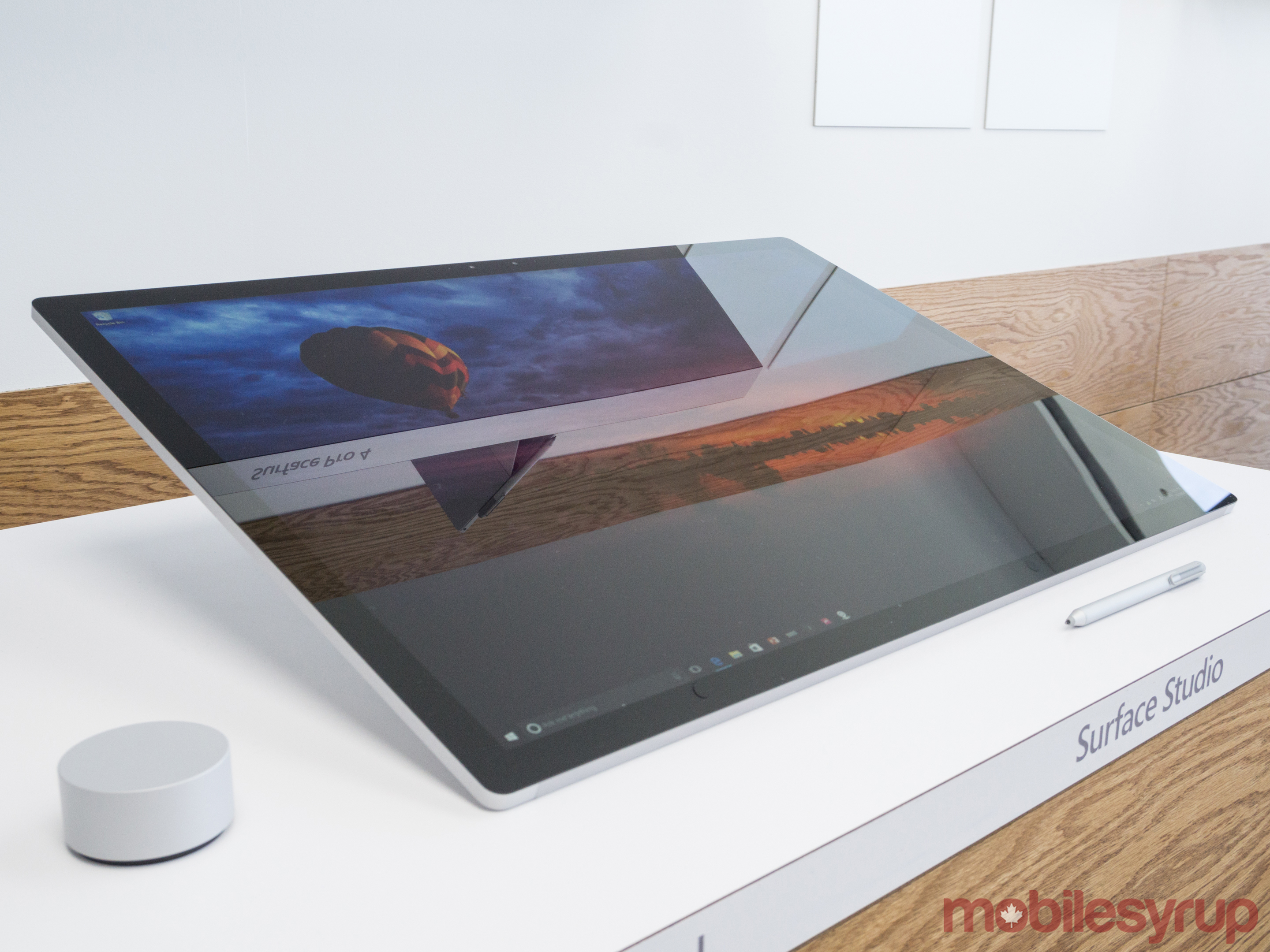 Back in 2010 at the All Things Digital conference, Steve Jobs shared with hosts Walt Mossberg and Kara Swisher his vision for the future of computing. In his usual grandiose style, the Apple co-founder said we had entered the post-PC era.

To illustrate his point, Jobs compared mobile devices and traditional personal computers to cars and trucks. While integral to the development of early computing, desktop computers and laptops were destined to become a niche product category, just like trucks had.

He was right, of course. In the near decade since the original iPhone’s introduction, smartphones sales have continued to grow. By contrast, overall PC sales, including the sales of Apple’s own Mac lineup, have declined. 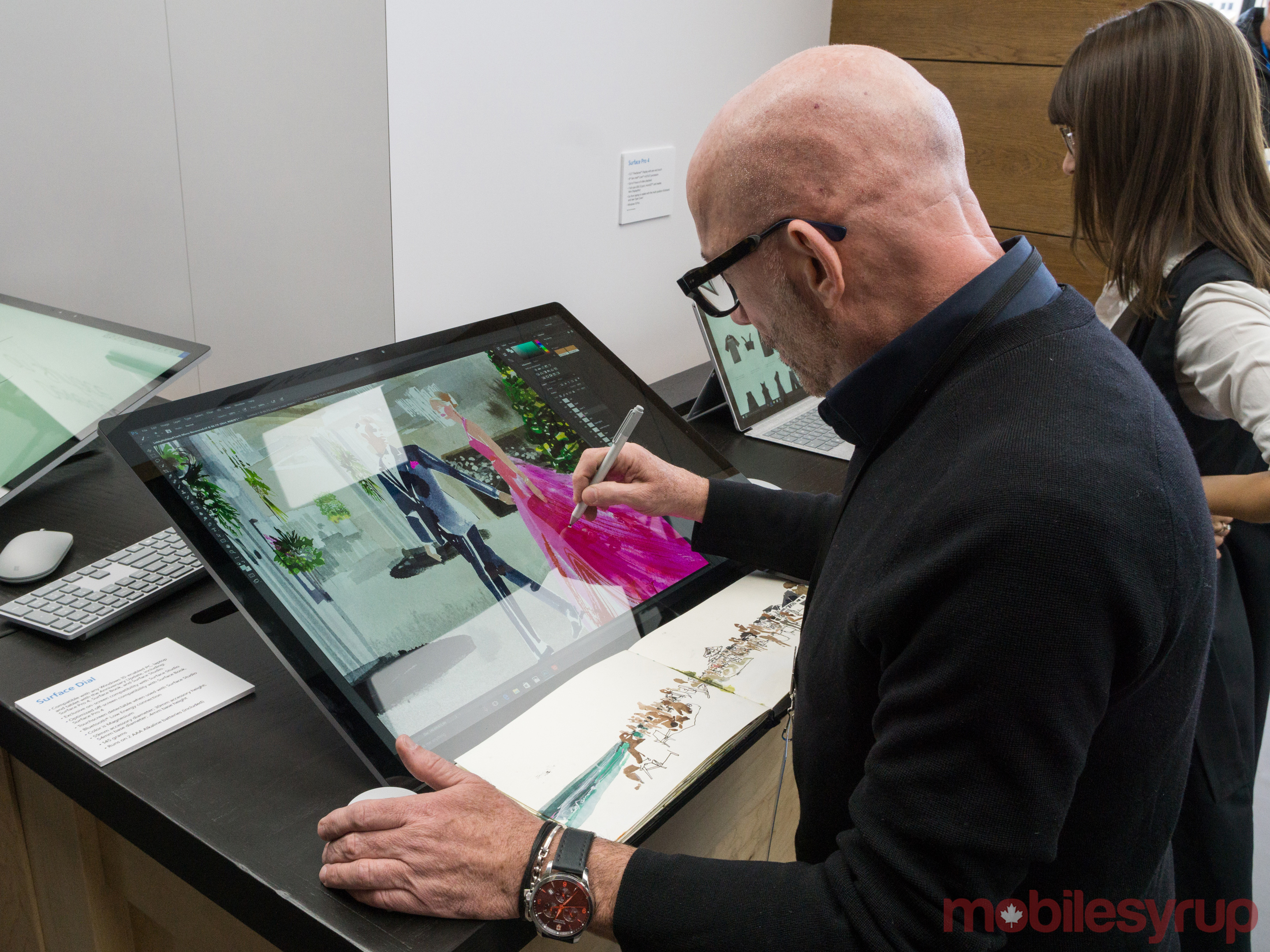 Trucks, in other words, have gone out of style.

For a lot of individuals, however, they’re still an integral part of their daily workflow. I, for instance, can’t imagine doing the job I love to do without a personal computer. For about the past decade, I’ve always called upon a Mac to do my work.

I wasn’t alone in this. The company may have not sold the most PCs, but when it came to mindshare Apple was king — particularly when it came to creative fields like photography and video editing.

However, somewhere in the past few years, Apple has stopped catering to digital professionals. We’ll see how the company responds, but based on what we’ve seen of the new MacBooks so far, it’s safe to say, using Steve Job’s own analogy, Apple no longer makes the best trucks.

That title now belongs to Microsoft.

In hindsight, Microsoft claimed that title with the launch of the Surface Pro 3, but it’s Surface Studio, announced today at an event in New York City, that most confidently asserts the company’s position as the leading maker of modern personal computers.

To extend an already precariously thin analogy, Surface Studio is the most meticulously engineered (and expensive) truck in the history of trucks. It’s a show piece, but unlike most show pieces, it’s also an incredibly practical device as well. 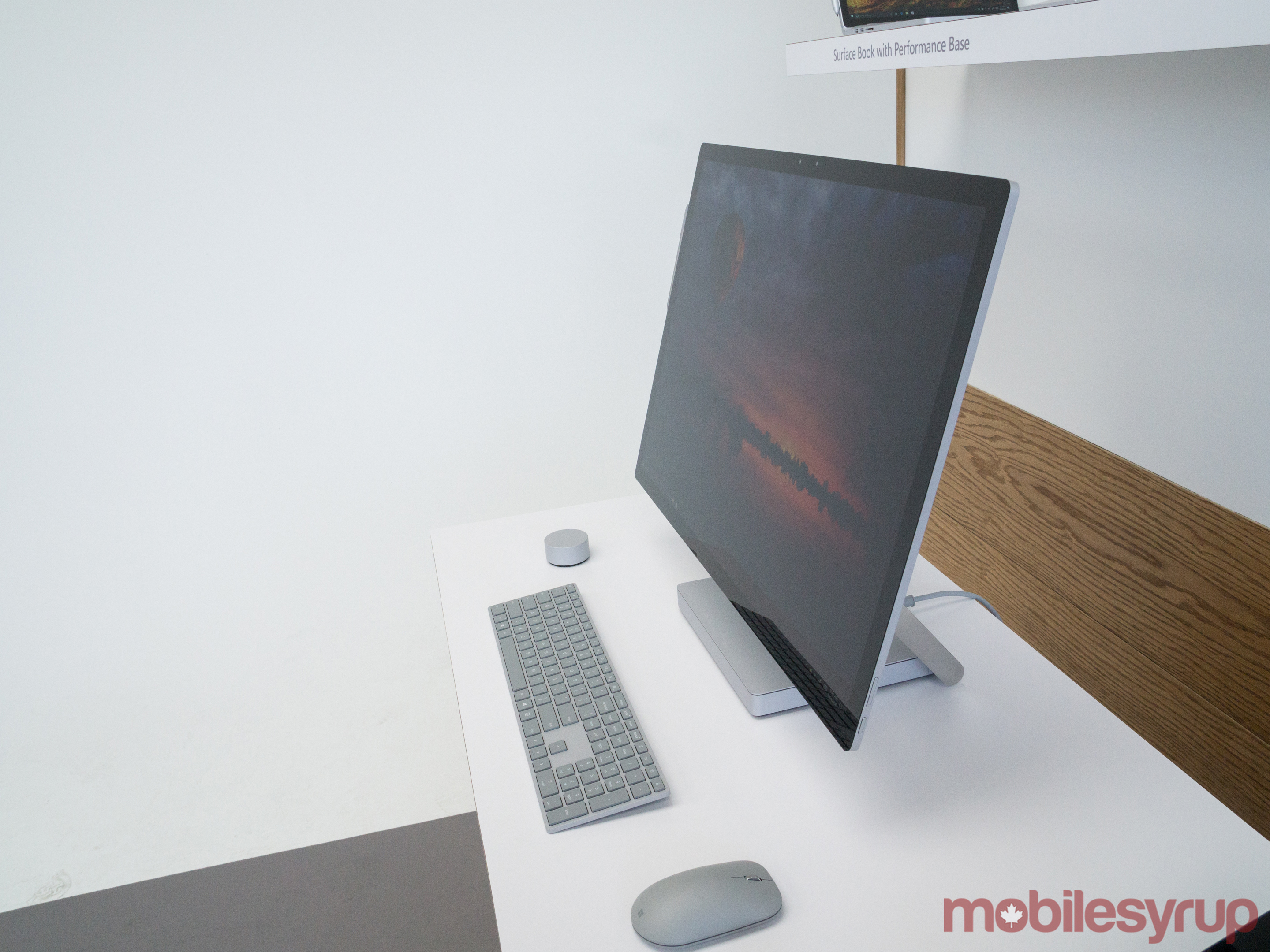 To start, its 28-inch screen is a sight to behold — both in terms of colour reproduction and just the number of pixels it pushes out. Surface Studio’s 4,500 x 3,000 pixel screen resolution and 3:2 aspect ratio gives users ample work space.

It’s also able to move between sRGB and DCI-P3 colour spaces with the simple press of a toggle within Windows 10’s Action Center; for those for whom those two acronyms are meaningless, there’s also a ‘vivid’ option that’s something of a compromise between the two colour spaces and looks, well, vivid. But it’s this feature and the ones I’ll discuss in subsequent paragraphs that are at the core of Surface Studio’s value proposition to digital creatives.

Another of those creative focused features also has to do with Surface Studio’s screen. It features a hinge mechanism that allows it to tilt to more of a drawing board position. Microsoft has designed that mechanism in such a way that minimal force is needed to move the large frame of the screen to and from its two main positions. Watching creative professionals like Bil Donovan, pictured towards the top, use Surface Studio, it became clear how much just this seemingly small feature can enable the world’s artists, architects, video editors and photographers to produce even more stunning work. 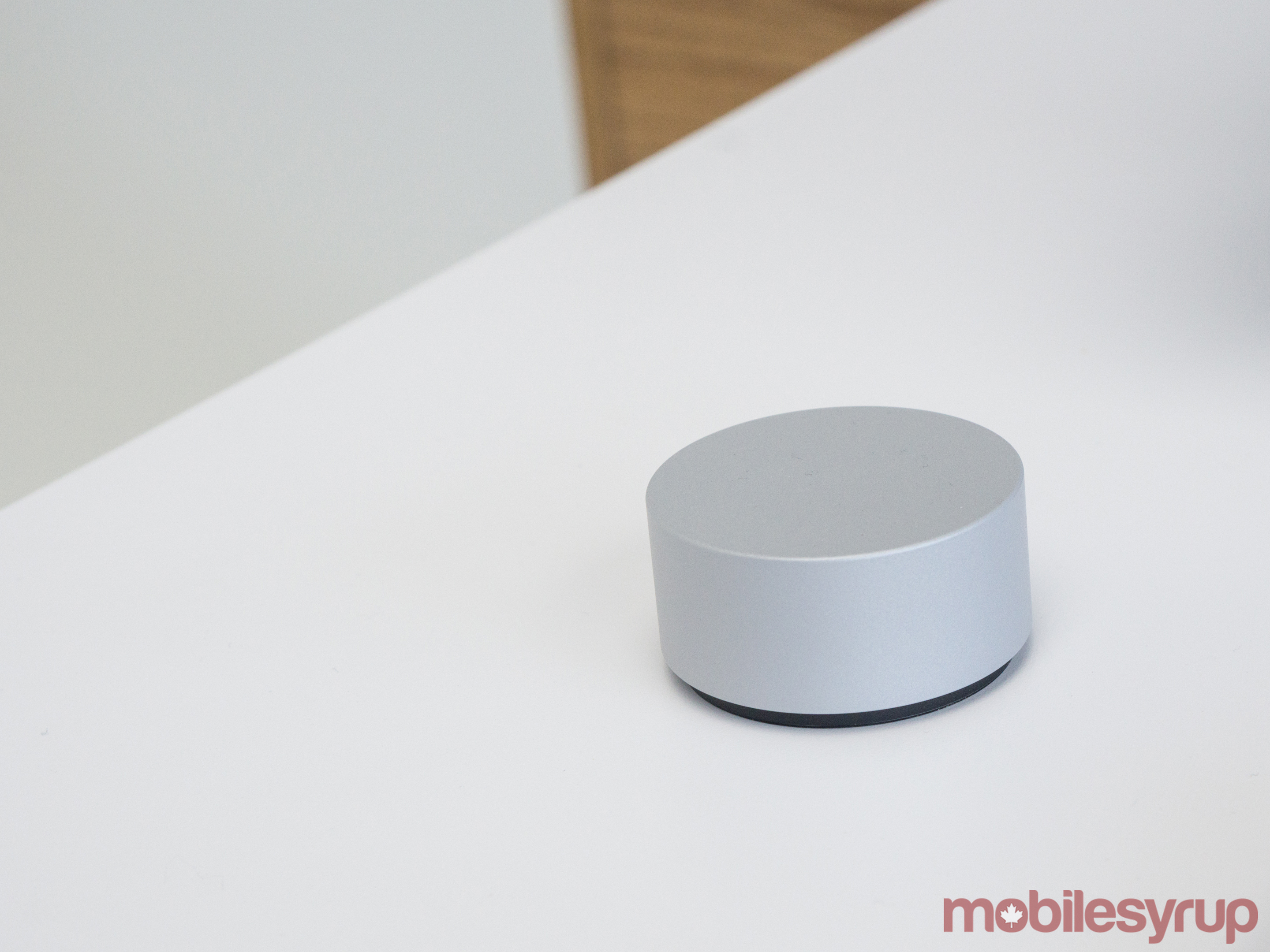 Then there is the supporting Surface Dial. Sold as a separate accessory, with enough developer support, I can see this becoming an indispensable tool for some.

When sitting next to Surface Studio (and later other Surface devices), the accessory can be used to adjust global Windows settings like sound volume.

More interesting, however, is what happens when the puck-like accessory is placed on top of Surface Studio’s screen. With a sketching app called Mental Canvas, for example, Surface Dial can be used to more quickly access the app’s main functionality. Place Surface Dial next to the app’s colour menu and the accessory can be used to rotate through all the app’s available colours. In short, it’s an accessory that beautifully marries marries analogy and digital means of input into one cohesive tool.

Surface Pro 3, Surface Pro 4 and Surface Book owners will be able to use Surface Dial alongside their devices thanks to a forthcoming update to those devices — though given the difference in screen real estate between those devices, Surface Studio users will likely get significantly more use out of the accessory than their 2-in-1 counterparts. 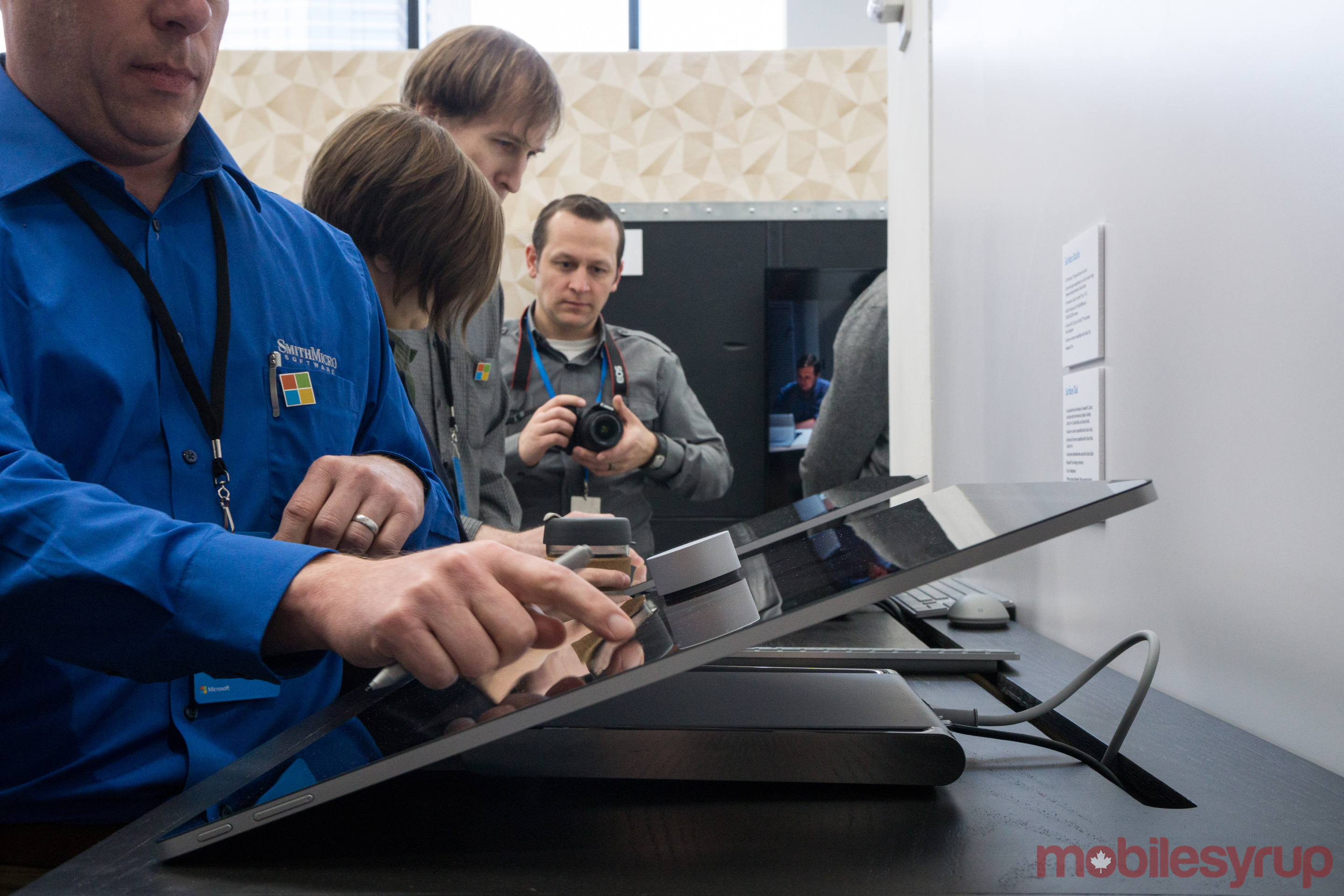 If there’s one kink in the Studio’s package, it’s what inside the actual computer itself. The base Surface Studio model comes with a Nvidia 965M GPU, while the most expensive model is limited to a GTX 980M. Not only are those both last generation GPUs, they’re less energy efficient than Nvidia’s new GTX 1000 series.

Not that most creative professionals will mind, but given the price of this device, the newer GTX 1000 series would have made Surface Studio a better long term long term investment. 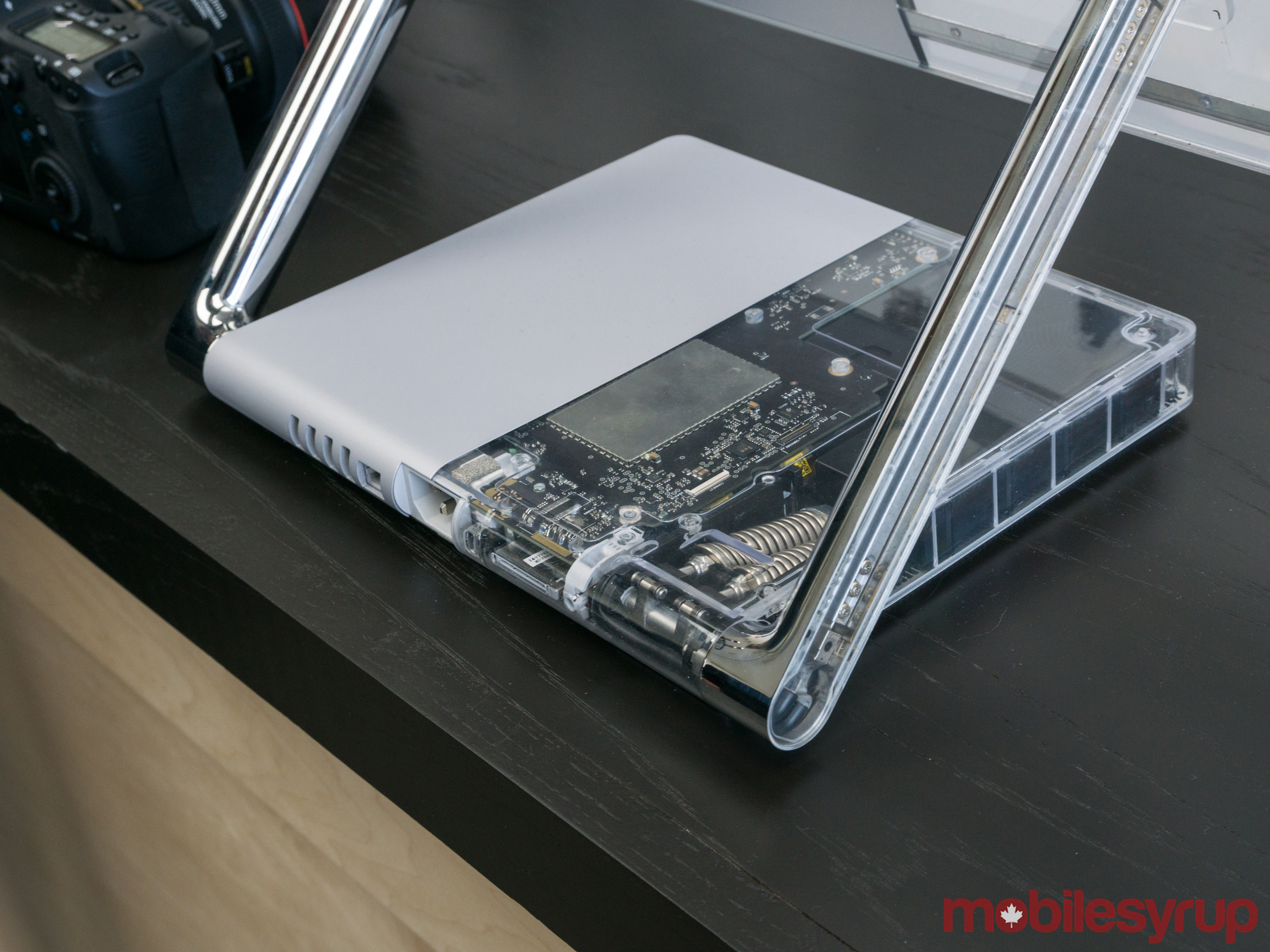 Then there’s that price tag I mentioned. In the United States, Surface Studio starts at $2,999, with the best-equipped model priced at $4,200. Microsoft has not said when Surface Studio will make its way to Canada, nor how much it will cost when it does land here. What’s certain is that it will be very expensive here.

But then this is not a machine designed for the average consumer, and that’s okay, because what’s interesting about this device is all the new things it tries — ideas and features that may one day soon work their way towards more affordable devices.

In the last number of years, smartphones have become predictable. Instead, it’s the personal computer that is suddenly exciting again, and it’s all thanks to the least likely of companies, Microsoft.