How Wavefront is growing mobile, wireless and IoT in B.C. 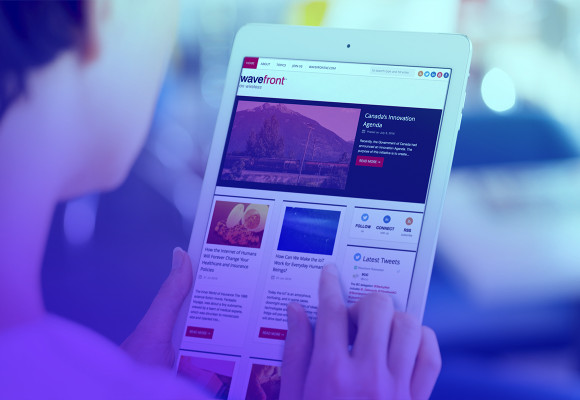 For the technology sector, the province of British Columbia is an exciting area to grow in. Though the history of this support through accessible resources and funding is relatively long, it hasn’t always been at the forefront.

Those that have been in the industry long enough may have experienced a lull of sorts in early 2007. There was a determination to reinvigorate the drive around 2007 when the Province of B.C. and then-known WINBC (Wireless Innovation Network of BC) collaborated to tackle the problem. Wavefront is the product of those two organizations, which in turn grew into its own entity. Co-founder and current President/CEO James Maynard has been heralded as the ideal individual to steer the course and to gain the critical mass needed to drive growth and awareness.

“To a certain extent, it was figuring out how do we not just enable growth but support it so that it’s scalable” said Michelle Sklar, vice president of marketing at Wavefront. “How do we expand that and really build out a national ecosystem that can be globally competitive? That is the trajectory of what Wavefront is all about.”

Headquartered in downtown Vancouver, Wavefront is at an opportune place in terms of both located at the seeming epicenter of tech start-up creation as well as the focus on supporting innovation. Being a national centre of excellence, Wavefront focuses on the adoption, acceleration and commercialization of mobile, wireless and IoT technologies. In other words, they are one part think-tank and one part commercialization facility for companies that either building themselves into a next generation technology or companies that are trying to figure out how to adopt those technologies.

“Our move from being purely wireless and focussed more on the infrastructures of technology; from anyone who is building anything in mobile to the latest in internet technology. It’s really that iteration of some sort of mobile enablement,” said Sklar.

Part of their value lay in their partnership oriented beliefs. As companies pass through their doors, as hundreds have done prior, they need to have a product and some sort of customer validation. Wavefront guides them to their next stage through partner connections that in turn connect them with necessary technology to enhance what they’re already accomplishing. The partnerships that Wavefront has stretches across the country; and they’re continuing to develop more.

“It’s not just about figuring out how to grow and sustain companies in BC but how to we do that across Canada. I think in Canada, BlackBerry being an ideal example, we are amazing at incubating innovation, but we are challenged when it comes to holding onto it and really supporting the scalability of those companies,” said Sklar.

On the accelerator and incubator side, the partnership resources are complimented by their tech resources; such as their recently rebranded Wireless Zone where a vast catalog of smartphones, tablets, sensor boards and wearables are at their disposal. This allows start-up s and SMEs to ensure their app or tech works, thanks to partnerships with Rogers, Samsung and Sierra Wireless.

On the enterprise side, Wavefront works with enterprises who may not be a nimble or as innovative as they want or need to be. They’re able to connect them with companies emerging through their accelerator program and present them as a potential partner. What this means is that the Wavefront supply and demand model helps enterprise work from the edge while helping start-ups create their success stories.

Wavefront is excited about working with the Industrial IoT; how those in the Mining, Agricultural, Manufacturing and Transportation industries are understanding and utilizing the technology available to them. Connection and awareness are both key to building those partnerships between start-ups and companies. They recognize the biggest challenge is the awareness and brand identity, but with their own track record, and key partnerships, they are poised to overcome these obstacles.

Wavefront is hosting their 2017 IoT Summit on May 1st and 2nd where they will help deliver insight into the process of adopting IoT solutions and provide compelling examples of this digital transformation that businesses have taken.

“We help with acceleration, commercialization and adoption. By being able to provide that is really important because we want companies to grow big and grow strong in Canada; that means that they need to be globally competitive,” said Sklar.