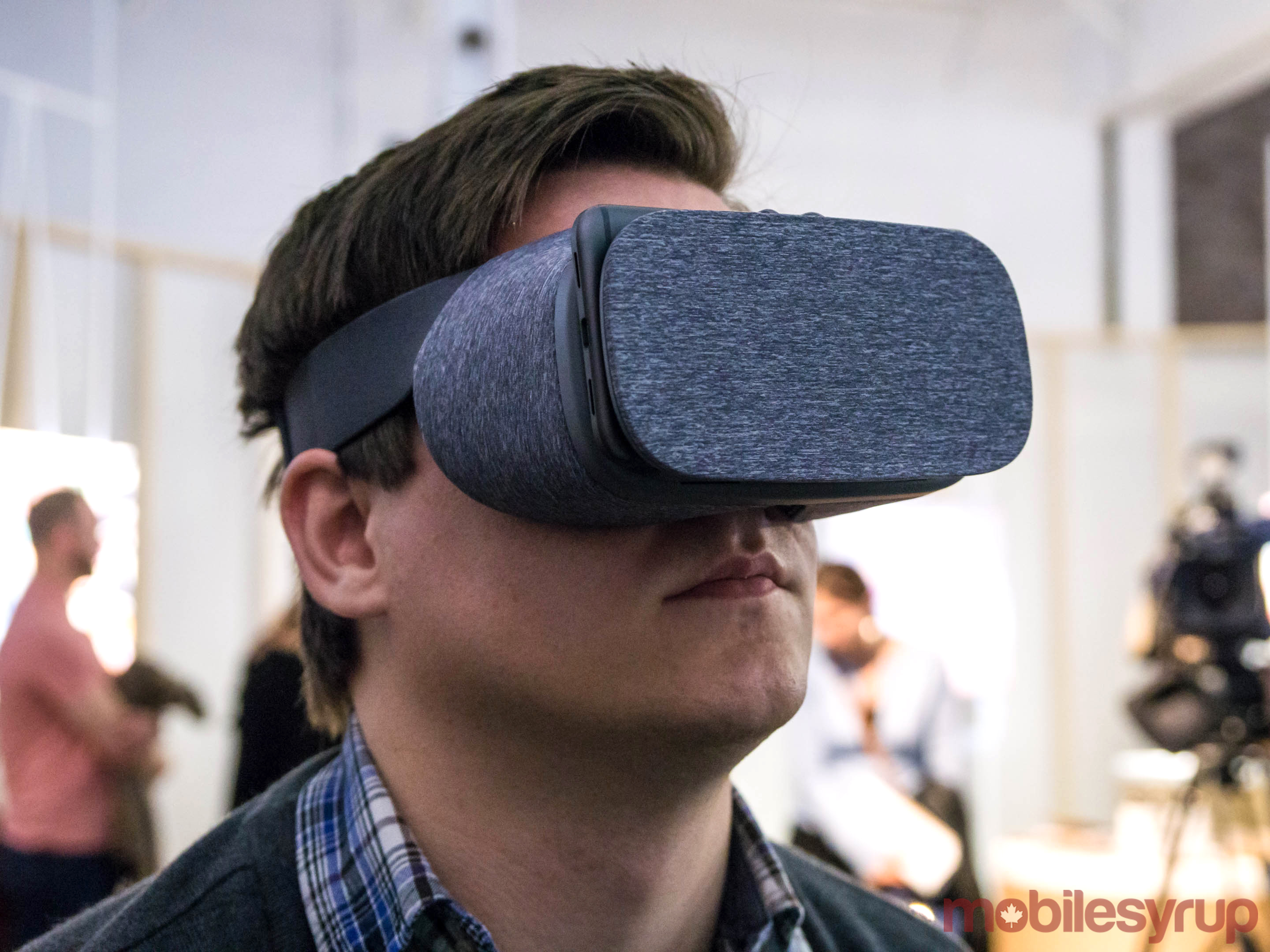 After first teasing Daydream at I/O 2016, Google finally provided the details on its upcoming virtual reality headset, Daydream View, and, well, let’s just say it’s not made cardboard anymore. I got a chance to go hands-on with the device and came impressed with the wearable.

Clay Bavor, vice president of virtual reality at Google, made a point during the company’s keynote to highlight the fact that he and his team looked to clothing, not other currently available VR headsets, when they sat down to design the View.

It’s an approach that makes a lot of sense; after all, a VR headset, more so than something like a fitness tracker, is the most wearable piece of technology a person can wear. In any case, the View feels great to hold in the hand and it is comfortable to wear.

Moreover, it helps that the View is light as well. During his presentation, Bavor said Google’s new headset is 30 percent lighter the competition. Granted, I only had about five minutes with the device, but it felt like most people could pull off lengthy 30 to 40 minute sessions without feeling exhausted at the end.

One issue is that the only way to adjust the focus of the View’s lenses is to reposition the unit. I managed to find a decent alignment at first, but after tilting my head one too many times, the image was no longer in focus.

The actual virtual reality experience is about what you expect. Without a high-powered desktop GPU there to power the experience, fidelity is on the low side. The first experience had me sitting in a museum while the fossil of an aquatic dinosaur came to life. The Vive has a similar experience that is a lot more engaging. Still, the Pixel does a decent job.

I should note I have yet to put on and use a VR headset without getting a headache afterward. The Google spokesperson guiding me through the demo told the company has managed to get response latency to the point where it should be imperceptible to almost everyone, which in turn should stop the majority of people from feeling sick while using the headset. 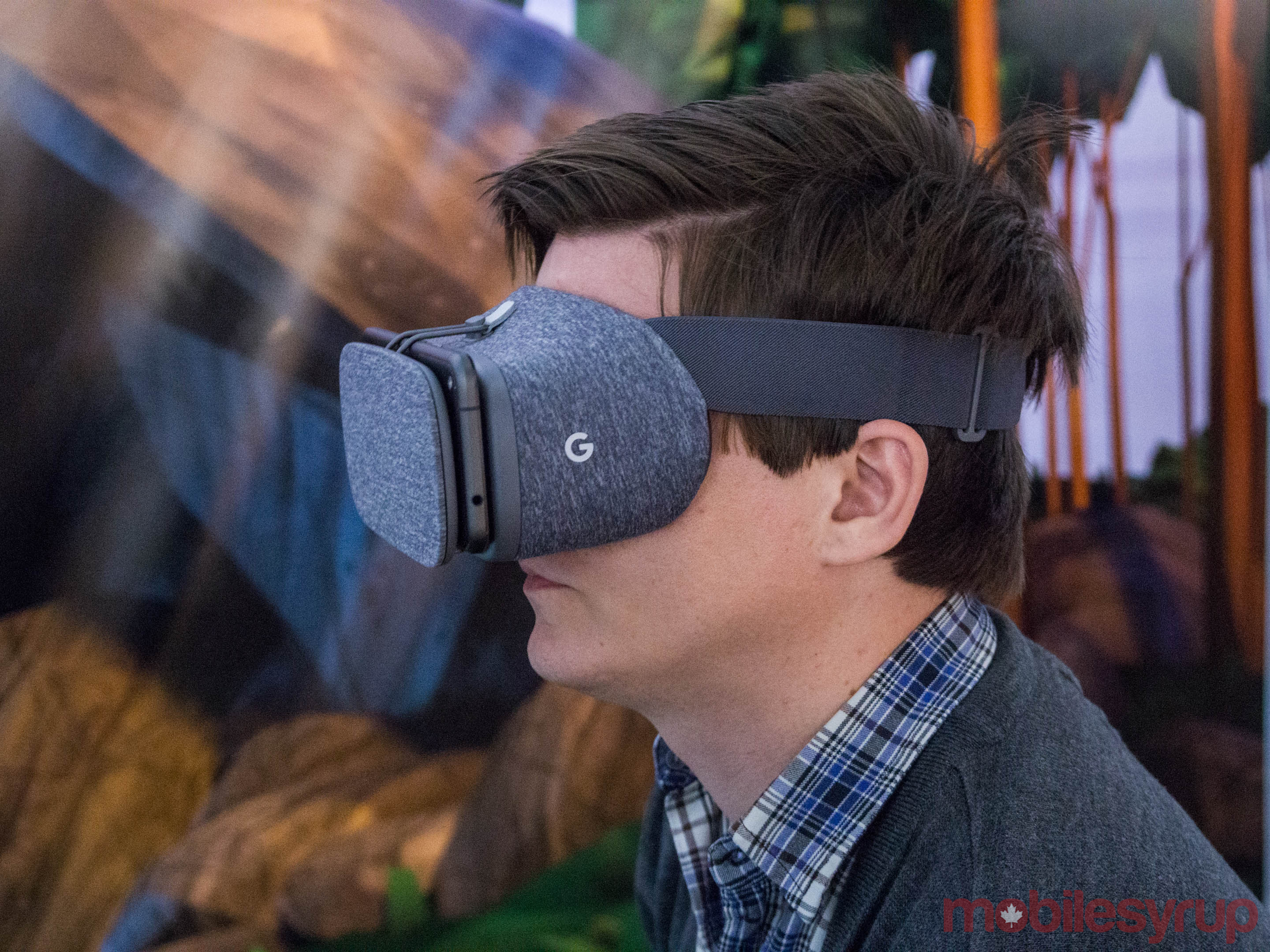 Alas, I still got a headache after using the View. That says less about the View and more about my brain and the way it reacts to these devices, but do keep in mind if you’ve felt ill after using a VR headset in the past, this might not be the device to solve that issue.

Bavor also made a point to highlight how easy it is to use the View, and the headset lived up to that claim. Whether the user pops in a Pixel or Pixel XL, there’s no special process to go through to get either device working the View. The headset will automatically recognize the device and adjust as needed. Presumably, the View will also be able to recognize and configure itself to work with future Daydream-ready Android devices when they come out on the market. 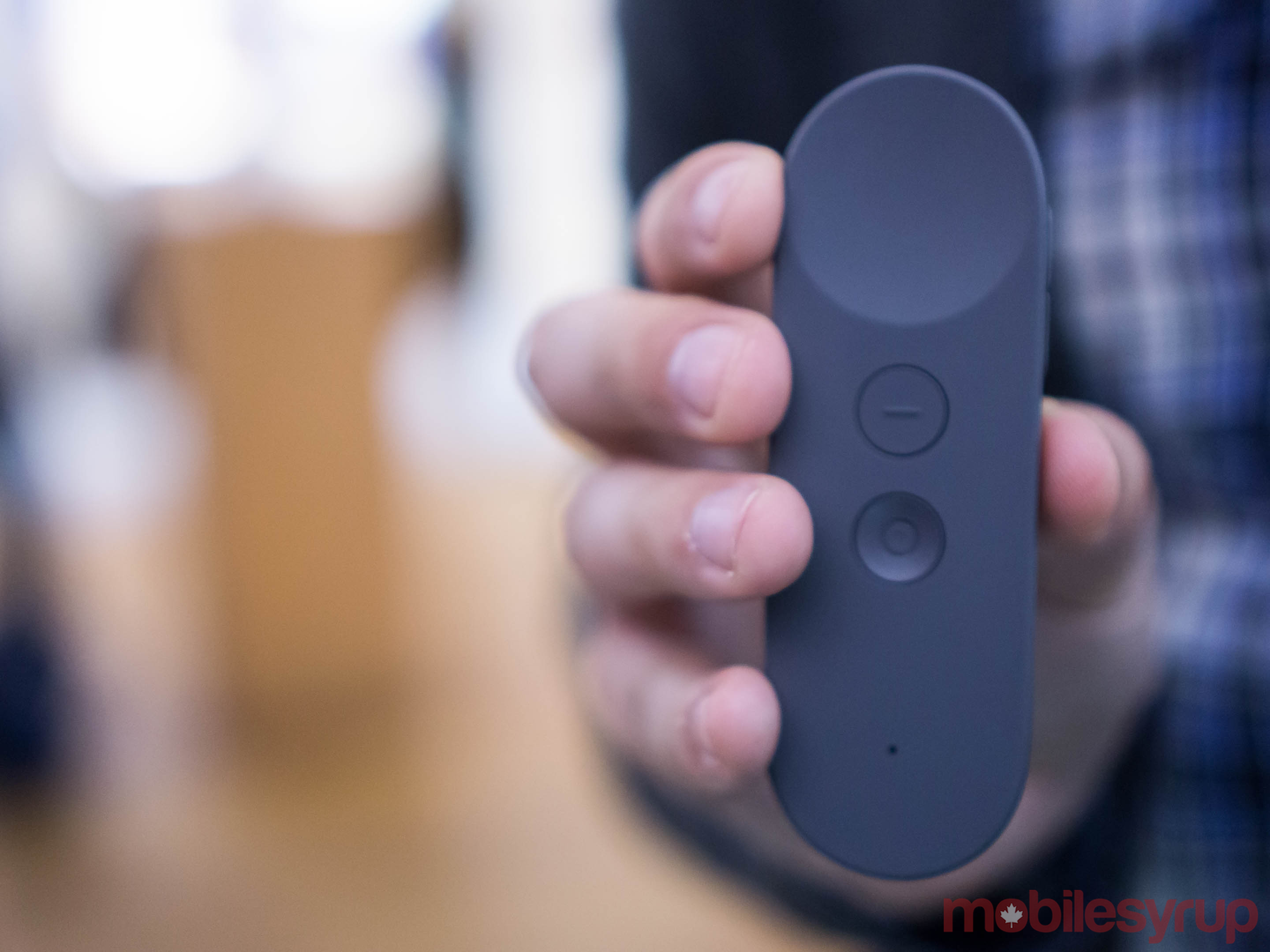 The controller also deserves special mention. Google has designed it in such a way where all the buttons have their own unique feel, which helps make it extremely easy to navigate with touch only.

We still have to wait and see whether this is the headset brings virtual reality to the masses, but for the time being Daydream View looks promising.

When it launches in Canada later this year, Daydream View will cost $100. Initially, only the ‘Slate’ colour will be available to purchase. The headset will be sold on the Google Store, as well as through Rogers, Fido, Telus, Bell and Best Buy.