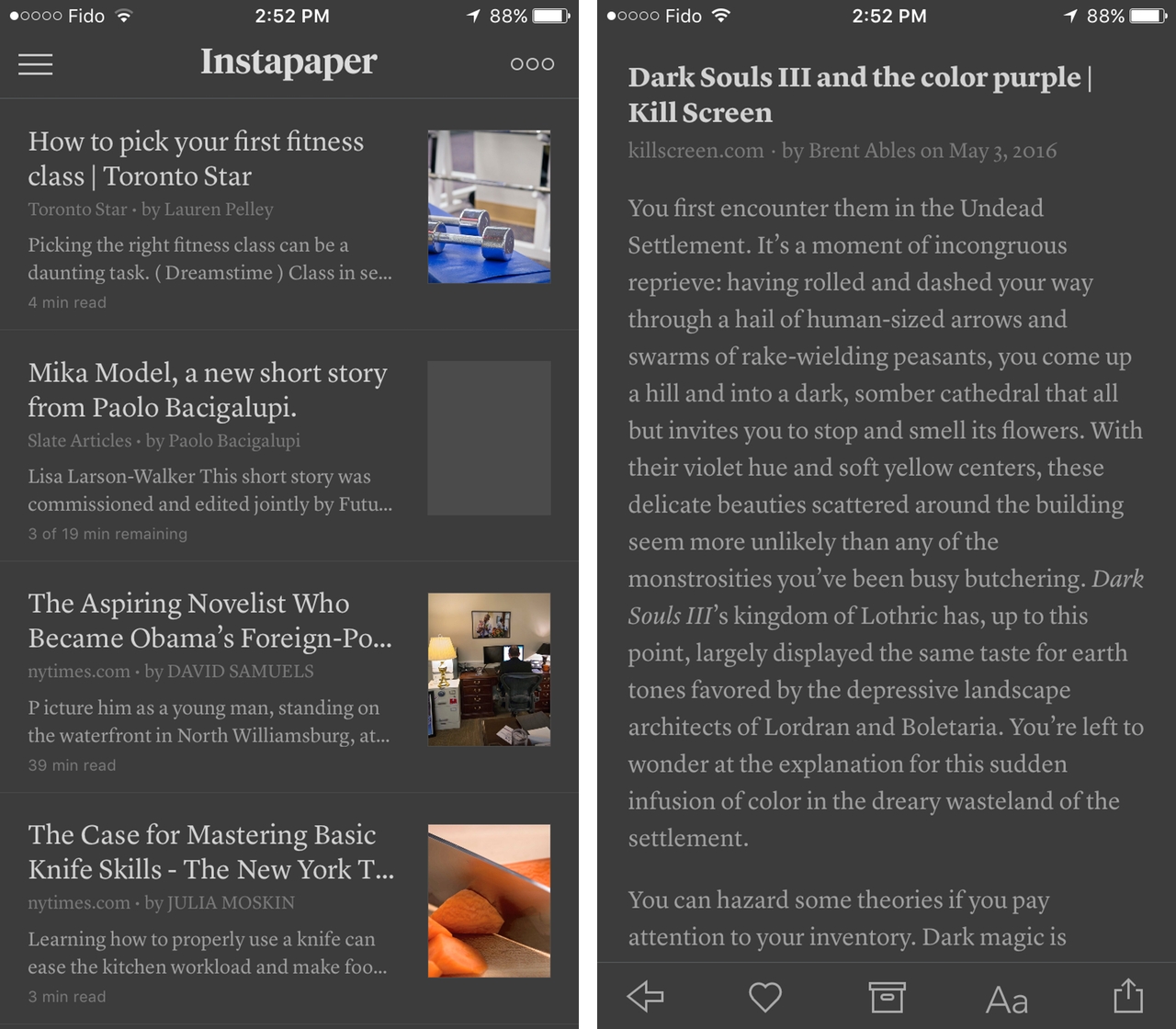 Financial terms of the deal were not disclosed, but Pinterest did reveal Instapaper will continue to function as a standalone app. For the time being, all that’s changing is that the majority of the Instapaper team, including CEO Brian Donohue, will move to San Francisco from their current home base of New York.

Instapaper was started in 2007 by Tumblr co-founder Marco Arment. The developer’s most recent claim to fame is Overcast, the popular iOS podcast app that went free-to-download this past October.

In 2013, Betaworks, a New York-based startup accelerator and venture capital fund, purchased the company. Recent startups to come out of the incubator include Chartbeat, Bitly and Giphy. While under the guidance of Betaworks, Instapaper matured quickly into the superlative app it is today, though in the interim competing apps like Pocket have come onto the scene, chipping away at the company’s market share.