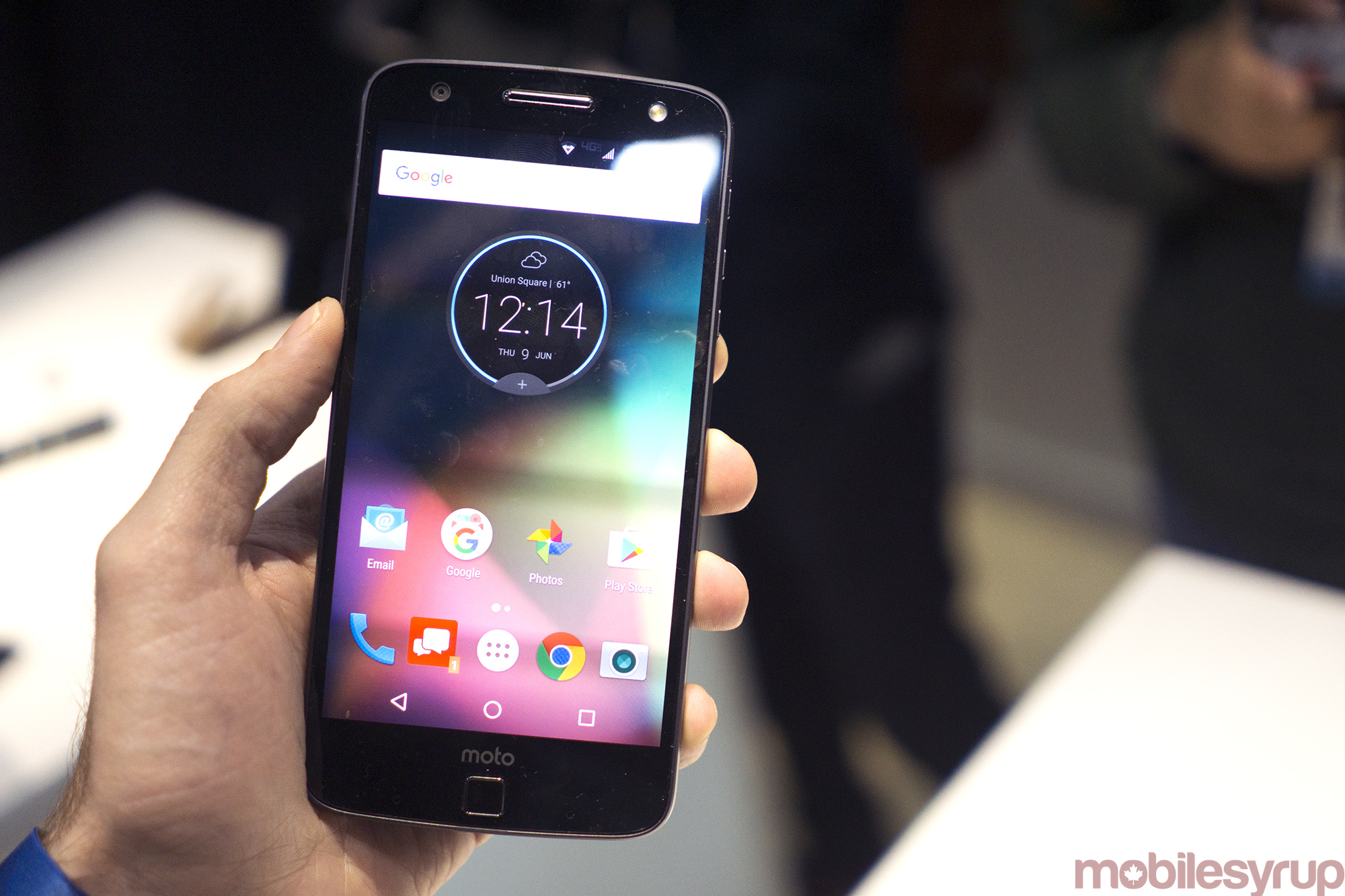 It looks like the Moto Z — which was officially unveiled during Lenovo Tech World back in June — will soon make its way to Canada.

We have received word that Motorola’s latest smartphone will retail for $899.99 no-term when it launches in Canada through the company’s carrier partners. For now, we can confirm that Bell will add the Moto Z to its lineup in September, and you can expect most other carriers to stock the device as well.

This Android-powered smartphone is compatible with various modular add-ons called Moto Mods. While it’s not known if all the Moto Mods will come to Canada, we know Motorola will sell the phone’s Instashare portable projector, JBL sound system attachment and a power pack that adds 22 hours of battery life, north of the U.S. border.

The Moto Z will also be sold unlocked through Lenovo/Motorola’s online store in September.