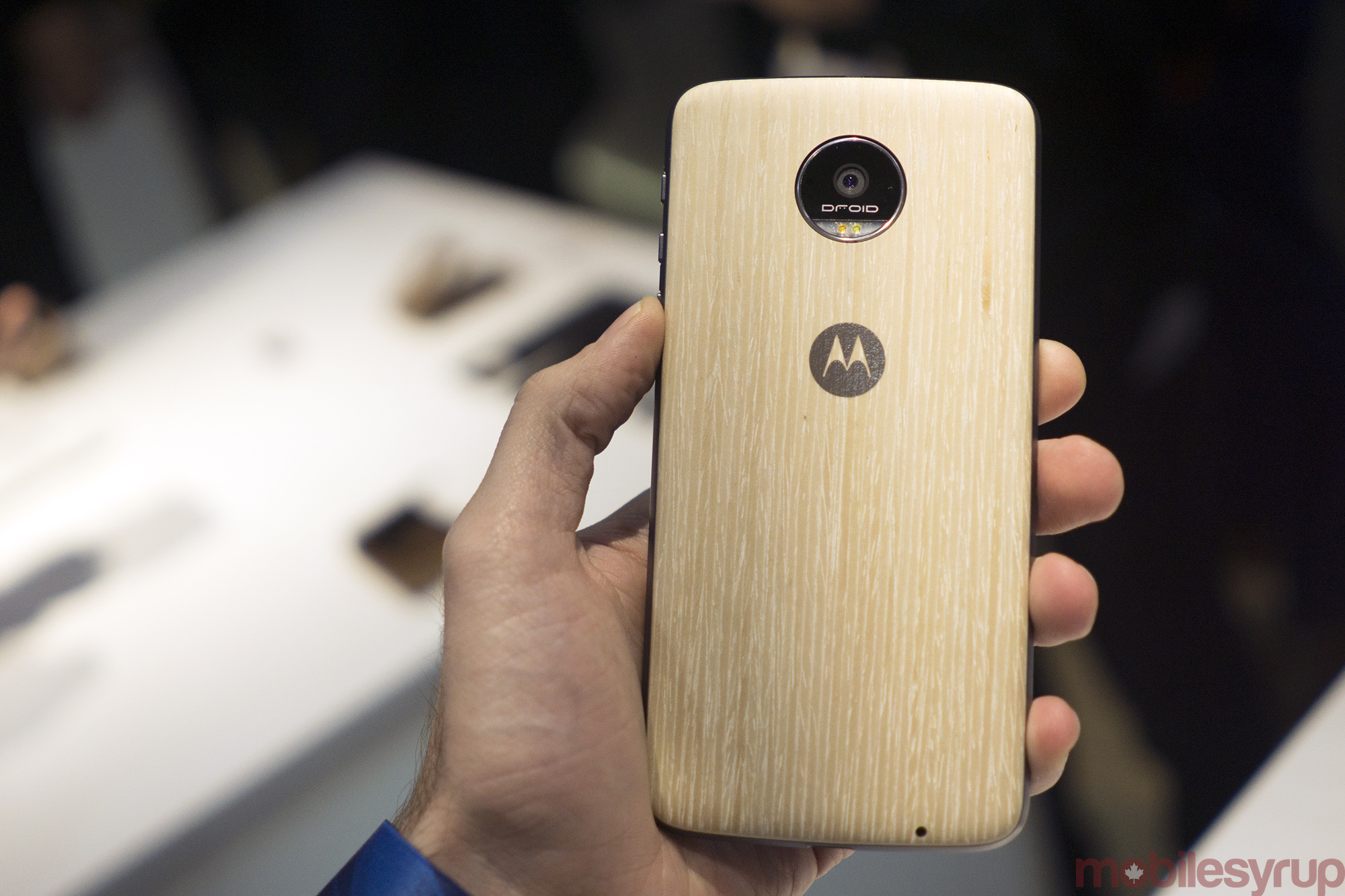 The X is seemingly gone, having been supplanted by a Z, the last letter of the alphabet, yet signalling a pivot towards something more modularly focused. This is the Moto Z, a thin and light phone that can be made much thicker and heavier with add-ons attached to its back.

The Moto Z feels like it’s a finished work in progress, if that makes any sense. That may have something to do with how similar smartphones generally are anyway, but in any event, Lenovo deserves some credit for trying to turn a corner with the Moto brand without completely messing it up in the process.

The main differentiator right off the bat is the small magnetic pins on its rear that act as the conduit for the “Moto Mods,” Motorola’s eventual lineup of attachable accessories. Like how Moto Maker offered customization for certain Moto products (not in Canada though), Moto Mods is very much in the same vein when it comes to functionality.

The initial crop of Mods isn’t extensive – there are only about a handful – but they appear to be useful. The JBL SoundBoost is a speaker attachment that can pump out louder tunes, except it was hard to get a good feel for the sound amidst all the background noise in the press demo area following Tech World’s keynote. 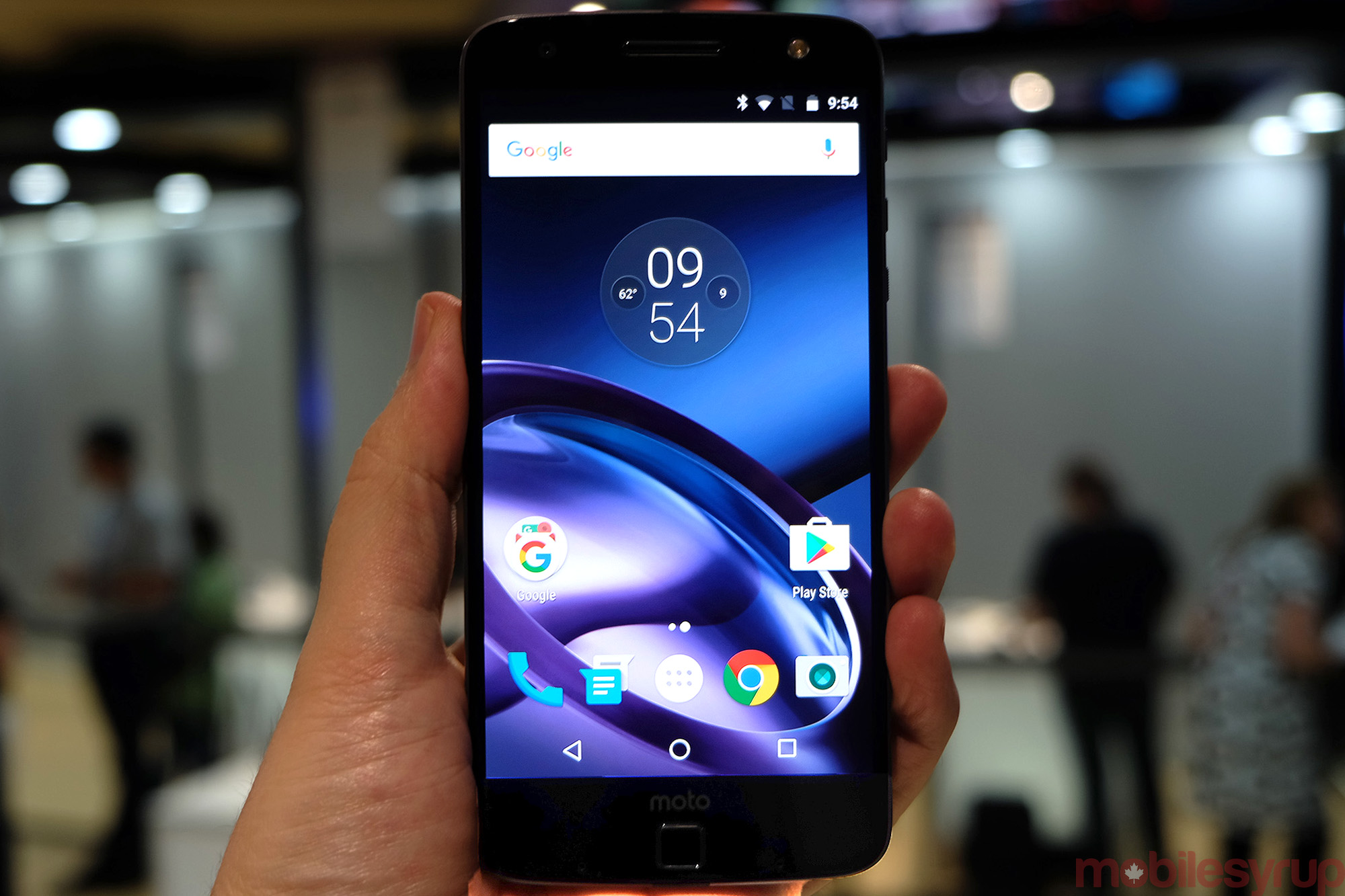 The Insta-Share is a pico projector that can display the phone’s screen onto a flat surface at virtually any angle. It could be straight ahead or straight up on a 90-degree angle. There are battery packs through a partnership with Incipio and a Kate Spade fashion case and battery pack.

More items are apparently coming, but the viability of such a strategy will largely depend on developers breathing life into it. Moto is already courting them, with actor Ashton Kutcher in the role of evangelist. 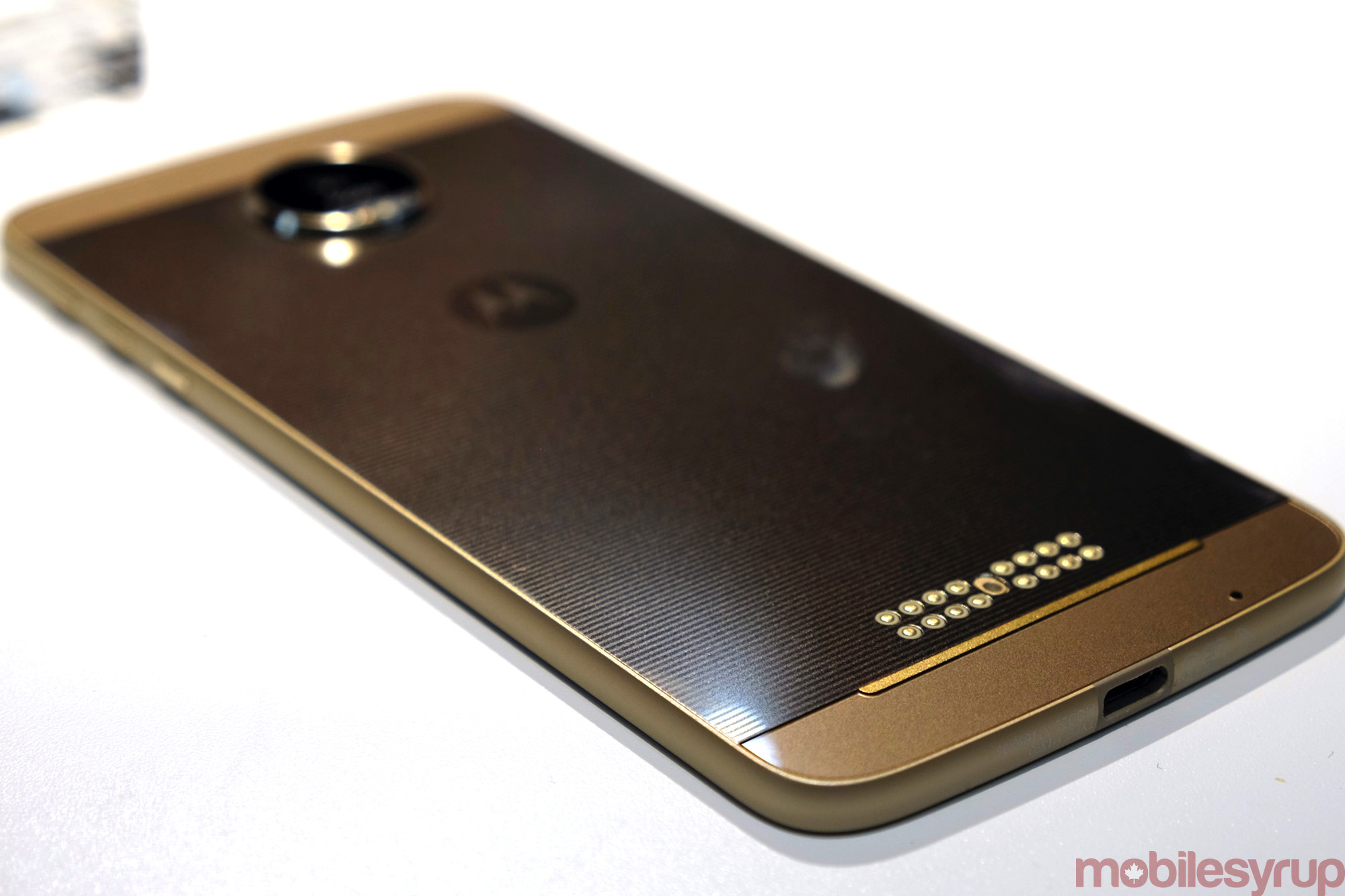 Beyond that, the Moto Z isn’t a huge game-changer, but still feels like a good device to wield. It does get rid of the 3.5mm headphone jack and pushes wired audio output to the USB-C port at the bottom.

That has already been rumoured for the next iPhone, and it wouldn’t be far-fetched to imagine other manufacturers doing the same. Moto is already on it, and that might prove divisive for users used to plugging in the old fashioned way. 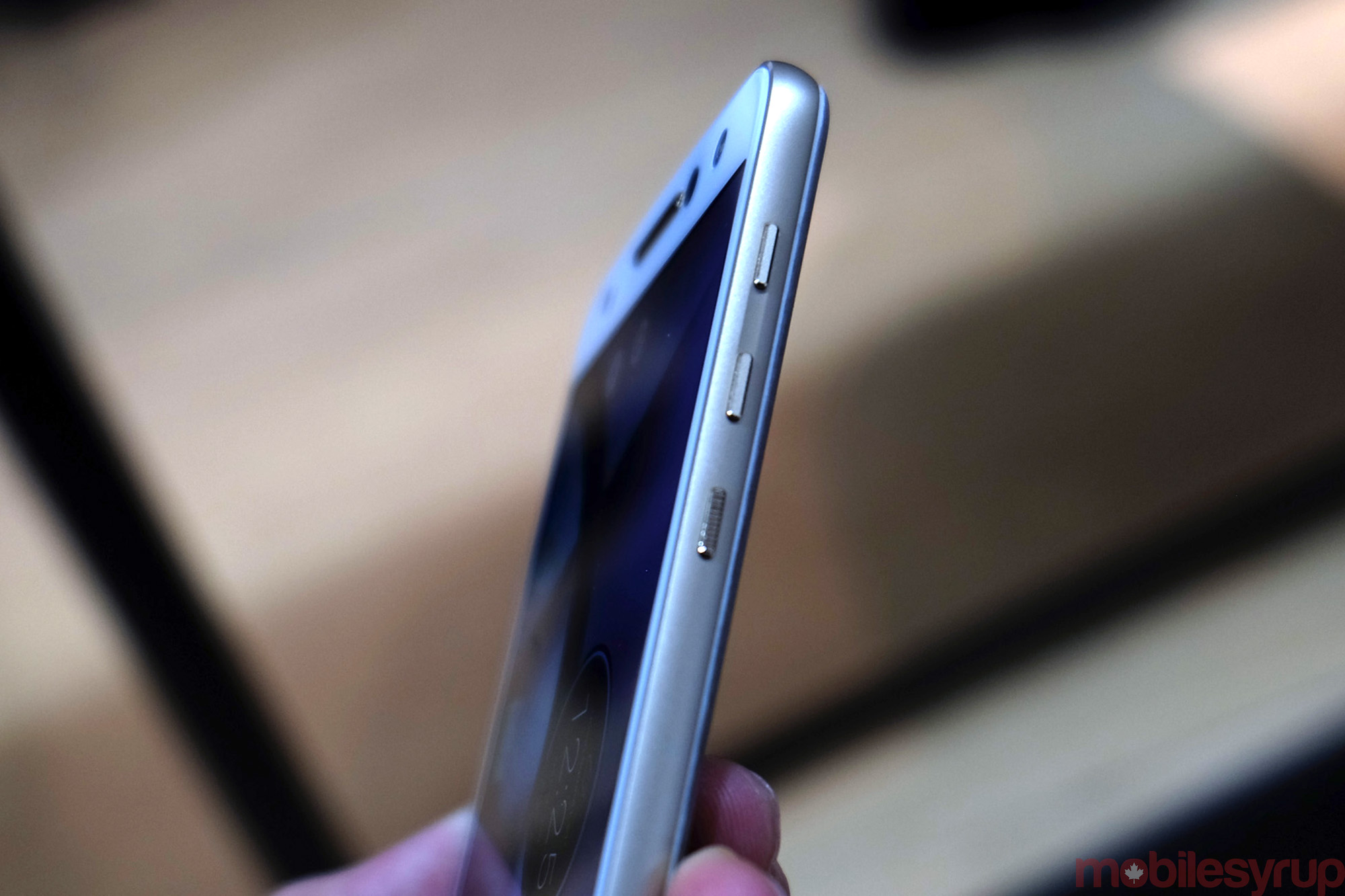 At only 5.2mm thin and weighing 136g, the Moto Z is very easy to carry around. Compared to last year’s Moto X Play, the Z almost feels feathery.

The 5.5-inch Quad HD AMOLED display is bright and crisp, though it doesn’t look like a huge leap forward in any other sense. Running on Android 6.0.1, the Moto Z is not likely to be on Marshmallow for very long after it launches this Fall. Assuming Google rolls out Android N on its usual fall timeframe, this phone will probably be among the first to make that jump. 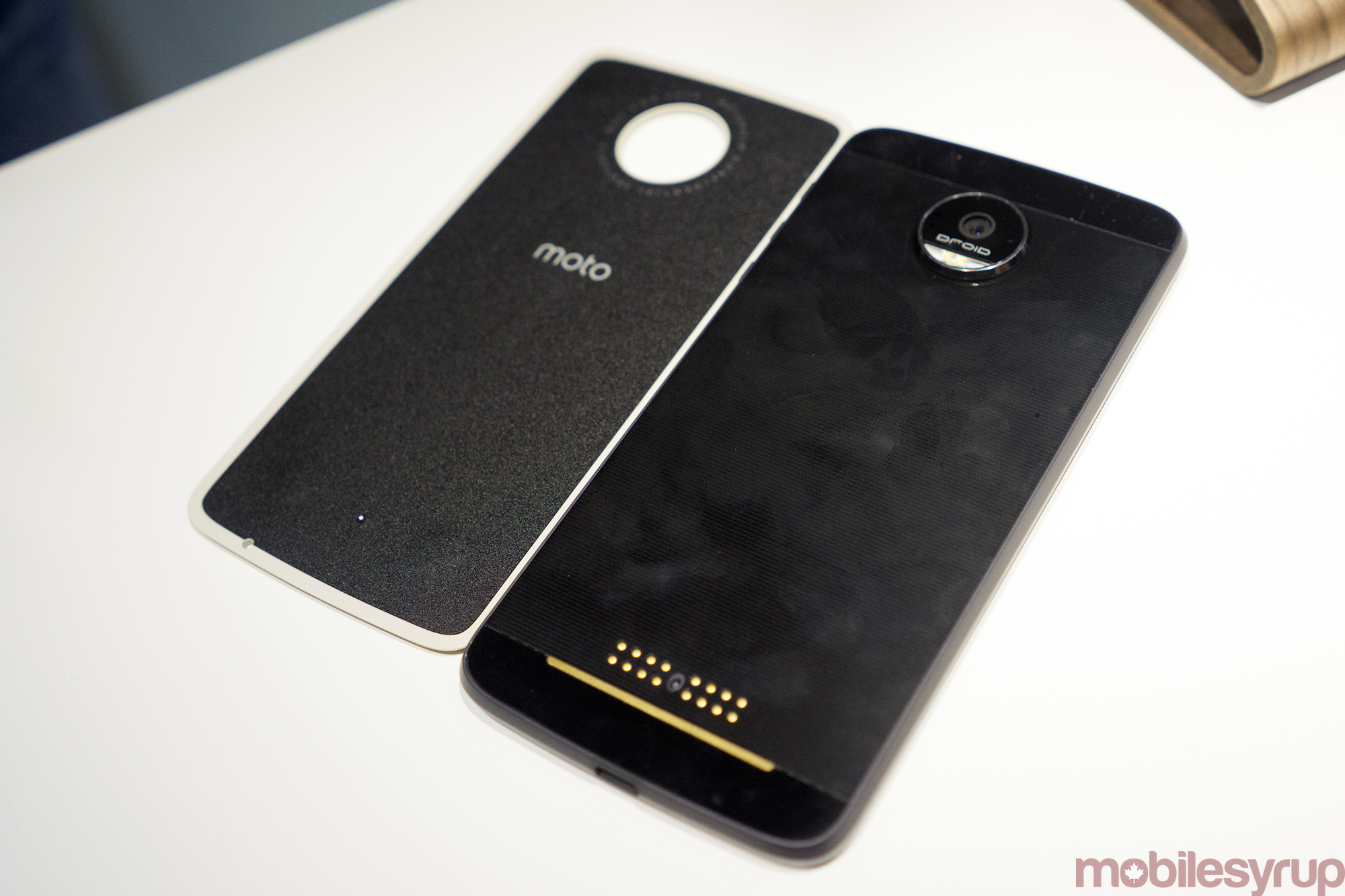 Under the hood, the Moto Z runs on a 2.2GHz Qualcomm Snapdragon 820 quad-core processor and 4GB of RAM. The 13MP rear camera with f/1.8 aperture should be an upgrade in performance and composition, but that remains to be seen. The Z’s camera also features optical image stabilization (OIS) and laser autofocus. Without question, the camera interface is exactly the same as what will be on the Moto G Plus, thereby maintaining a certain synergy between the two lines.

Still, to make all this happen – and keep the slim figure and profile – some sacrifices had to be made, which are a little maddening when compared to the Moto Z’s sibling. 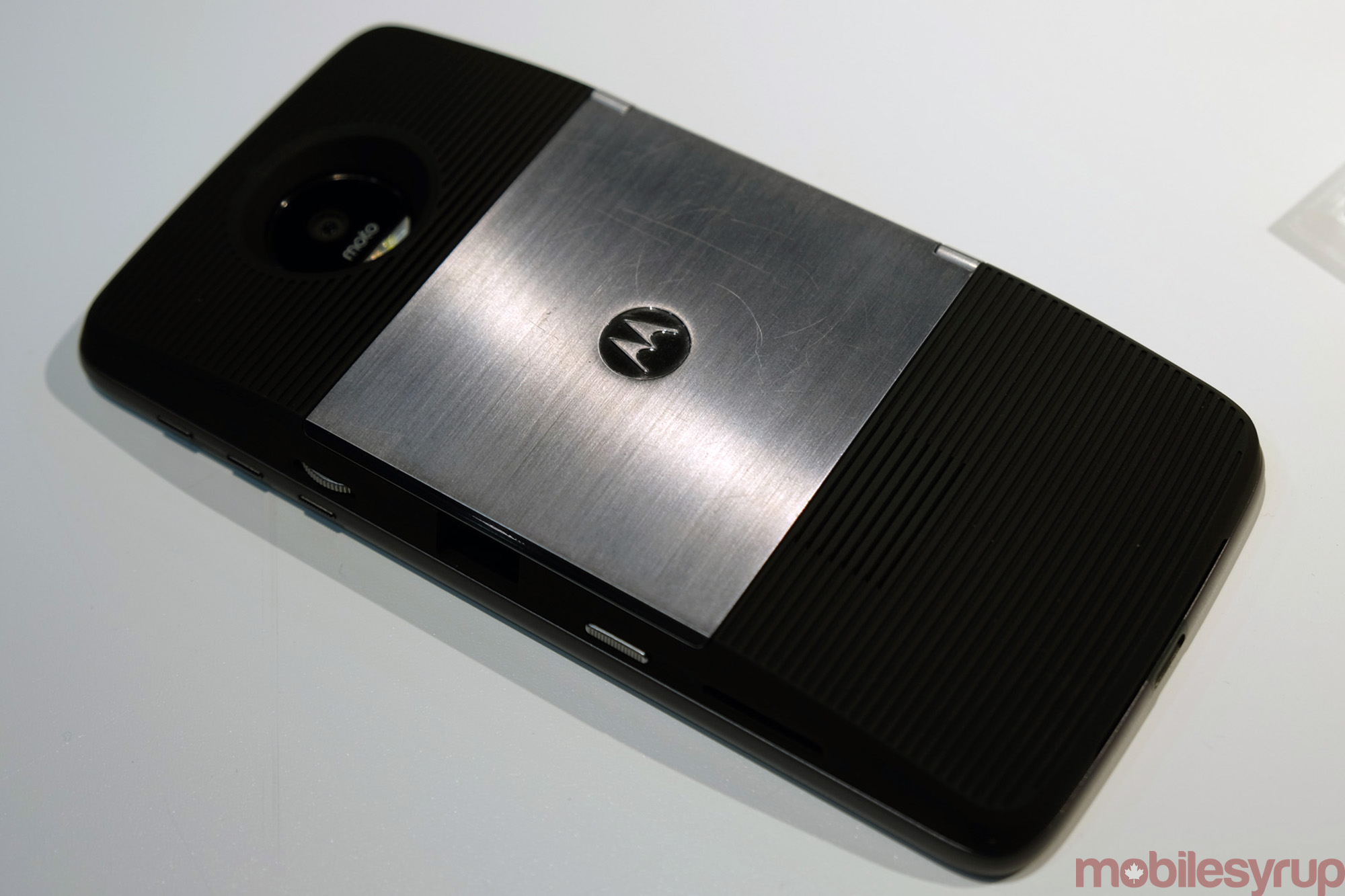 The Moto Z Force was unveiled simultaneously, and it has a much larger battery at 3,500mAh, a larger image sensor at 21 megapixel and a “shatterproof” display, courtesy of the ShatterShield design that uses aluminum to preserve the screen’s constitution. The device is a U.S.-only smartphone exclusive to Verizon, and Canada has already been confirmed to be left out.

Actually, the Moto Z is a Verizon-exclusive, too. Moto will sell it unlocked in the fall. No Canadian carriers have been confirmed, nor the price the phone will sell for, but a September launch is scheduled and pricing information should be coming soon. 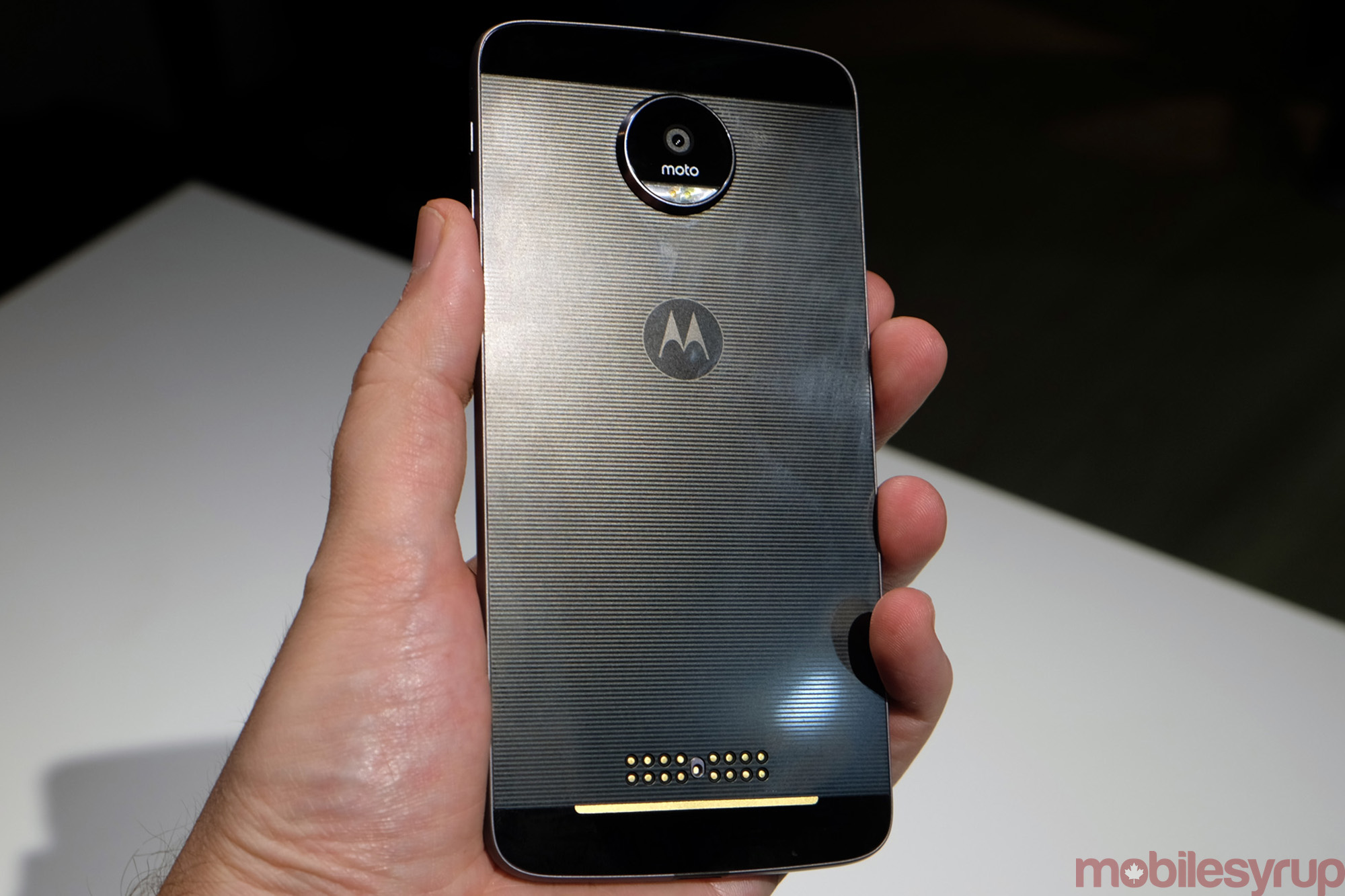 Moto Mods should be made available at the same time, possibly a little later, but no word on whether Moto Maker will be opened up to Canada along with that.

Some of the backs shown at the event were nice, and would be nicer if also made available. The bamboo wood and vinyl backs were personal favourites, along with what felt like a textured polyester. 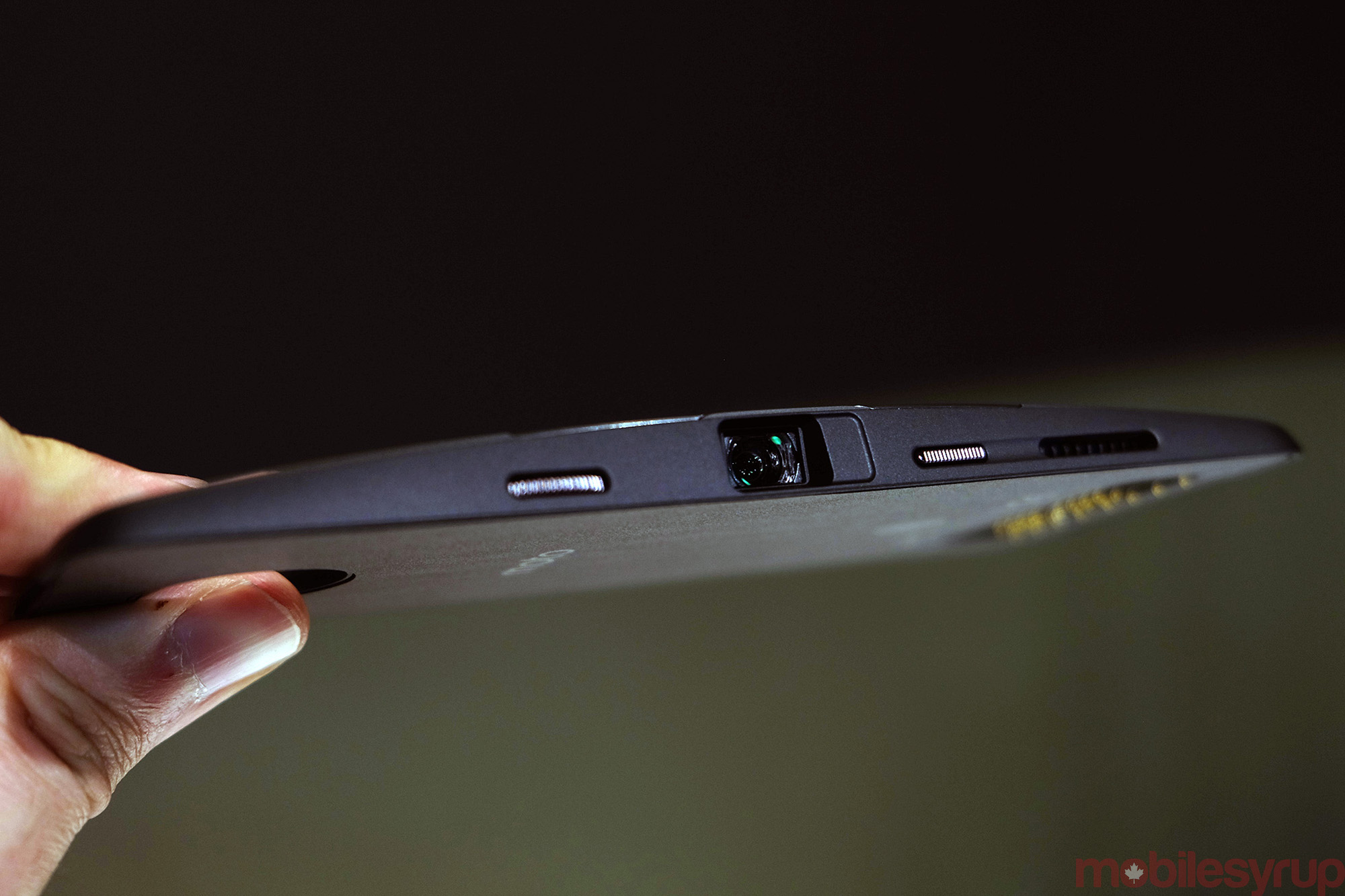 It’s not the same true modularity, like that seen in the LG G5, but users would have an easier time removing and adding accessories to the Moto Z. Whether or not consumers will feel compelled to do so remains to be seen.