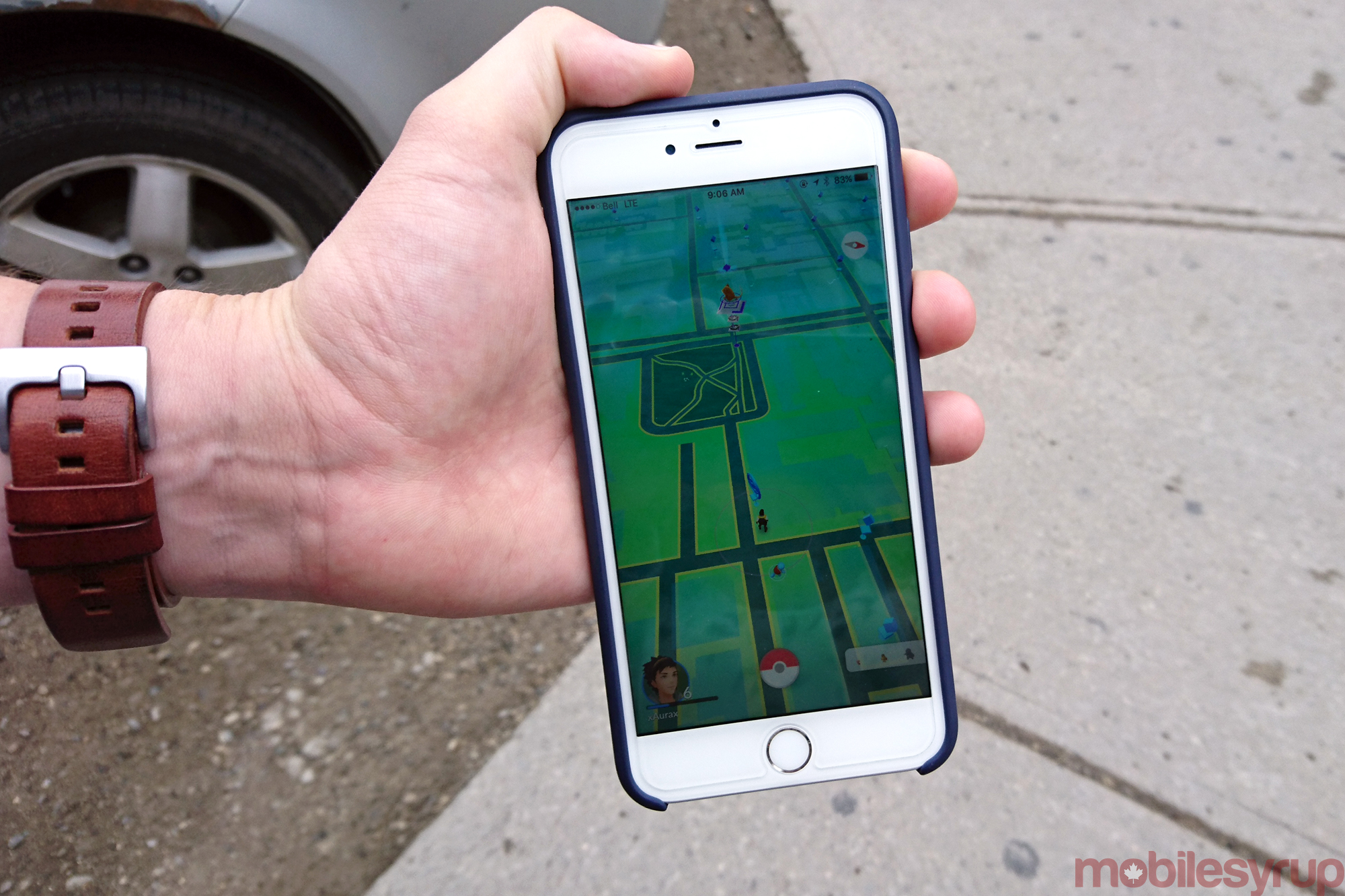 After months of anticipation, leaks and rumours, Pokémon Go is finally here, at least for some people. Yes, a Pokémon smartphone game is actually officially available on iOS and Android.

The main question surrounding the game for those of us lucky enough to get our hands on the game, since it still isn’t officially available in Canada – follow our guide to get Pokémon Go for iOS and Android in Canada – is whether or not it lives up to fan’s lofty expectations. 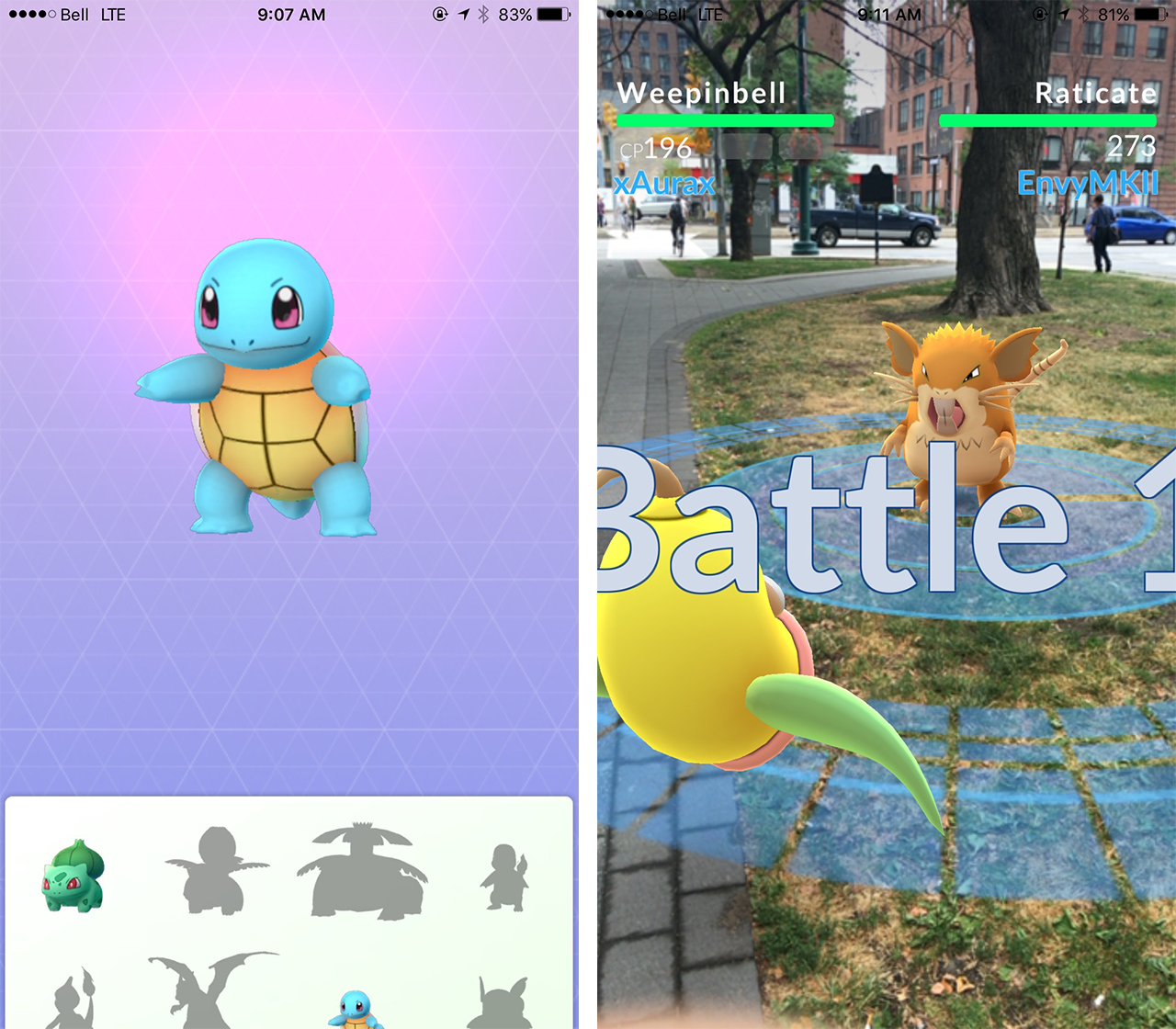 In some ways Pokémon Go is the perfect Pocket Monster collecting game, though hardcore fans of the series may be disappointed by Niantic’s take on Nintendo and the Pokémon company’s series.

In Pokémon Go, players travel around the real world hunting for virtual, augmented reality Pokémon. When in a wooded area, grass Pokémon show up, and when you’re near the water, aquatic Pocket Monsters begin to appear. It’s also believed that visiting monuments and other well-known world locations makes rare Pokémon come out of hiding, though this hasn’t been confirmed yet.

Once a Pokémon is present in the game’s on-screen map, tap the screen and the game enters an augmented reality capture mode. The Pokémon, whether it’s Squirtle, Rattata (you’ll see a ton of these) or Zubat, shows up on the screen with the real world as the back drop thanks to the smartphone’s camera acting as a passthrough.

Sometimes the creatures appear behind the player or to the left/right, forcing the you to spin in a circle in order to locate the augmented reality creature. In order to catch the Pokémon, the overall goal of the long-running series, players carefully toss Pokéballs at the Pocket Monster. While this sounds easy, depending on the size of the Pokémon and its distance from your real-world location, the catching process can actually become difficult and at times even embarrassing.

Picture this: you’re standing in a crowd of people in suits rushing to their important Bay Street jobs in Toronto, walking in circles with your phone held at eye level, trying to capture an Eevee. 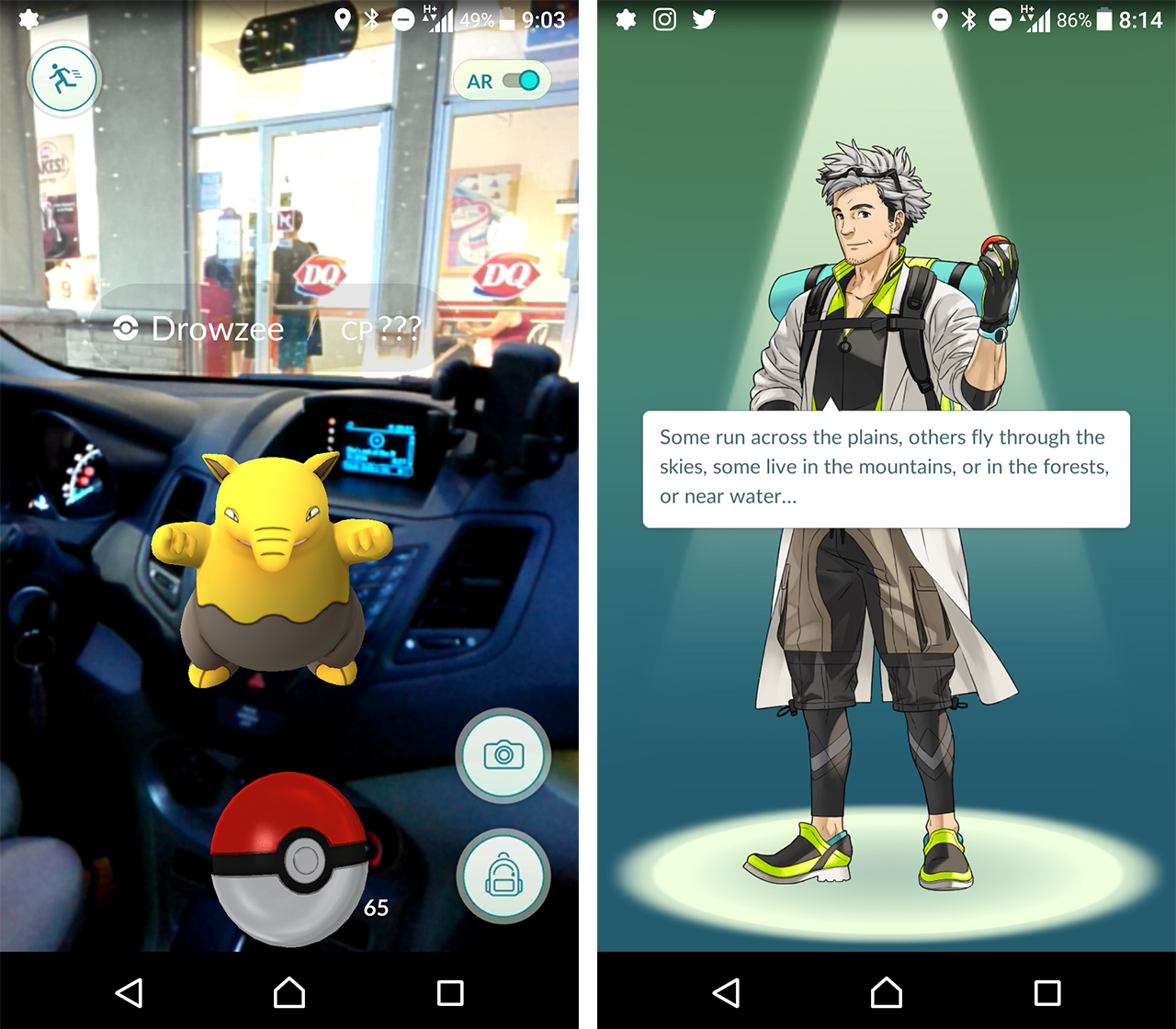 Pokéstops scattered around the world allow players to re-up on valuable Pokéballs as well as Potions and Revives, though players can also buy Pokécoins with real-world money to purchase items in the game, with the highest tier amounting to a ridiculous $139 USD worth of coins.

On the less positive side of Pokemon Go’s experience, Pokémon battles don’t operate the way fans of the series are familiar with. In Pokémon Go, players leave a Pocket Monster at a nearby gym, which are located in various areas around the game’s world, typically major landmarks. For example, there’s a gym directly across the street from MobileSyrup’s office in Toronto. Players then battle the opposing Pokémon left in the gym by selecting their own combatant and tapping on the opposing creature while swiping to avoid incoming assaults. 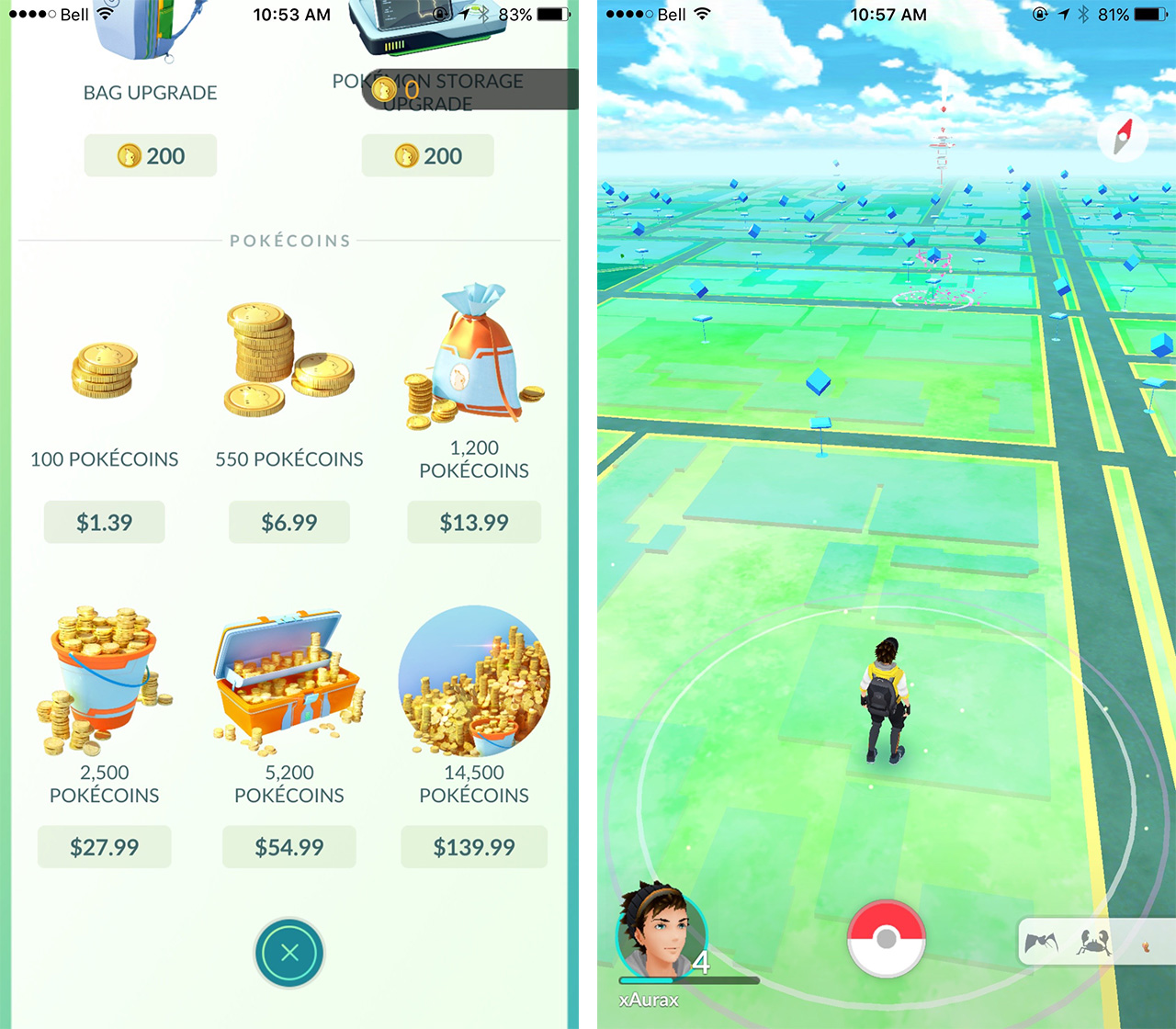 The game’s launch has also been mired with issues. Pokémon Go’s servers often go down and its international roll out has been slow, with the game only officially launching in the U.S., Australia and New Zealand.

While Pokémon Go isn’t currently available in Canada, Niantic told us in a statement that the game “is also coming soon to Canada, Europe, and South America.” The developer later released a statement indicating that Pokemon Go’s global rollout has been halted until the developer is able to deal with the game’s current server issues.

In an interview with Business Insider the company’s CEO John Hanke said that the game’s regional release schedule has been, “paused until we’re comfortable.”

Thank you for your patience. We have been working to fix the server issues. We will continue rolling out #PokemonGO to new countries soon.

If you can’t wait for the official Canadian release of Pokemon Go, make sure you check out our guide explaining how to get the games right now for iOS and Android.

Related reading: Here’s how to get Pokemon Go for Android in Canada right now