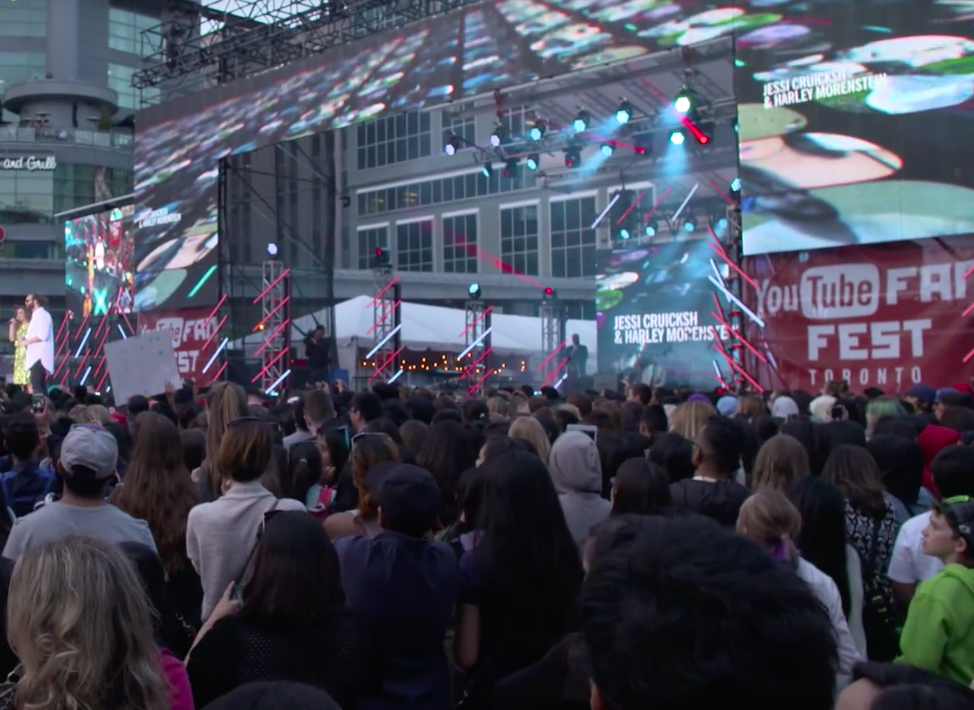 Google acquired YouTube for $1.65 billion in an all-stock deal in 2006. Since then the demand for online video has significantly increased. Much of this has been created by the desire for instant sharing on various social channels, as well as the rise of mobile usage.

YouTube has over a billion users and “every day people watch hundreds of millions of hours on YouTube and generate billions of views.” According to YouTube, half of its current video views stem from mobile devices.

Following up on its North American debut in Toronto last year, YouTube FanFest is returning to the city on August 13th at the Molson Canadian Amphitheatre. Similar to the 2015 experience, the event gives attendees the opportunity to “get up close and personal” with some of the most popular YouTubers from around the world.

Apparently the attendance from the Toronto event hit over 15,000 fans, which is three times the amount at previous FanFests in Asia, Australia, and India. Ticket prices are $30 for front section seats and $25 for middle and back section seats from Ticketmaster.

“Canada is a hotbed of YouTube talent and we are excited to put Canadian Creators centre stage at this year’s FanFest,” says Sam Sebastian, general manager of Google Canada. “Through YouTube, our Canadian Creators are entertaining, educating and engaging audiences across the globe, and we can’t wait to celebrate the success of our homegrown YouTube talent.”