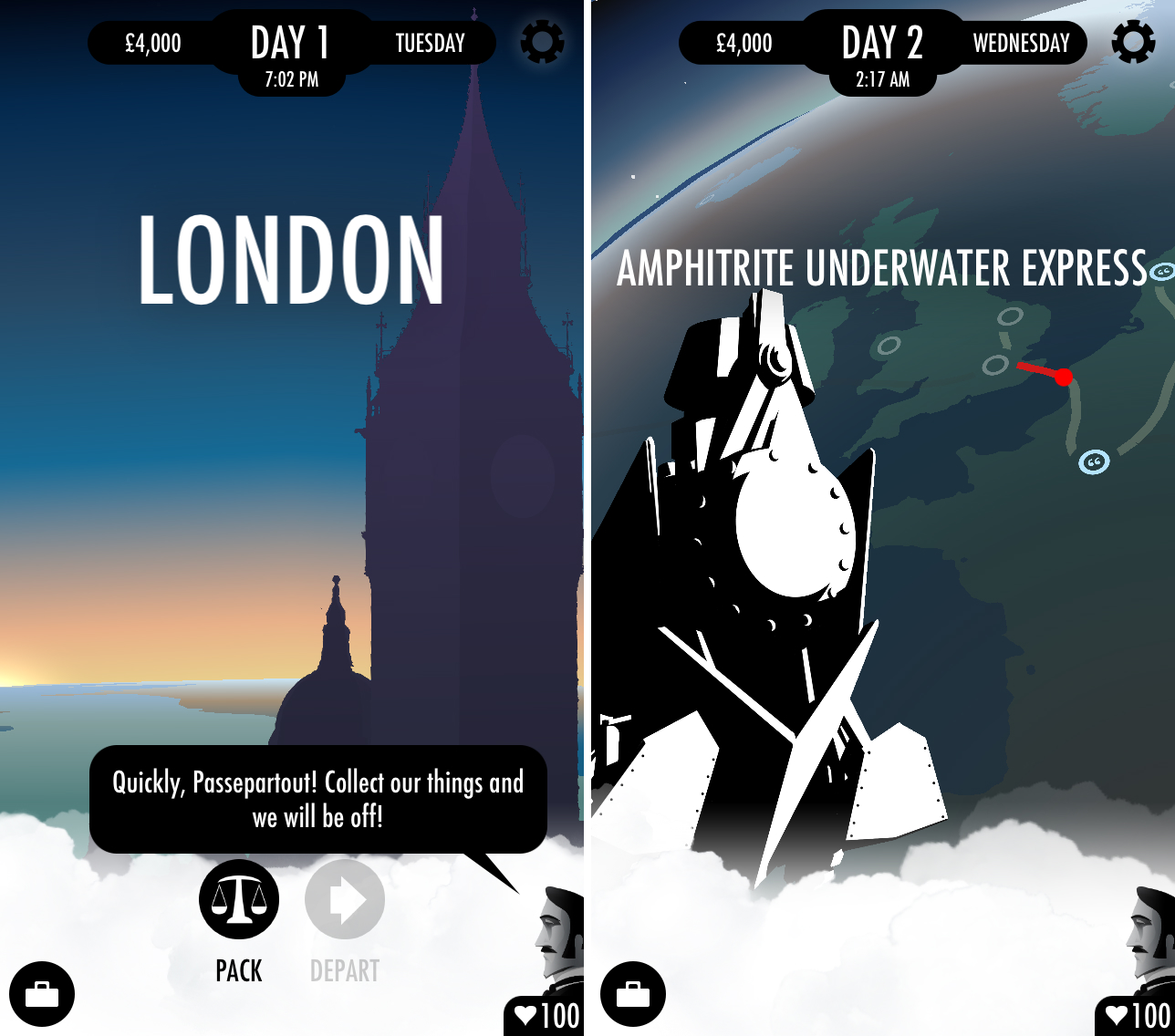 With the long weekend upon us and summer just around the corner, it’s only natural for a little wanderlust to nip at your heels. But if all your wallet allows for is a staycation, the perfect solution might be a couple spins around the world in Inkle Studios‘ mobile game 80 Days.

The concept: a steampunk, gamified version of Jules Verne’s classic Around the World in 80 Days story where you play as Passepartout, manservant to Phileas Fogg. You manage your master’s finances, health and route as the days rapidly pass by at the rate of about a second per in-game minute. 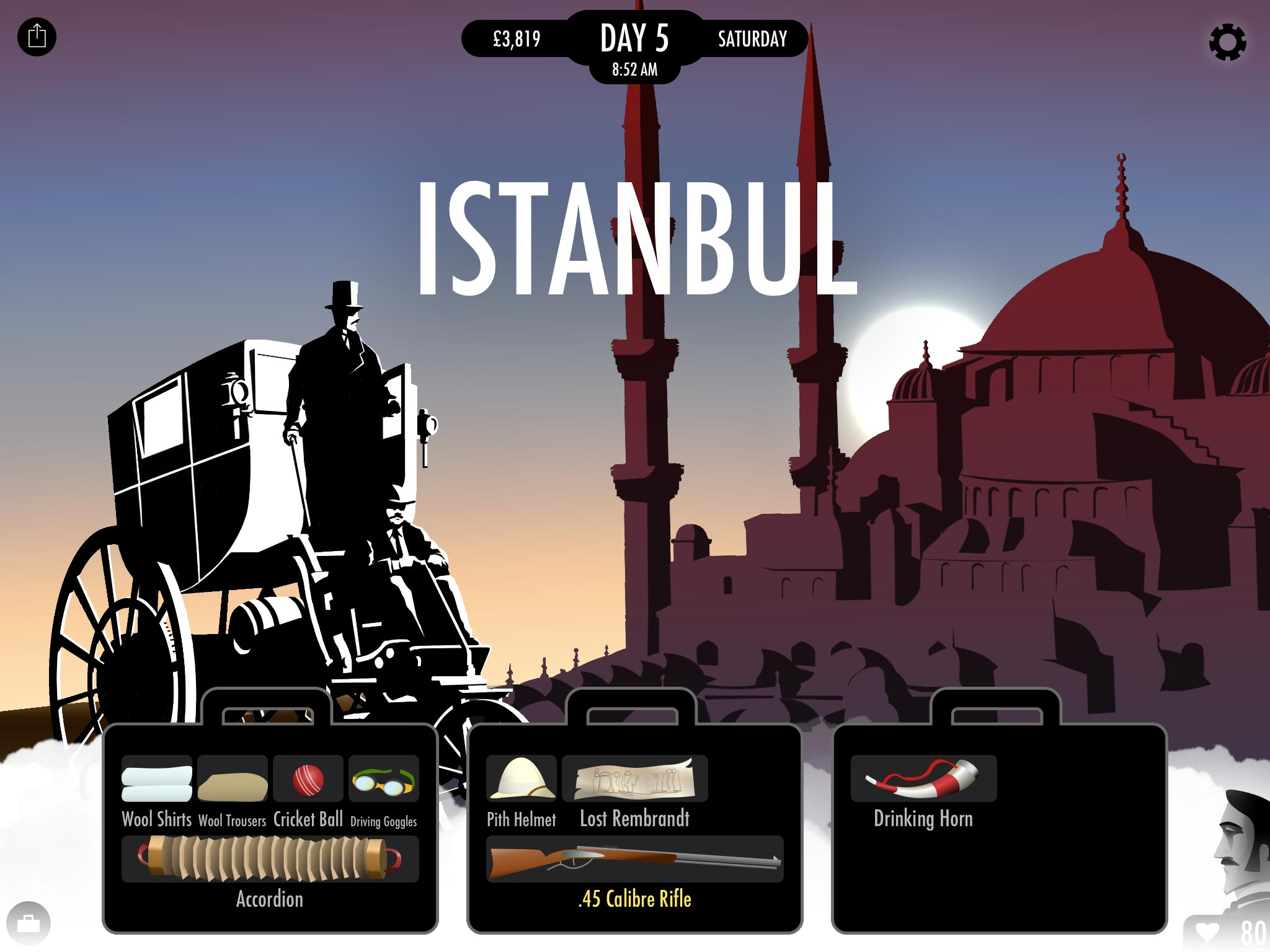 There are a lot of balls to keep in the air with this game. One of the most important aspects is choosing the quickest route to follow, but most routes only arise through conversations with other characters or by purchasing maps. Of course, in order to afford travel, you have to make sure you have sufficient cash-on-hand. This requires buying and selling wares at the various markets you visit as you circumvent the globe.

On top of all that, you have to keep Fogg happy and healthy. If he gets too uncomfortable due to certain modes of transportation, he may end up sick and in need of a week’s rest. That costs you precious time, and ultimately, the object of this game is to beat the clock.

Throughout your travels, adventures also crop up that you can then follow through a multiple-choice format. As you follow them to their natural conclusions, the text transports you to a variety of steam punk-y world locales from the late 1800s. 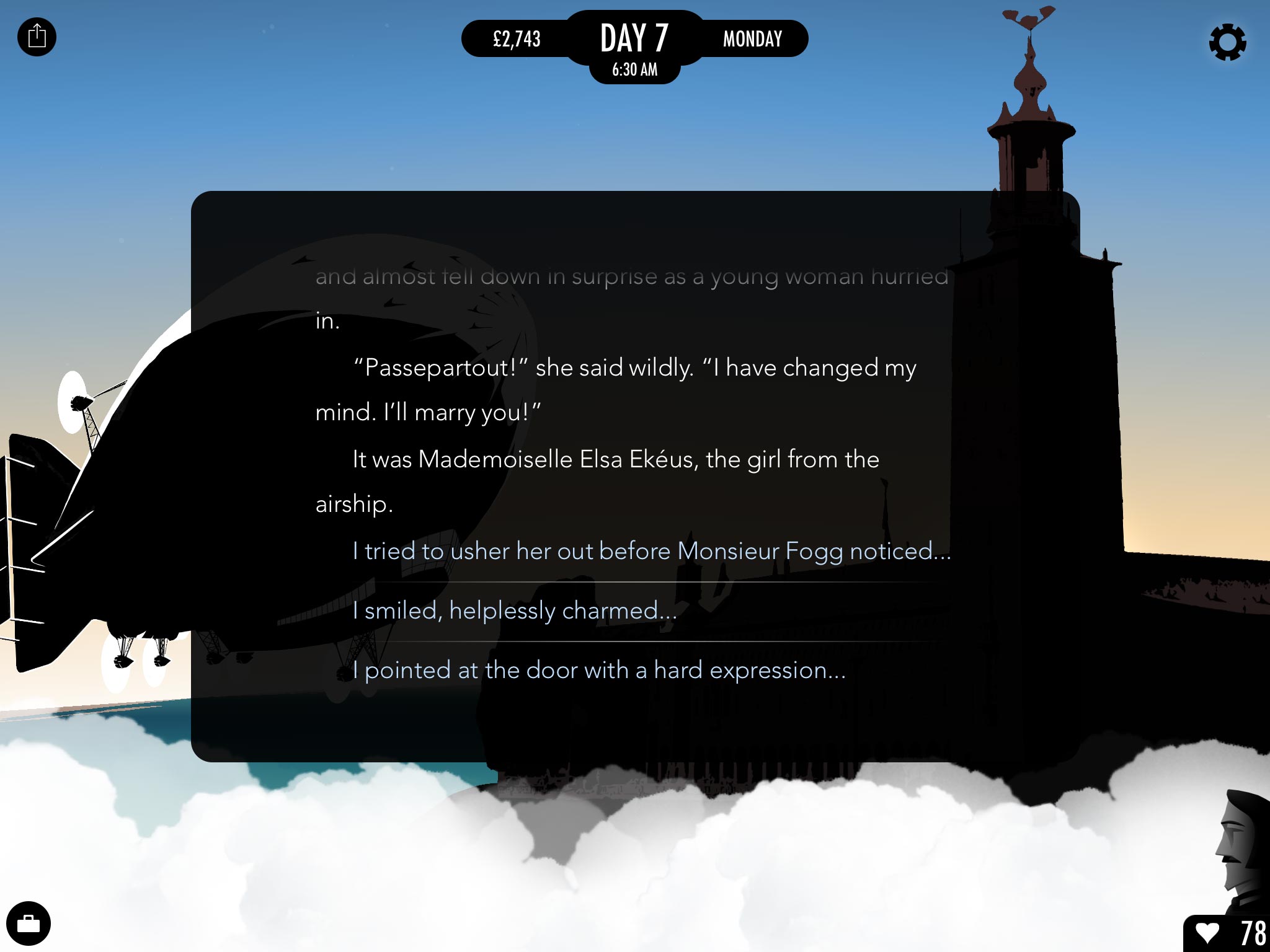 The game isn’t easy, but also not infuriating. It only took me two play-throughs to get the hang of it. The first time around I spent too much time following the side adventures and lost the 80-day bet mid-way through the Atlantic Ocean, deeply in debt.

On my second go I spent less time following the side adventures and more time trading at markets and paying attention to routes. I ended up making it home in 76 days and only in minor debt. The win felt exceedingly satisfying, even after I looked up and realized I had missed my stop on the subway several stations ago. It’s hard to think of a better recommendation than that.

Unfortunately, this great game doesn’t come free. It’s $6.99 on the App Store, and $5.40 on Google Play. Still, for unlimited trips around the world, that’s a pretty sweet deal.