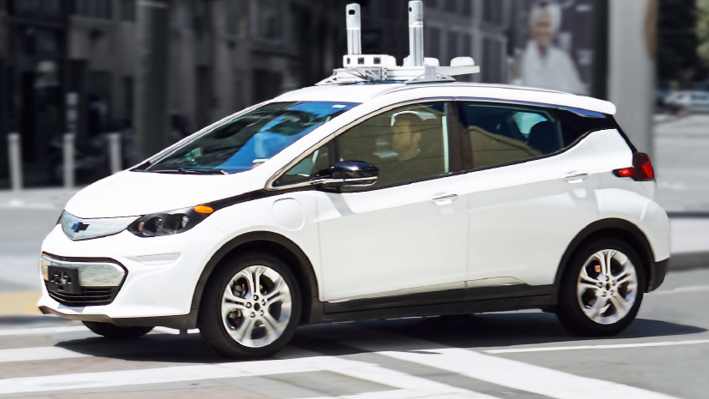 There’s been no shortage of self-driving car news over the past few weeks, and Cruise Automation, the GM-acquired startup that’s helping the company develop its own automated model, has just added to things by updating its homepage with a picture of a self-driving electric Chevy Bolt.

“We are testing our autonomous technology on the all new Chevrolet Bolt EV in San Francisco,” says some of the only text on the sparse webpage, below a picture of the Bolt fitted with sensors on the roof.

Cruise Automation, a Y Combinator-accelerated company, was acquired by GM in March 2016, just a few months after GM invested $500 million USD in Lyft to develop self-driving technology. A May 5th report from the Wall Street Journal stated that GM and Lyft will begin testing a fleet of self-driving Chevrolet Bolt electric taxis on public roads within a year. Looks like that goal is well under way.