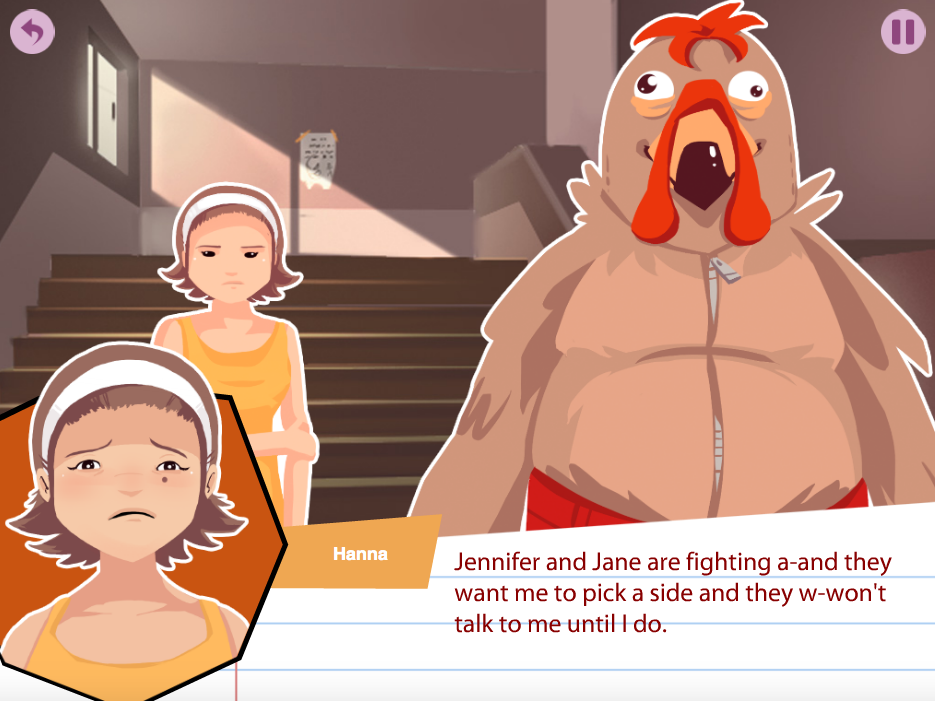 At first glance, LongStory looks like any other high school simulation game. It has a generic high school setting, pastel-dominant design, and the usual choose-your-own-adventure format. But it also has storylines that thoughtfully explore social anxiety and the idea of setting boundaries.

That’s because Miriam Verburg, executive producer of the game and owner of Bloom Digital Media, built LongStory with the intention of simulating healthy relationships. According to Verburg, the moment of inspiration hit at a Ladies Learning Code event in Toronto.

“I got a little bit drinky and my friend showed me this dating simulator app, which I thought was really weird and she thought was hilarious. So I had the idea to make something similar, but that wasn’t damaging about relationships,” she says.

Verburg later pitched the idea of a healthy relationship simulator at a Toronto Hacking Health hackathon, receiving enthusiastic responses from the doctors and engineers in attendance. It was during that hackathon in 2012 that the first prototype bloomed: an episodic game in which players tackle issues not usually handled by high school dating simulators, including sexual orientation and gender identity. 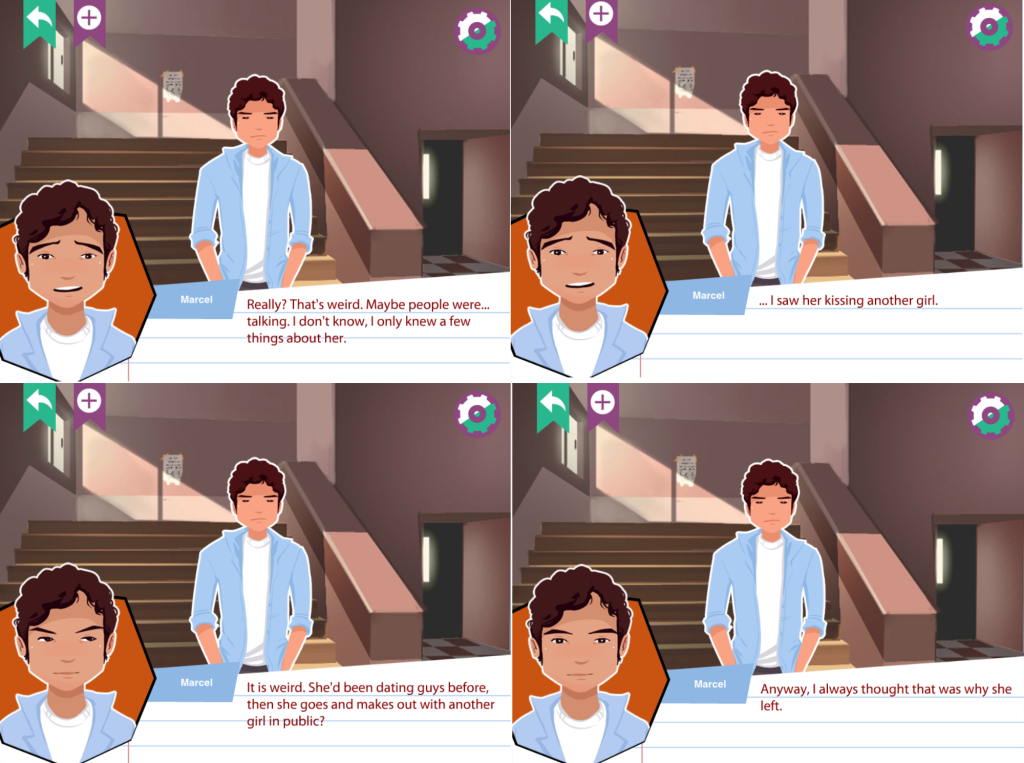 After the initial prototype of LongStory was completed, development didn’t progress until Verburg mentioned the idea again to a co-worker at Centennial College, where she was working as a sessional instructor. The co-worker was enthusiastic about the game idea and encouraged her to apply for a National Research Council (NRC) grant for applied research in health technology. Verburg ended up receiving the $50,000 grant in 2013, allowing her to enlist a group of students to develop a working version of the game. In March 2014, the first episode went up on app marketplaces.

“I said to myself, if we get over 5,000 downloads, we’ll know this is worth pursuing,” said Verburg.

Without any advanced marketing, the game was downloaded 10,000 times within the first two months. The message was clear: production had to continue, but development wasn’t easy with Verburg and the rest of the team, including Story Director Suzanne Alyssa Andrew and Senior Programmer Alex Bethke, occupied with full-time jobs.

Episode 2 came out almost a full year later, in February 2015. Since then, development has been on a much more fast-paced schedule, even though Verburg still balances LongStory with a full-time position as director of youth online services for Kids Help Phone. The fifth episode came out just this month, and the sixth is set to launch late June 2016. 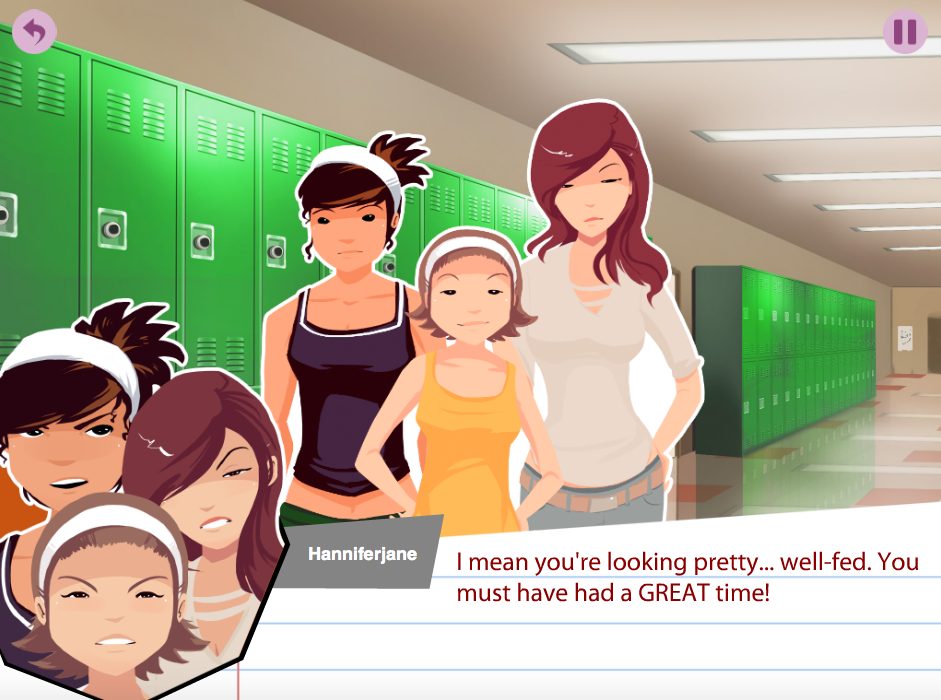 The game’s audience has also grown. After the most recent release, Verburg says LongStory’s audience grew to between 30,000 to 40,000 daily players. In total, the game now has over a hundred thousand downloads on the Google Play Store alone, where it also has a 4-star rating, along with many reviews expressing their love for the game but complaining about $2.25 per episode price tag (the first instalment is free, however).

“I think there’s value in the content we make,” says Verburg, explaining Bloom Digital’s decision to charge per episode, “And I think it ultimately benefits the user, because they don’t get distracted by ads and they know they’re helping the game.”

Most fans agree with her, and LongStory is certainly free of distraction in comparison to most modern mobile games, with a clean, easy-to-use design and no ads flashing away in the margins.

The first section of the game is character creation. Here the player picks between two androgynous figures before choosing their preferred pronoun (he, she or they). Neither character wears any sort of make up and their faces are round and full, like they still haven’t lost their baby fat — which, looking back on my high school photos, is accurate.

The game begins the morning of the player character’s first day at Weasel Heights High School, having just returned from living in Paris. Immediately the player is thrown into the tumultuous world of high school intrigue, armed with some great snarky one-liners and supported by a homeschooled internet friend.

There are five potential romantic interests for players to choose from, or they can avoid romantic entanglement altogether. I found myself falling for the Turkeyhawk, a mysterious person in the school mascot uniform offering me a muffin. This character has its own Instagram account, courtesy of the game’s community of avid fans. 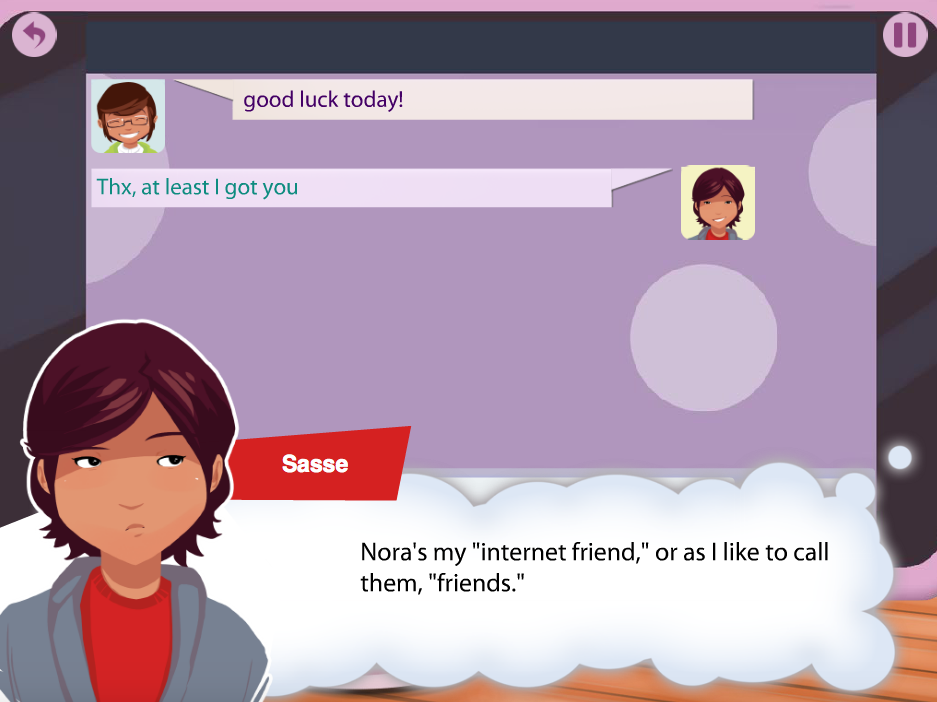 LongStory’s fans have been prolific in their fan fiction and art about the game and sent in personal stories that motivate Verburg and the rest of the team to continue development, even when it’s difficult to keep the momentum going.

“I’ve had players tell us stuff like ‘I use this to be myself because I can’t be myself in real life,’” says Verburg, “It’s a big motivation.”

Episode 6 of LongStory isn’t the only thing in the pipeline, either.

“I have secret plans,” she says, “I have ideas for story games for younger audiences, like meditative games for kids with anxiety. Stories that would unspool as they calm down.”

She says she also has ideas for adult stories, which could tackle more serious themes like drugs and sex.

“Like a visual novel version of The Wire,” she says, joking, then adds with sarcasm: “That’s not at all egotistical, to compare yourself to The Wire.”

But considering she’s pulled off creating a hit teen game that emphasizes self-acceptance and empathy in a world where the Kim Kardashian game rules supreme, she may just be up to the task.