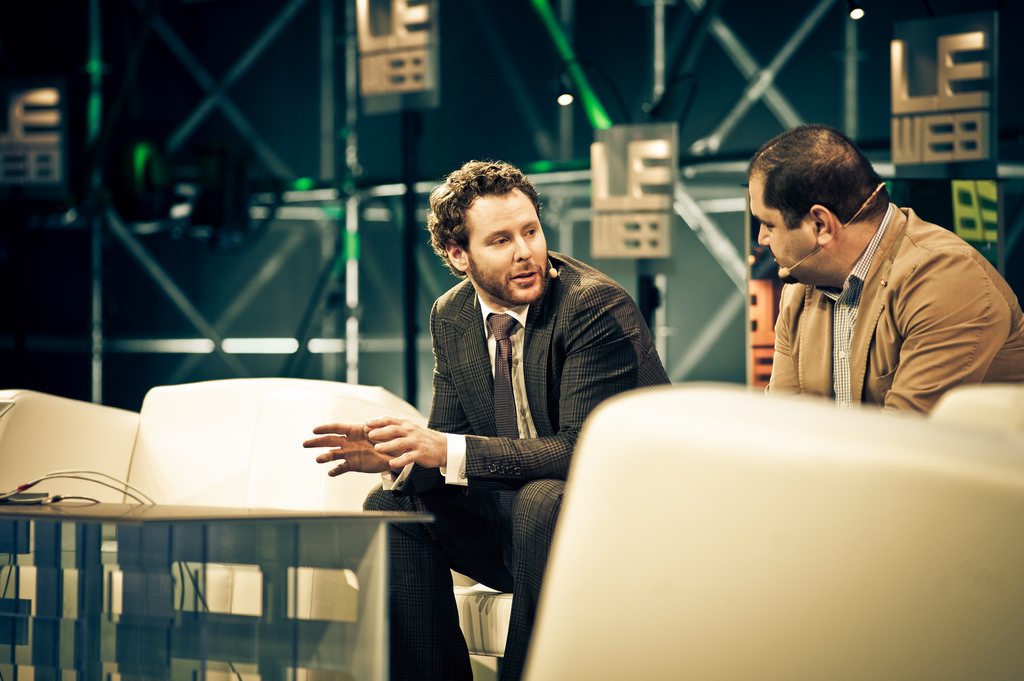 Sean Parker is adding another chapter to his startup war story. The Napster co-founder and early-stage Facebook president announced this morning that Airtime is relaunching as a mobile app on iOS and Android.

The app lets users create a room and invite others to join it to experience any form of media, including music, images or videos, collectively.

Airtime originally launched in 2012 as a web-based video calling app. Although its launch was marked with pomp and circumstance, featuring big parties, celebrities and $33 million in Silicon Valley investor funding, Airtime quickly fizzled out.

Regardless of the fluff, the web app didn’t live up to its expectations. Even in 2011, releasing a desktop-first video calling app didn’t make much sense. Worse, users reported that the site was riddled with technical glitches and its user interface made it difficult to use.

In the summer of 2014, Airtime was mysteriously taken down and replaced with a placeholder site. The company that galloped into the tech space on the back of a glorious stallion in 2011 rolled back out just two years later wobbling on a broken down skateboard.

The app has done substantially better than Airtime ever did and has been a featured product 46 times in 28 different countries. After OkHello, which has since been removed from the App Store, had been featured in the App Store for almost a year and a half, the Airtime website officially went silent.

The app may have been down, but the company was not out. For the past two years, Parker has been working towards relaunching the product and hired David Klaus out of the New York city-based incubator K2 Media Labs as the President to oversee the project.

Parker has made his way around Silicon Valley once or twice. He first earned his chops at the age of 19 after his music streaming startup Napster gained international popularity.

Since then, he’s founded the contact management startup Plaxo, played a significant in the early days of Facebook, and has tried (several times) to launch a video chat platform.

The new and improved Airtime will function more like a chatroom, where users can invite up to six people to join a group and can share media and messages with that group. The app is meant to simulate the experience of being in the same room with the members of your group.

You can get the group’s attention by sending out what’s called a signal. Though only six people can chat and post at once, as many as 250 people can be given access to monitor what’s going on in any room.

Parker’s made it clear that he’s not giving up on Airtime. Perhaps this time around, Airtime will actually go on to “rewire the social graph.” Good luck, soldier.