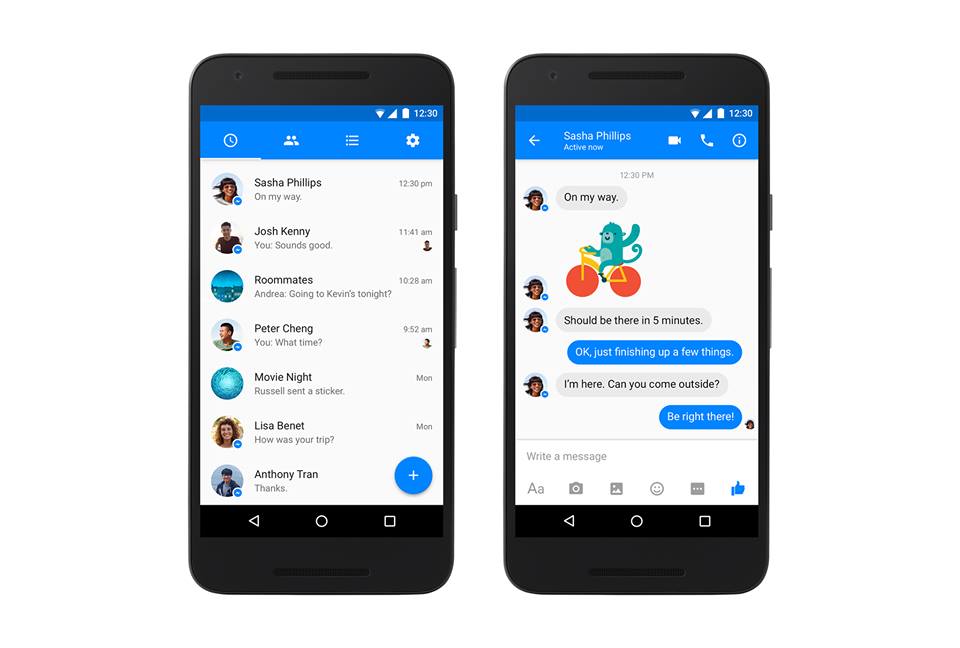 At F8, Facebook’s annual developer conference in San Francisco, California, the company offered a glimpse at the future of its platform, as well as a look at several of the new features that will come to the company’s apps.

Starting with its Messenger Platform, where chatbots will allow users to communicate with businesses through the Messenger app, Facebook plans to add a more significant AI component to its apps.

Furthermore, the company plans to build out Facebook LIVE, its streaming video platform, to become a permanent tab in the Facebook app over the next five years.

“We’re developing a whole family apps to create a world class experience for all the different people that you want to share with,” said Facebook CEO Mark Zuckerberg during his F8 keynote today.

While these are features regular users will have to wait some time to check out, the company also announced one new feature everyone start using today.

The head of product for Messenger Stad Chudnovsky said in a post on the Dropbox blog that the goal of this new addition is to allow everyone to communicate with the people they care about. “Giving our users the ability to share their Dropbox videos and images in Messenger threads with just a few taps will help them bring more style and personality to those conversations,” he said.

Facebook was expected to make several Messenger announcements at the conference, including the unveiling of “chatbots” that automate conversations with brands and retailers. This was predicted by outlets like re/code and Mashable.

As of today, developers can begin building bots for the beta version of Messenger Platform. Developers can choose to use M, Facebook’s early-stage digital assistant to build even more complex bots.