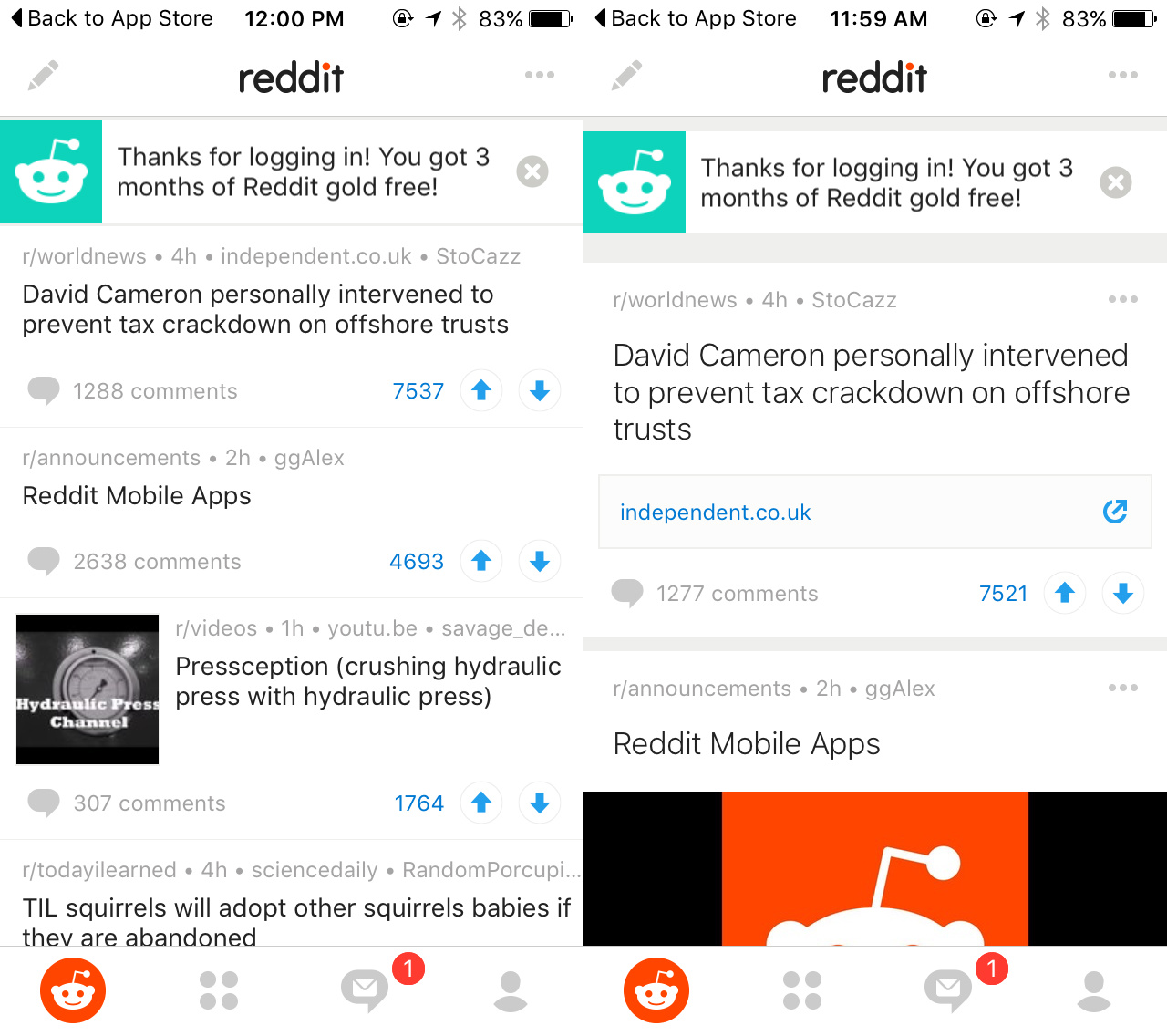 The long-awaited official Reddit mobile apps have finally arrived in Canada, the U.S., the UK and Australia. The apps were officially announced for both iPhone and Android this morning via posts on Facebook and Reddit. This will mark the first time Reddit has put forth a cohesive and official mobile app presence on both platforms.

Reddit for iPhone is taking over from Alien Blue, the site’s previous official iOS app, which Reddit purchased from its creator, Jason Morrissey.

“What started last year as a plan to update Alien Blue to make it bigger and better—grew into a much bigger project. We now have a beautiful, functional new app for iOS that we’re confident will be the best way to access Reddit content on your phone,” said Ashley Higgins, mobile product manager at Reddit in a post on the Alien Blue subreddit.

Higgins noted that the new app will be separate from Alien Blue, and that Alien Blue will continue to be available to its current users should they prefer it. Reddit is, however, ceasing work on it and removing it from availability on the store.

On the Android side, this is the first official app that Reddit has launched. It is already facing competition in the form of popular third-party clients such as Reddit is Fun, Baconreader, Reddit News and Reddit Sync. During launch week, Reddit is offering three months of Reddit Gold for anyone who logs in to entice users to the new platform.

Reddit VP of Consumer Product Alex Le-I posted that despite hoping users enjoy the new app, Reddit is not aiming to wipe out the unofficial apps.

“Our third-party apps are great—they’ve filled the void during the time when we didn’t have apps. If you enjoy these other clients, please keep using them. We’re going to focus on making our apps the best they can be for as many Redditors as we can.”

Le-I is among the Reddit staff who are currently taking comments and suggestions on the site. So far, regional availability surfaced is the chief concern among commenters. Higgins assured users that the app will be available in more countries very soon.