This is what the inside of the Oculus Rift looks like 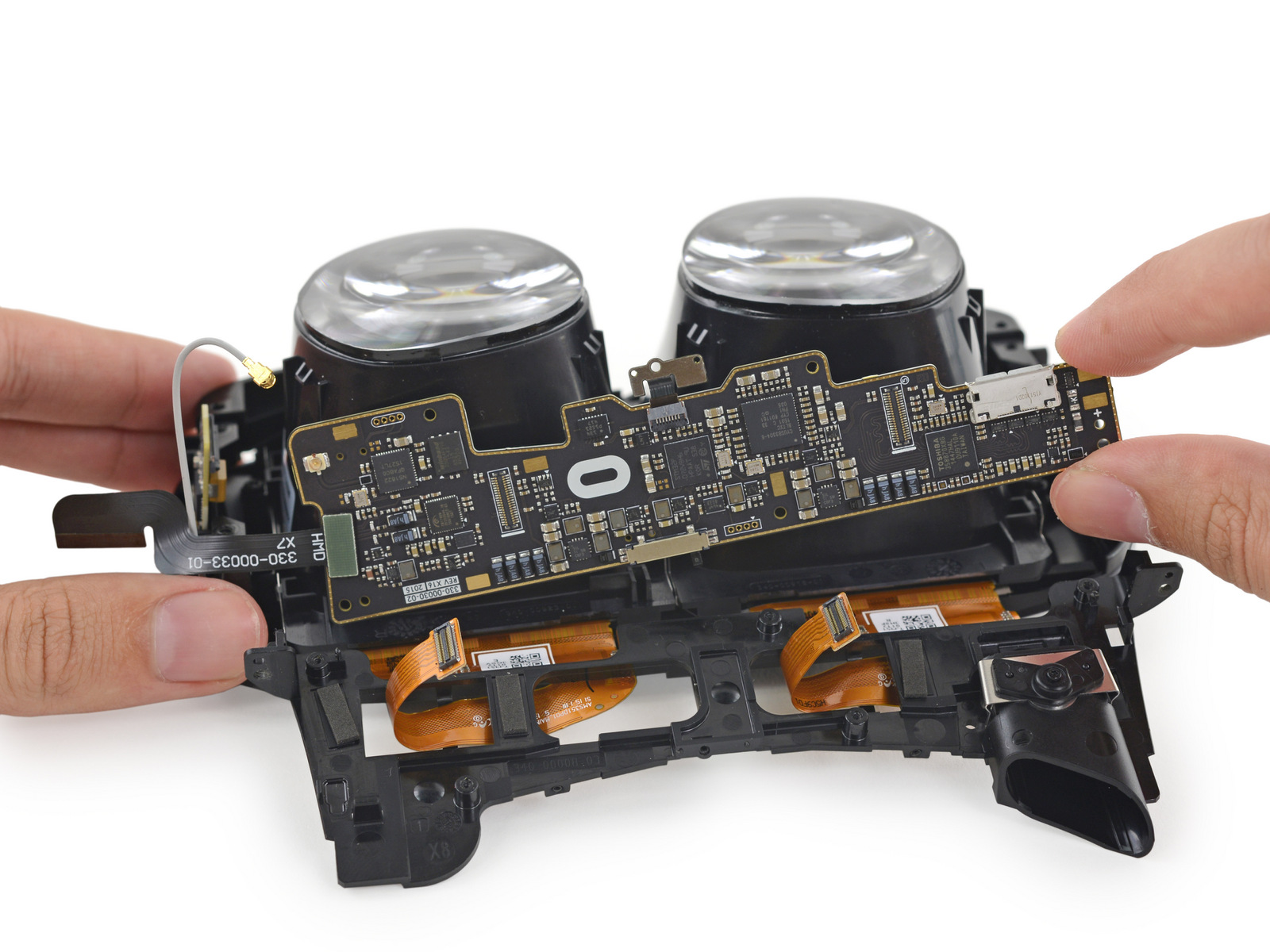 In the realm of modern electronics and do-it-yourself repairs, modern devices aren’t nearly as easy to repair as they once were.

When it comes to new technology, components are often tiny and very specific. With smartphones, it’s often a little easier to get your hands on a new screen, but new products in the virtual reality space make for very interesting repair projects.

This week, the Oculus Rift finally started to ship out to customers, which means it was inevitable that iFixit would be getting its hands on a finished model. Since the repair experts have already torn apart the development versions of the VR headset, most of the steps required to dismantle Facebook and Oculus’ headset were familiar, but that didn’t make the process any less interesting.

When compared to early development kits, the final Oculus headset is actually more difficult to take apart than its predecessors, although earlier iterations of the headset were very rated highly in terms of repairability. Even though VR is still relatively new technology, and spare parts to take repairs into your own hands are not easy to find, it’s good to know even amateur technologists can open things up and explore the hardware.

Many of the pieces of this headset, including the intricate system of lenses and custom electronics, are certainly worth checking out in the full teardown over at iFixit.