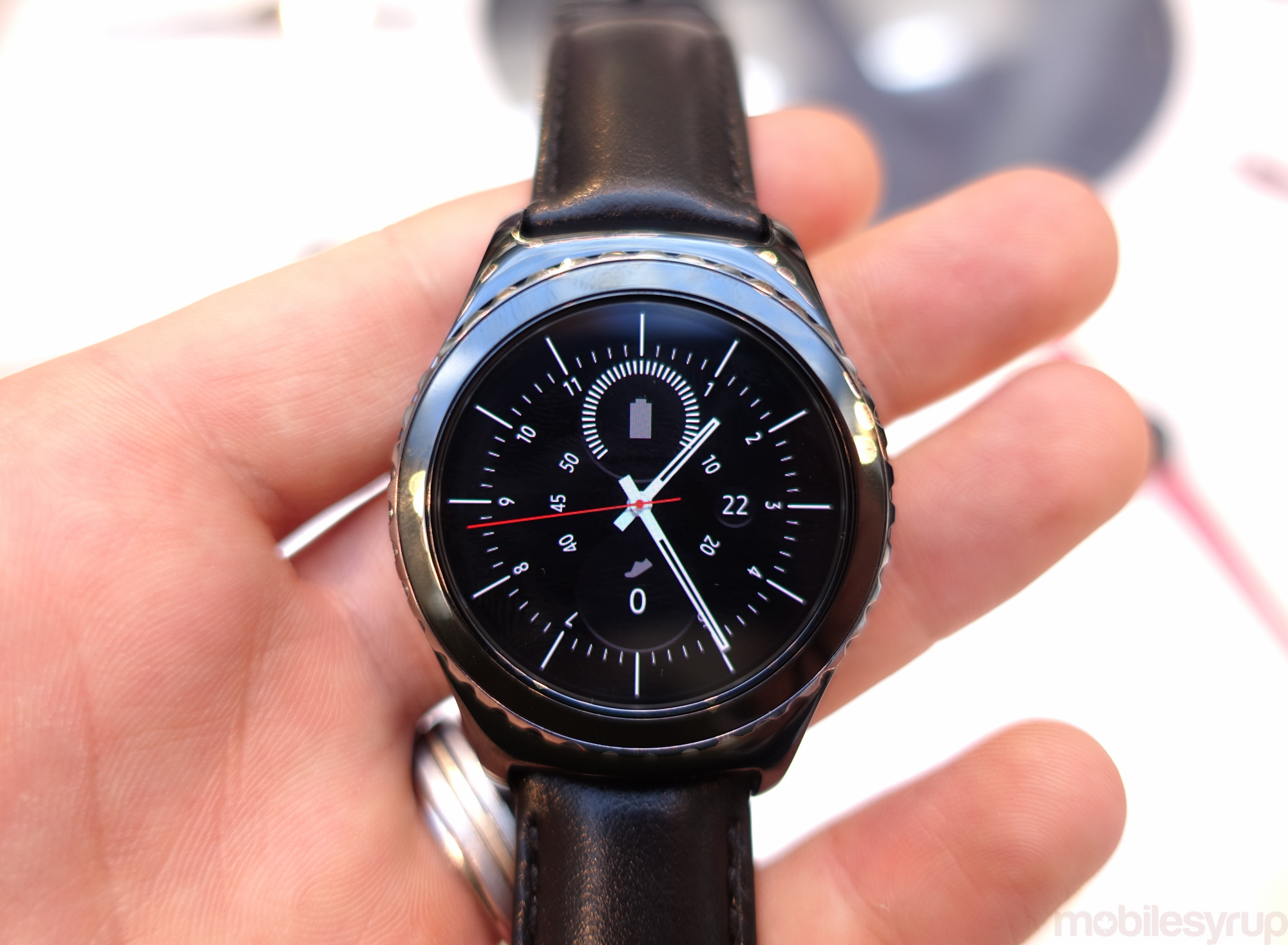 Samsung today announced it will launch an eSIM variant of the Gear S2 in March.

When it makes its way to market, the new Gear S2 will be one of the first consumer-facing devices to drop a physical SIM card in favour an all-digital one.

There are several advantages to the new standard. For wearable devices like the Gear S2, ditching a nano SIM slot means more space to devote to other internal components, particularly higher capacity batteries. More significantly, eSIM-capable devices will allow consumers to switch more easily between carriers. Unlike with a smartphone or wearable that needs a new physical SIM card to access a new wireless network, eSIM devices only need to be reprogrammed to facilitate a switch.

For the time being, it doesn’t appear Canadian carriers are ready to embrace the standard just yet. None of the carriers set to carry the new Gear S2 eSIM variant operate in North America, though that could change between now and the end of February.