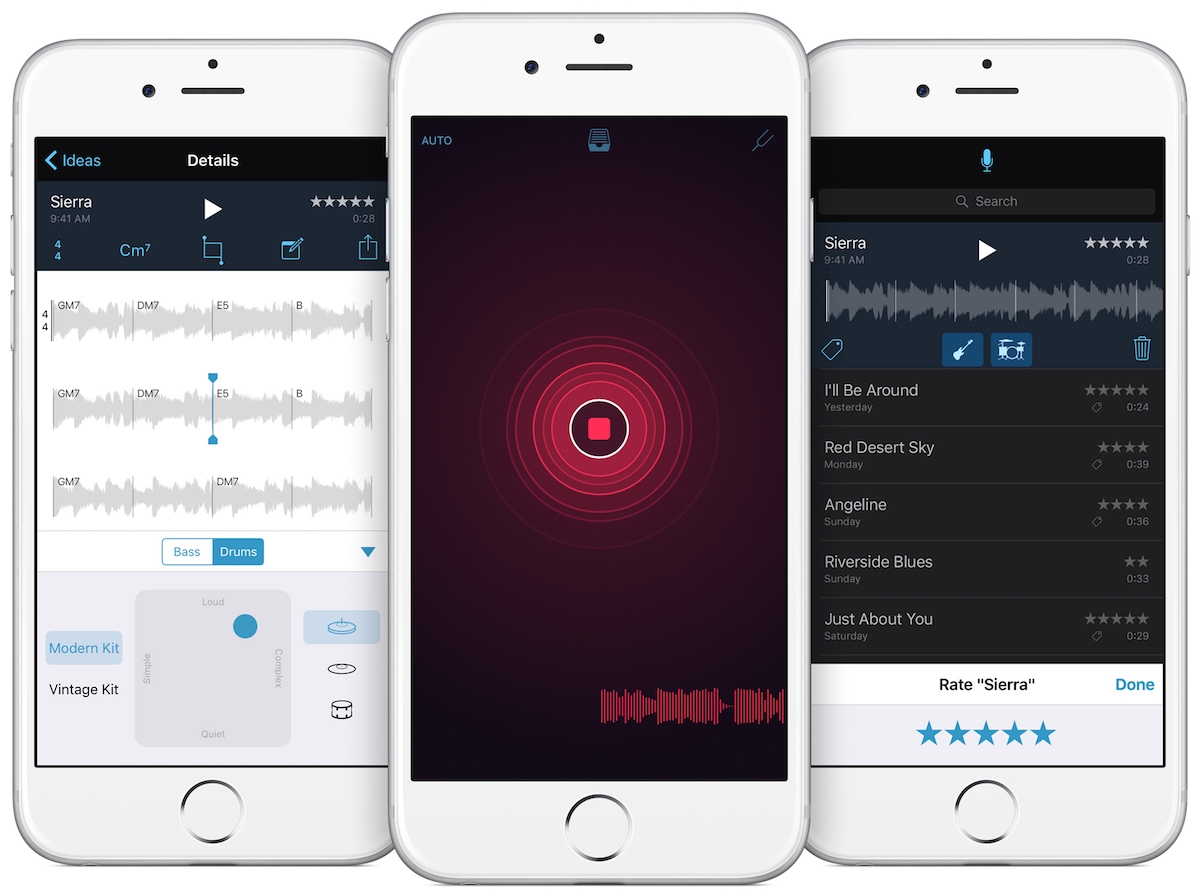 Every iPhone user relies on a few basic pre-installed apps to get them through the day: Notes, for, well, note-taking; Calendar, for keeping track of meetings; Calculator, for when figuring out the tip is too darn hard; and Voice Memos, because sometimes one just needs a place to recall his or her latest ramblings. I know I do.

Today, Apple has introduced a musical Voice Memos app, something that pro musicians and their amateur tinkerer equivalents are going to be equally excited about.

Aptly called Music Memos, the free app, available today for the iPhone and iPad in the App Store, allows users to record live music, such as guitars and piano, and augment them using intelligent dynamic drum or or bass notes to flesh out the idea. The app also acts as a single repository of all musical ideas, including working lyrics, snippets of real-world sounds and whatever else one uses in their song-writing endeavours.

Apple says that the app was born from analyzing the existing community of iPhone users who already create music on their phones. “Musicians around the world, from the biggest artists to aspiring students, use Apple devices to create amazing music; the innovative new Music Memos app will help them quickly capture their ideas on iPhone and iPad whenever inspiration strikes,” acknowledged Philip Schiller, Apple’s senior vice president of Worldwide Marketing.

Music Memos syncs through iCloud, and clips can be imported into GarageBand for further tweaking. That storied music brand has also received a big update today, adding Live Loops and a new Drummer feature for aspiring DJs and other EDM musicians.

While celebrity endorsements aren’t always effective, Apple gave popular singer-songwriter and acclaimed Taylor Swift coverer Ryan Adams early access to Music Memos, who said, “It quite literally blew my mind how Music Memos could transform a single guitar idea into a whole composition with a virtual drummer loose enough that it felt like you were having your mind read by some A.I. musician and a choice of stand-up or electric bass accompaniments.”

Music Memos is available for free through the App Store.