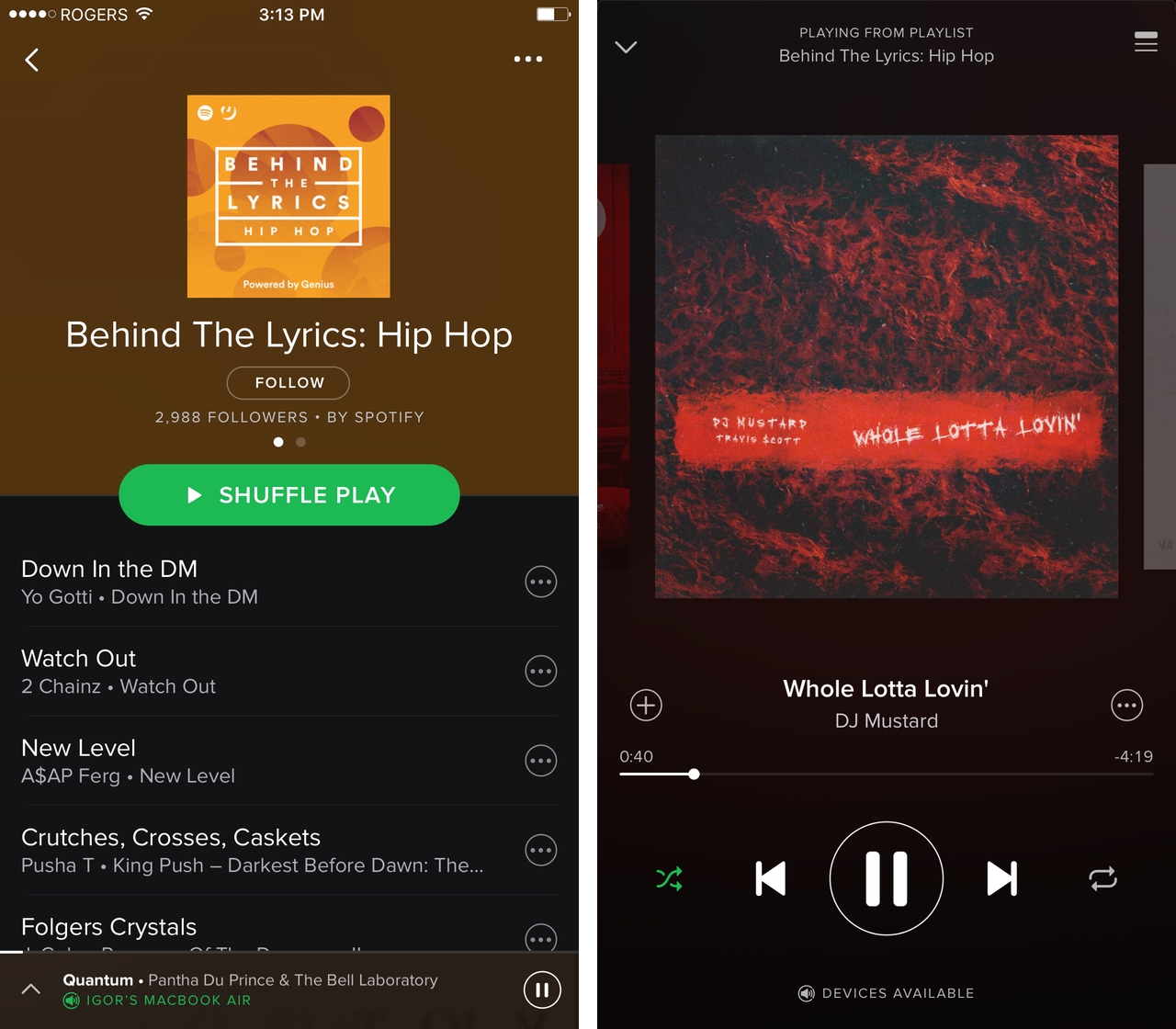 It’s a match made in heaven, or at least as close to one as one gets in the tech world.

Spotify today announced that it has partnered with Genius, the iOS and Android app that allows users to look through thousands of annotated song lyrics sourced from artists and experts. Starting with its newly released “Behind the Lyrics (Hip-Hop)” playlist, the Spotify app will now show lyrical excerpts, fun facts and annotations while the user listens to songs from Pusha-T, Tinashe and Diplo. Simply clicking play on a song that supports the new feature will cause the app to display information from Genius. The catch is the user needs to be looking at their screen to see the content.

Currently only available in Spotify’s iPhone app — and then only with the iPhone 5 and higher — the company says the feature will make its way to other playlists, songs and platforms in the future. “We’re just getting started! Expect the Genius treatment on much more music you love soon,” says Spotify on its official blog.

In December, Genius updated the Android version of its app to allow it to provide users with song lyrics as they’re listening to a track. Once the user grants the app access to their phone’s notifications, the app will send, in real-time, a notification that jumps the user into the Genius app and allows them to follow along to the lyrics the song they’re listening to.