Rick and Morty are invading mobile devices next week 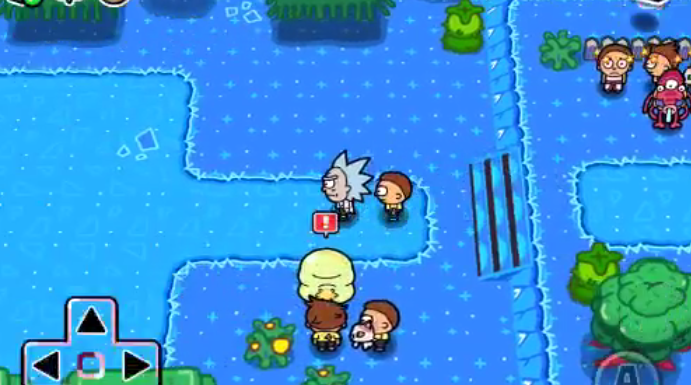 Licensed games are rarely worth downloading, but this one certainly looks like it might be. Rick and Morty, characters from one of the best animated shows on television, are set to star in a new mobile game called Pocket Mortys.

As you might have guessed, Pocket Mortys is a parody of Pokemon, often known as Pocket Monsters in Japan. The game apes Pokemon’s trademark art style and early screenshots seem to indicate the game is set to feature the same type of turn-based combat the franchise  has had since its earliest days. While little is known about the game right now, it’s likely that Pocket Mortys is set in a parody world of the Pokemon universe.

Justin Roiland co-creator of Rick and Morty, is a fan of gaming and has stared in William Pugh’s Dr. Langeskov, The Tiger and the Terribly Cursed Emerald: A Whirlwind Heist. Pugh’s previous work includes critically acclaimed indie office simulator, The Stanley Parable. Roiland is also reportedly working on his own virtual reality game, although this title unfortunately won’t have anything to do with the Rick and Morty universe. Dan Harmon, Rick and Morty co-creator and the creator of Community, reportedly did voice over work for Pocket Mortys.

According to a recent Tweet from Adult Swim’s official Twitter account, Pocket Mortys is set to release on January 14th for free on both iOS and Android. It’s currently unclear if the game will be supported by in-app purchases.

Show us what you got.