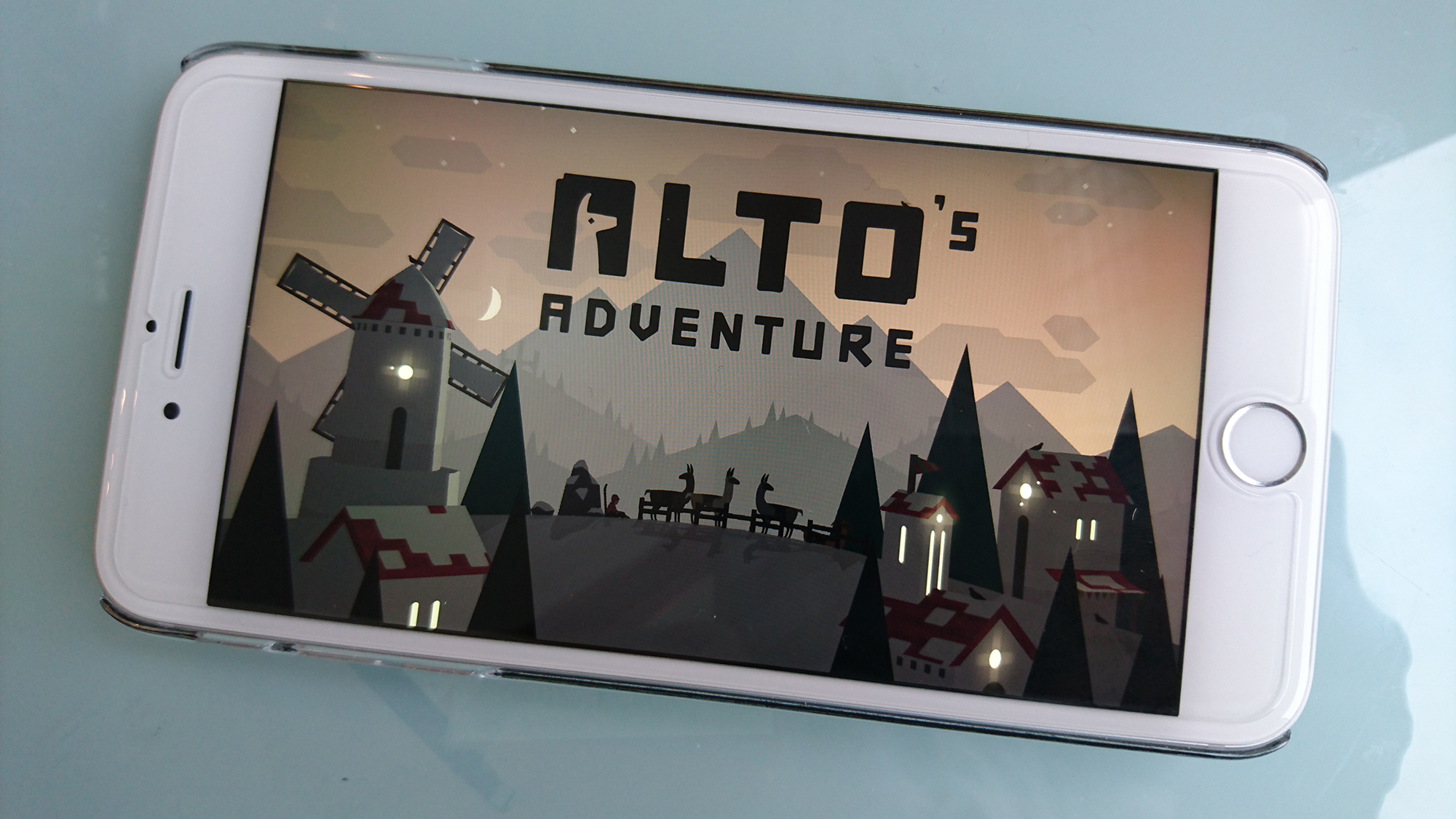 Smartphone gaming has a less than stellar reputation in the mind of many video game players, but the platform is becoming an increasingly relevant area of the gaming world.

There are also a number of awesome mobile games out there right now. While it might not be a traditional Christmas gift, a Google Play/App Store gift card is a quick fix and a great stocking stuffer.

And what better way to spend that gift card then on an awesome mobile game? Below are the top six mobile games worthy of your hard-earned cash.

Downwell is a throwback to a simpler time in gaming when colour palettes consisted of just a few shades. Players navigate down a well while avoiding foes and traps, grabbing much-needed health whenever possible.

In Downwell, you’re also able to jump, and while airborne, can fire downwards, which takes out enemies and also blasts through destructible walls. It’s the type of game that’s simple to pick up but difficult to master. Achieving a high score in Downwell is no easy task.

Downwell is $1.19 on the iOS app store. The game isn’t out yet on the Google Play Store but is set to be released at some point soon.

Desert golfing is time-killing at its finest. The game is a never ending, constantly changing experience where the player’s only goal is to sink a ball in a hole.

While Desert Golfing resembles an Intellivision game trapped in a time warp from 1983, there’s a simplistic elegance to its minimalist visuals.

So go to the desert and hit some balls around – you won’t regret it. Desert Golfing is $1.49 on the Google Play Store and $2.29 on the iOS App Store.

Lara Croft Go: Lara is back and better than ever

Square Enix Montreal’s Lara Croft Go is one of 2015’s best mobile games and the successor to last year’s superb Hitman Go. Bringing a major console series to mobile is rarely an easy or very successful process, but with each subsequent release, Square Enix’s dedicated mobile studio continues to nail it.

In Lara Croft Go players navigate through and around a variety of traps, enemies and other obstacles, all while solving mind-bending puzzles. You’d think a turn-based Tomb Raider game wouldn’t work well from a mechanical point of view but the game is paced expertly and fits perfectly in the mobile space. Lara Croft Go’s nostalgic throwback visuals will also delight long time fans of the series.

Twenty-six new levels were also recently released for the game thanks to free update called ‘The Shard of Life,” adding even more value to the title. Lara Croft Go is priced at $3.49 (on sale) on the iOS App Store/Google Play Music and $5.79 on the Windows Phone Store.

It’s no mistake Monument Valley was featured in the latest season of Netflix original political drama House of Cards. It’s a great game and one of the few titles and is a perfect example of the kind of title that shows off the type of gaming experience mobile is capable of creating. Frank Underwood is onto something.

UsTwo’s Monument Valley starts off extremely simple, with most puzzles only requiring a few turns of the game’s isometric view before being solved, but the game quickly steps up its difficulty level, becoming exceedingly difficult. Expansion packs like Ida’s Dream and Forgotten Shores also help lengthen the game’s experience, combining to create one of the best mobile games released in the last few years.

This silent princess is definitely worth helping.

Toronto-based Snowman’s Alto’s Adventure is one of the few mobile titles that gets everything right. The game is simple, yet deceptively deep, features a progression system that isn’t overwhelming, and also offers a strangely relaxing gameplay experience.

In Alto’s Adventure the player takes control of a snowboarder that bounds over trees, houses, and chasms, all while periodically grinding across various objects and preforming death defying backflips. What makes Alto’s Adventure work so well is that the game doesn’t try to do something completely different. It takes an established genre – the endless runner – and improves on it in every conceivable way.

Alto’s Adventure is available on the new Apple TV and iOS (it’s cross-buy) for $3.49 and is set to come to Android soon.

Prune is a game about cutting trees. Yes, you read that correctly.

The player’s only goal in Prune is to help their tree reach sunlight. While this might sound like an easy task, it quickly becomes more complicated when the game introduces obstacles in your plant’s path. It’s also important to start the tree off on the right track by drawing a line indicating what direction its growth should take.

Like many games on this list of mobile titles, Pune is simplistic time-killing mobile gaming at its finest.